“Carroll County Boy Makes Good.”  Such might have been the headline of a local newspaper article in the early twentieth century when covering the success of Clinton N. Myers’ newly-formed Hanover Shoe Company.  Anyone driving through downtown Hanover, PA, today will spot what remains of that huge manufacturing complex which covered a city block and fueled much of Hanover’s economy for seventy-five years.

Although Clinton Myers achieved financial success in Hanover, PA, he was born in Bachman’s Valley, Carroll County, in 1876, the son of J. Wesley and Mary A. Schaeffer Myers.  His story is not one of rags to riches, but his family was not wealthy.  At thirteen he became a part-time store clerk in Melrose while still attending school.   Like many residents of the northern tier of the county, he was drawn to a job in Hanover.  He started there at 15 selling dry goods, then switched to bookkeeping for the Hanover Fertilizer Company, and earned valuable business experience interacting with dealers who sold the fertilizer.  Next he sold insurance.

By June 1899 when he was 23, he had become treasurer of a small Hanover-area shoe company in which his father served as a director.  At the same time, he became close friends with Harper D. Sheppard who hailed from Greenville, North Carolina, and by December 1899, the two young men had formed a partnership to lease the shoe business from its previous owner.  Their firm, originally called Sheppard and Myers, was formed on a “shoe string,” but it was financially backed by Clinton’s father and very soon the new owners earned the confidence of the banks and leather manufacturers they would need for future success.

Sheppard and Myers rapidly achieved their goal of selling their shoes only through their own retail shops.  Their first store opened in York in June 1900, soon followed by one in Reading.  At the time of Myers’ death, Hanover Shoe Company had 109 retail stores in 87 cities.  The company aimed to “make the best possible shoe for the money.”  The shoes, which initially retailed for $2.50, were advertised as “The Greatest Shoe Value on Earth.”

When Clinton Myers died July 23, 1954, he left a legacy to the citizens of Hanover in the form of the Hanover General Hospital, a huge arboretum on his farm along the Hanover-Littlestown Road and 1,300 acres of trees planted around the reservoir which supplies Hanover’s water.  He and Harper Sheppard enabled the city to acquire the water works, supplied an athletic field for the public schools and, most important of all, their firm supplied jobs to hundreds of Hanover-area residents from 1899 until 1974.

Between 1911 and 1914 the company built handsome matching brick homes for its co-owners Sheppard and Myers.  Clinton Myers’ house, now called the Warehime-Myers Mansion, stands on Baltimore Street and belongs to the Hanover Area Historical Society.   During March and April, it will display clothing from the period when the house was built which is on loan from Shippensburg University’s vast collection.   Included is a gown once worn by Clinton’s wife, Ethel Hamm Myers. 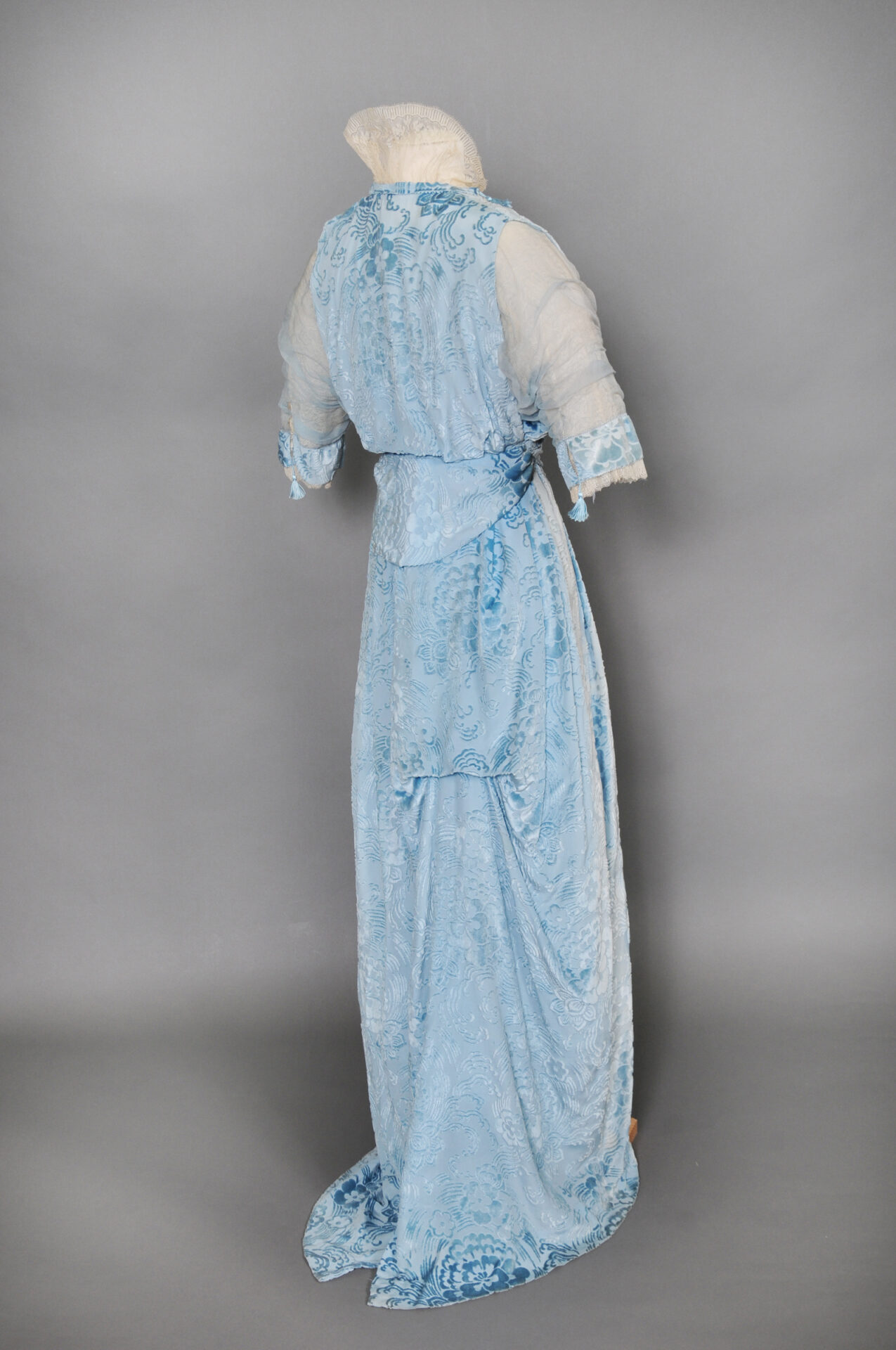 Photo caption:  This elegant gown was worn about 1912 by Ethel Hamm Myers, wife of Clinton N. Myers who co-owned the Hanover Shoe Company in Hanover, PA.  The couple lived in what is now known as the Warehime-Myers Mansion at 305 Baltimore Street, Hanover.