The Life of a 19th Century Doctor

All of us probably have a mental picture of the old-time country doctor traveling around the countryside in a buggy with a medical case full of pills.  Dr. Francis Jesse Crawford (1819-1885), who practiced in the area around Taylorsville, probably fit that image very well although, as an excellent horseman, he may have made his rounds on horseback rather than in a buggy!

When Crawford was born, his neighborhood was still part of western Baltimore County. During the winter months, he attended local schools and spent the rest of the year working on his family’s farm.  To raise enough money to study medicine, he taught school for several years during his late teens and then apprenticed under a respected Washington County physician.  His medical education, typical of the time period, was a combination of an apprenticeship plus attending lectures at a medical college.  He graduated from Washington University School of Medicine in Baltimore in the Class of 1843-44 and returned to Taylorsville to practice for the next forty years.

Waterloo Farm, Crawford’s lovely residence on Sam’s Creek Road east of Route 27, still stands.  Perhaps he had a small office there, but making house calls within a radius of five to eight miles was likely the most common way he saw patients.  From several of his account books now at the Historical Society of Carroll County, you learn his patients’ names and can plot just how far he actually traveled on period maps.  According to one source, there were eight physicians in 1882 covering the same area Crawford covered single-handedly before the Civil War.

Although most of his work was done long before doctors understood anything about bacteria, viruses or sanitation, J. Thomas Scharf wrote in his 1882 History of Western Maryland that Crawford “has not been excelled as a practitioner.”  In one year he reportedly made over 2,200 medical visits and delivered 65 babies.

It is difficult to gauge the full range of illnesses or accidents he handled from account books covering 1849-1851 and 1855 because the entries generally provide minimal information about each patient visit – usually nothing more than the pills he prescribed (identified only with a number) and what he charged.  The entries are listed by date under the patient’s name, so it would require a great deal of study to track any local epidemics and he never included a diagnosis such as typhoid fever, scarlet fever, measles, etc.

The few specific details about cases which can be gleaned show that he extracted teeth, treated his patients by bleeding and “cupping,” techniques which had been practiced for centuries, lanced abscesses ($2.00), delivered babies (he used the French word accouchement) for $5.00 to $8.00, occasionally vaccinated people ($2.50), reduced hernias ($2.00) and so forth.  A daytime visit including pills usually cost $1.25 while a night visit was higher.  It would be interesting to know more about the ingredients in the various pills he dispensed and why he didn’t record the illnesses he must have encountered.

Dr. Crawford’s background and techniques were probably very typical of those practicing medicine in rural America during the mid-nineteenth century. 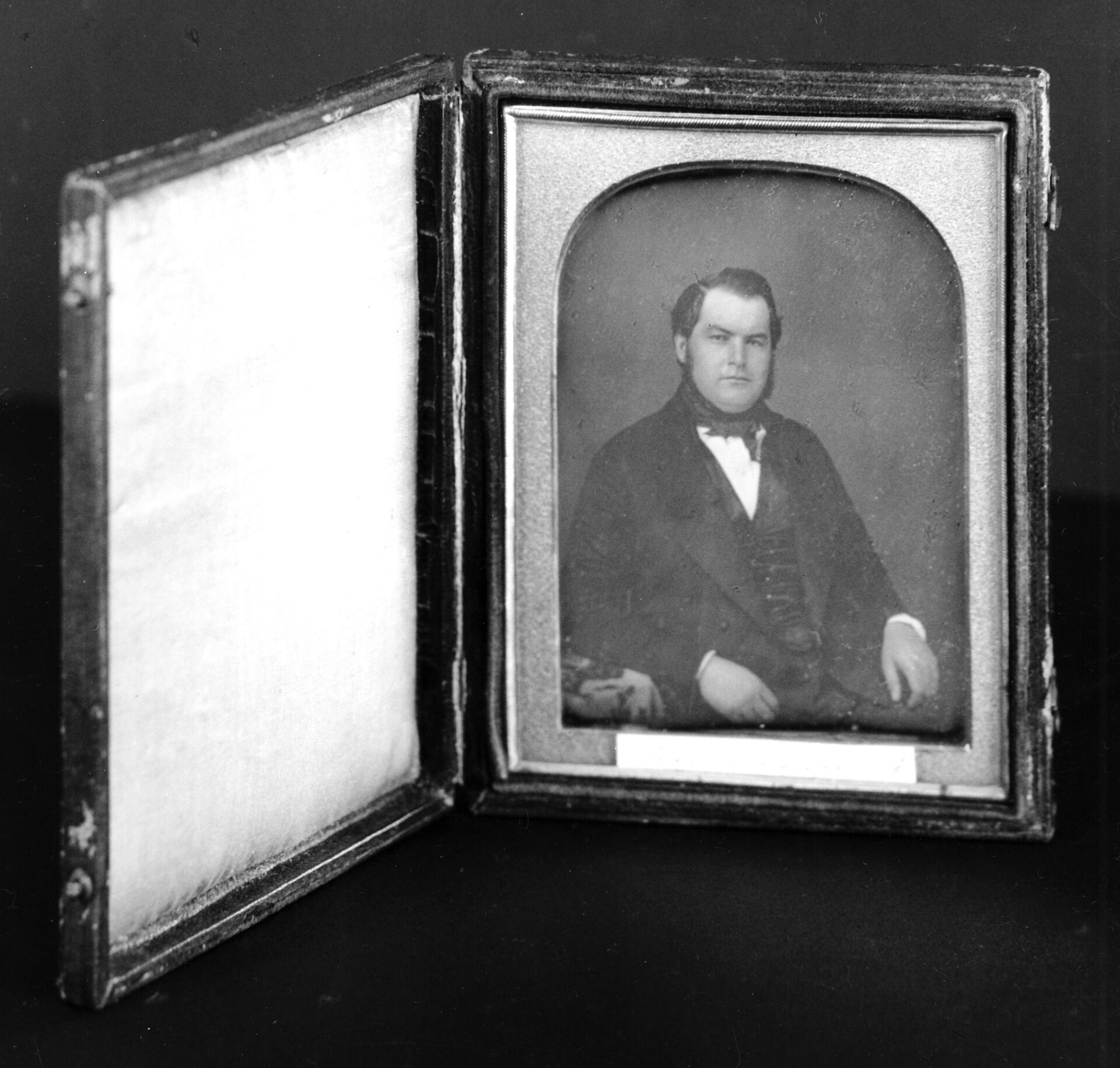 Photo caption:  This ½ plate daguerreotype c.1850 shows Francis Jesse Crawford when he was about thirty years old, not long after he began a forty-year career as one of Carroll’s country doctors. The image was a gift to the Historical Society of Carroll County from Mrs. F. Albert Crawford.