A Century Ago, Maryland Women Fought for – and Finally Won – the Right to Vote

During 2020 we are likely to read a lot about women’s suffrage, so it is important to know just where American women’s civil rights stood one hundred years ago. Maryland women had no right to vote as the year 1920 began. Although Congress had passed the 19th Amendment in 1919, ratification by 36 states was required and Maryland’s legislature had not made its decision.

Opposition to the amendment by an organization calling itself “The Association Opposed to Woman Suffrage” appeared in Maryland newspapers, but proponents of the amendment argued in a paid advertisement on January 10 that the Association was using “the same tactics which have been employed in other States where unsuccessful attempts have been made to hold back the ratification of the Federal Woman Suffrage Amendment….”

A letter in Westminster’s Democratic Advocate on February 6, 1920, from Matilda B. Maloy, Publicity Chairman of a pro-suffrage organization, said, “Every Marylander, for suffrage or against it, will agree that it is of the utmost importance that the decision of the General Assembly of Maryland on this question be made, with a full understanding of its merits.” She continued, “In the interests of fair play we ask the press of this State to open its columns to the suffrage side of the case….”

“What is the matter with the Southern women, including those of Maryland, that they should be excluded?” wrote Ms. Maloy. “The South will find, as the National American Woman Suffrage Association has found, but one answer to the question. There is nothing the matter with Southern women. Their political acumen, their wit, their beauty, their enthusiasm, enliven and strengthen every gathering in the land.”

By the summer of 1920 Maryland, Alabama, Georgia, Louisiana, Mississippi, South Carolina, and Virginia had rejected the amendment. Tennessee’s legislature, by a single vote, ratified it in mid-August and women across the entire country could vote in November’s national election.

An announcement in the August 20, 1920, issue of The Times [Carroll County Times] notified women that they must register before voting and local supervisors of elections were told to make all necessary arrangements.

It is impossible to determine the number of Carroll County women who voted in 1920, or even the number who registered once given the right. The turnout for elections, even presidential ones, is far from 100 percent of those eligible. In 1916, 7,615 men voted in Carroll County’s presidential election. In 1920, the number of voters was 10,067. Even if the county’s male population increased by several hundred in four years, it seems fair to say that at least 2,000 women had claimed their right to vote. Across the U.S., eight million women voted. 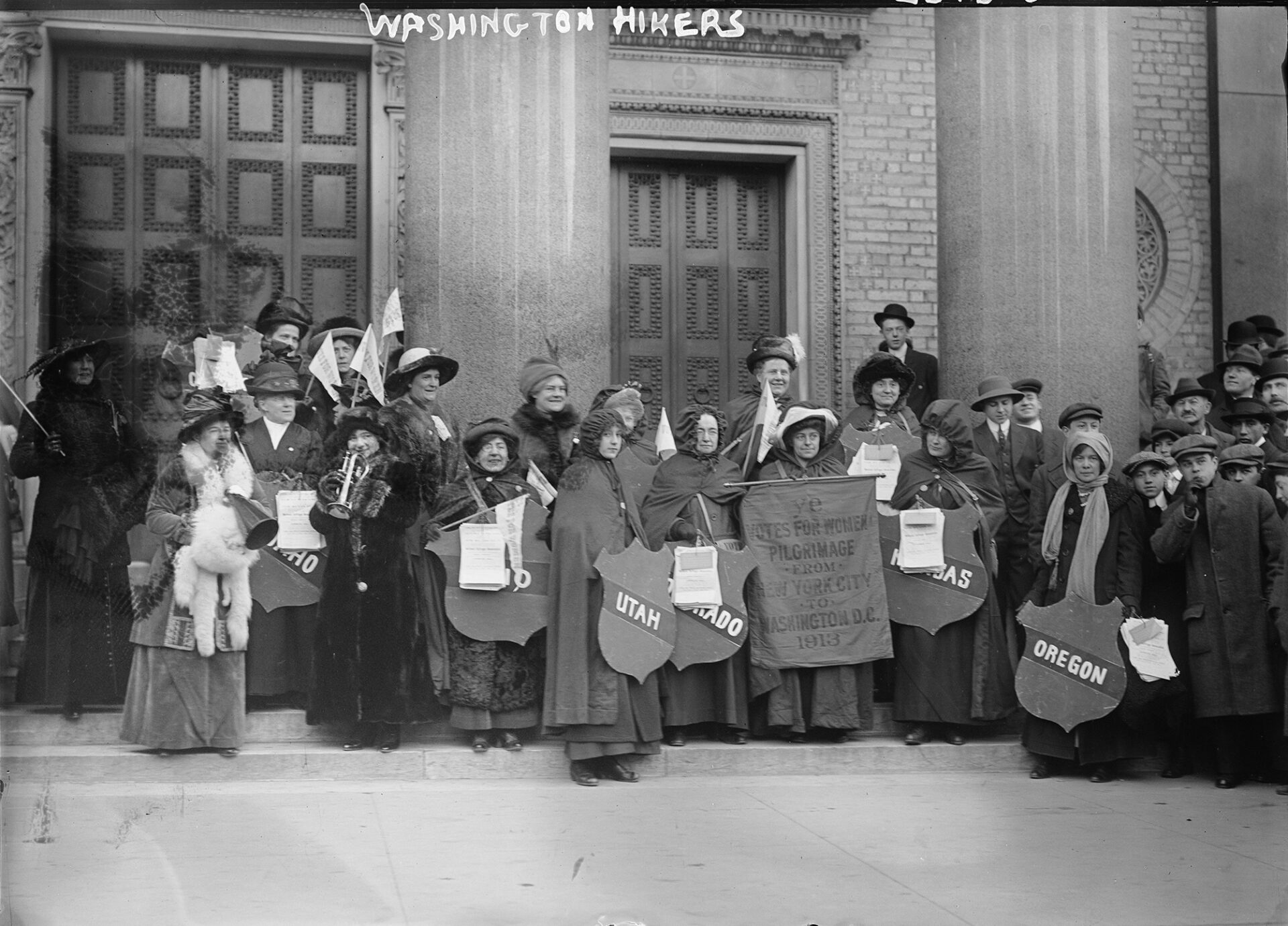 Photo caption: A group of suffragettes gathered in New York City in 1913 prepared to march the 295 miles to Washington, D.C. to support the suffrage movement. It took seven more years before the 19th Amendment was ratified by 36 states and became the law of the land.