12 October 2014 – Tracking the Names of “Outdoor Pensioners” Through History

12 October 2014 – Tracking the Names of “Outdoor Pensioners” Through History

Tracking the Names of “Outdoor Pensioners” Through History

For several months I’ve been working on a project for the Carroll County Genealogical Society using information from the county’s annual financial reports published in old newspapers. There are so many names and fascinating tidbits to be discovered!

I’m tracking the names of “outdoor pensioners” – residents who received what we would now consider welfare that came from the county’s coffers, not from the state or federal government.  In the 1880s, a pensioner’s yearly stipend ranged from $5 to as much as $75, depending upon his or her circumstances, which are rarely explained. The average stipend was about $20. Someone who was blind, crippled, or with dependents might receive more. Many names appeared on the rolls for years and others only a short time. Readers are left wondering how far needy people could stretch $10, $20, or $30 a year even considering the prices of food, clothing, and shelter during that period.

The financial reports also listed the payments for treating local residents at hospitals for the insane such as the Maryland Hospital or Mt. Hope Retreat. When a family couldn’t afford to pay for a loved one’s coffin, the county picked up the tab and listed the names of the coffin makers being reimbursed. F. A. Sharrer & Son, located in Westminster, furnished many coffins, and the names of other makers also appear, but the reports never named individual paupers. The county also paid for inquests “over the body” of anyone who died under questionable circumstances.  Those names are listed.

There was a very detailed report covering the finances of the Carroll County Alms House showing the salaries of the steward/superintendent, teamster, maid, washerwoman, and other staff. If you wonder how much was spent on the residents’ food and clothing, that also appeared.  The steward kept track of the number of local men, women, and children who were full-time residents as well as tramps who showed up looking for free meals or a place to lay their heads for the night. Meals served to tramps often numbered in the thousands each year. Managing the Alms House was not an easy task, so the steward’s $400 salary in the 1880s was well-earned.

You might chuckle over the breakdown of other county expenses. In 1887, a $1.00 ticket hurried a vagrant named F. Grapy out of the county on the Western Maryland Railroad. Samuel Elder earned $5.17 for cleaning the water closet at the jail.  E. J. Yingling received $1.50 “for guarding Jesse D. Brown one day while under arrest at her home, and not being in condition to be taken to jail.” Jacob Thomson’s team of horses was used in the arrest of burglars who robbed Davidson’s store in Taneytown and Thomson was paid $10.00. Pity the accountants who kept track of this information, but what fun to read it today!

If your ancestor lived here long ago but seems to have dropped off the face of the earth, try looking in these reports. Although that person may be the family’s “black sheep,” finding him or her is an important part of your family history. 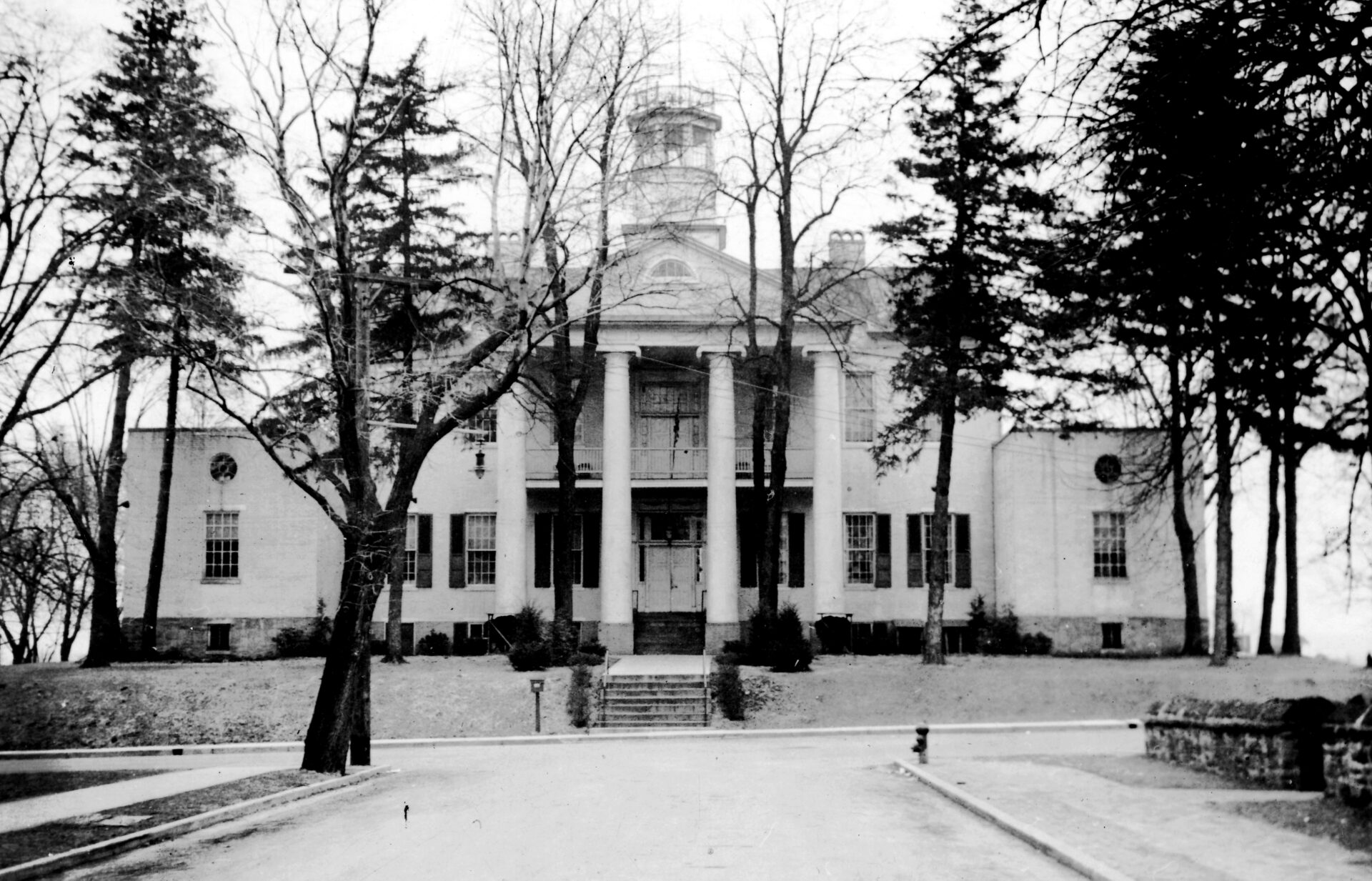 Image caption: Long before Carroll County built more structures to house local government departments, most of its business was handled here in the beautiful old court house. The center section was begun in 1837 and the wings added later.