As the United States pulls itself out of this “Great Recession” we have experienced the last few years, it is interesting to look back at earlier recessions and depressions to see how they affected Carroll County.

The Great Depression, which began in 1929 and lasted much of the following decade, is something which still conjures up memories in the minds of many people.  You, your parents, or your grandparents surely remember the hardships connected with massive unemployment, loss of life savings, and the plight of farmers, particularly in drought-stricken regions of the country.  But the U.S. had suffered through other depressions before that.

Looking at 1894 issues of Westminster’s Democratic Advocate newspaper, I found a number of references to the very serious depression which began in 1893.  It was the worst the country had faced up to that time, but paled in comparison to the next big one.  Unemployment stayed in the double digits for more than five years, something which seemed unimaginable when the U.S. economy had appeared so robust on the surface.

The Advocate cut the price of a year’s subscription in half – to just $1.00.  Admittedly, the paper was only four pages in length and came out once a week, but the price was $1.50 in 1865!  I didn’t think much about the reduction until it dawned on me that this was a year after the depression began and it was obviously being felt in an agricultural community like Carroll County.

A letter to the Advocate editor dated March 20, 1894 from “A Friend of the Laboring Man” revealed how bad things were getting locally:

“Some farmers of this community held a meeting at Linwood, on Saturday last, to consider the feasibility of lowering the wages of the day-laborer and decided to make a cut of 15 to 25 per cent, on present wages…Before these few farmers, who seem to regard the day laborer as their inferiors, began to tamper with the farmers of this vicinity, the laborer received 75 cts. to $1 a day for his work and no one complained …

“Some of these farmers say the laborer lives too high, because he has as good food as the farmer.  They seem to think corn pone and fat bacon good enough for the poor man…”

Wages for day laborers hadn’t changed significantly for years.  There are references to what Taneytown construction workers made building houses in 1832 – $15 to $22 per month.  Sixty years later, men who performed hard manual labor in farm fields were earning roughly the same amount, and their work was seasonal to boot!

A newspaper article that also appeared in March was titled, “Reduction in the Price of Gas.”  It described the Westminster Gas Light Company as “burdened with debt and struggling against excessive freight costs,” but said the firm was willing “to cater to the public by reducing the price of gas 33 1/3 per cent.”  Residents were urged to “show the company that you appreciate their efforts in giving you a good gas and at reasonable prices.” 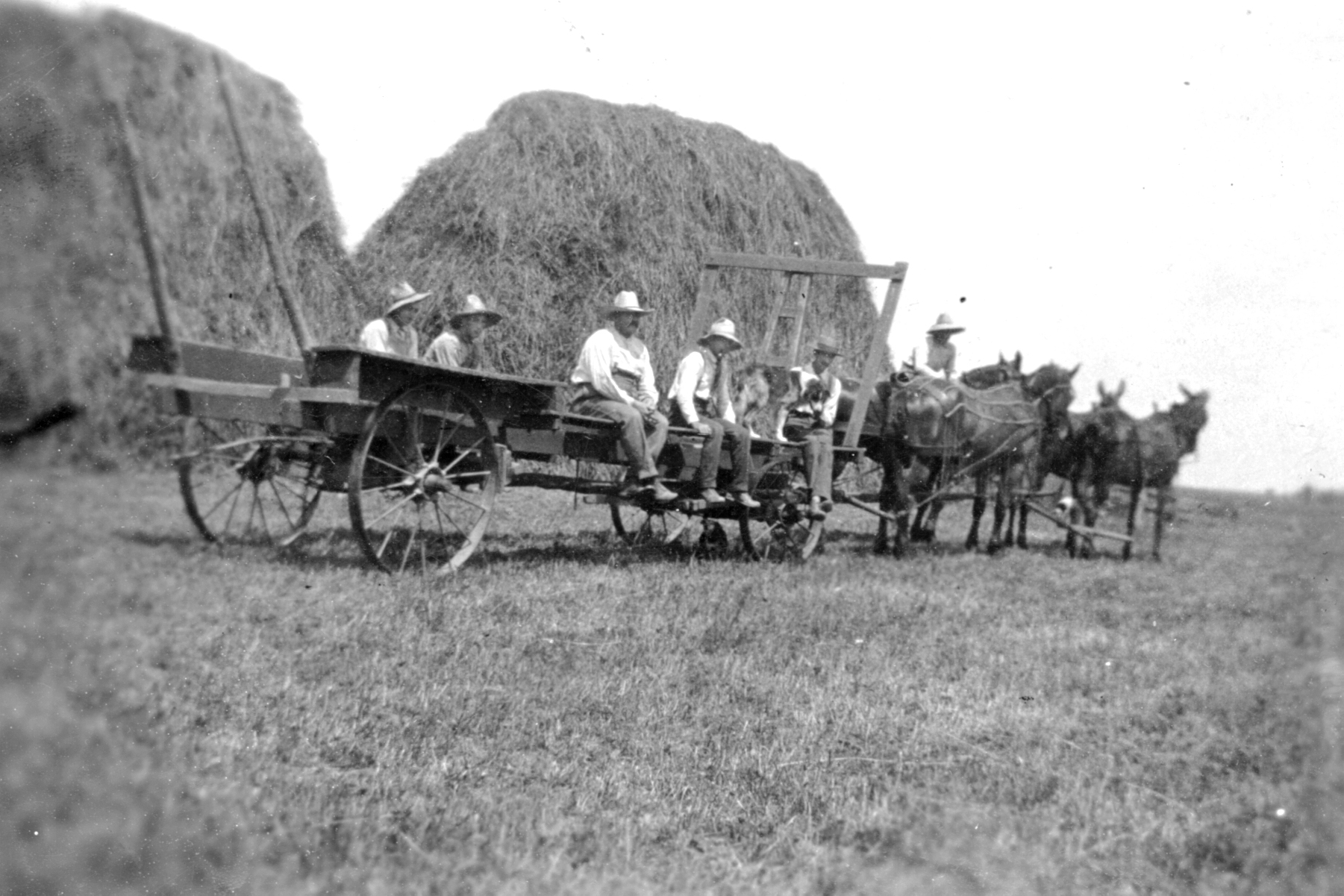 Photo caption: Farm laborers such as these on the Royer were paid between 75 cents and $1.00 for a day’s work at the end of the nineteenth century.  When the Depression of 1893 hit, some local farmers wanted to cut their wages by 15% to 25%.