While searching for new material to celebrate Black History Month, I uncovered a valuable local resource – the “Journal of Proceedings of the Board of School Commissioners of Carroll County” – more likely known as the “school board minutes.”

Beginning in 1865, the microfilmed minutes offer the most accurate picture of the development of the County’s educational system for both blacks and whites.  Many pages in the first few years are unreadable, but with squinting and patience, I found interesting material to supplement what I wrote here in 2009 on black schools.

In 1876, the school commissioners declared that “African” schools “shall be opened at the following normal places: one in Westminster, one at Muttontown [outside Uniontown], one at or near Union Bridge [Priestland], one at Fairview [near Taylorsville], one at White Rock [near Eldersburg], and one in each one of the other election districts if the number of such pupils will justify the expense.”  Thus, black communities had to ensure there were enough children to warrant establishing a school, and this wasn’t always easy.  Not long before, a “colored” school in Warfieldsburg was closed for insufficient pupils and many of Carroll’s other black communities were too small and widely scattered to furnish enough students.

Taneytown’s black community raised $100 during 1877 and presented it to Dr. Reindollar, a school commissioner, to show their commitment to establishing a local school.  Apparently Reindollar felt the school could be justified because the minutes soon noted that $12 was approved for a stove to heat the building and in 1882 the school was still open.

Late in the 1870s, John Adams, representing the black community around Warfieldsburg and Western Chapel south of Westminster, petitioned the school board for permission to use the “old” Warfieldsburg schoolhouse for a “colored” school and said the petitioners would move it to a new location.  Petitions for schools also arrived from other areas – from Fairview for a new school to replace the old one, and from Sam’s Creek, Winfield and New Windsor for schools of their own.  If and when various schools opened and whether they survived (or closed for lack of pupils) varied from community to community.

Census records from 1850, 1860 and 1870 show that a very large portion of Carroll’s older black population was illiterate, but as schools were established, the educated population slowly grew.  Benjamin Harp, a Civil War veteran, was appointed a trustee of Priestland “African” School near McKinstry’s Mill on the Frederick County border in 1882.  He could neither read nor write, but his interest in education was evident, and two of his children attended the school.  Priestland opened each year with an enrollment of approximately 50 students.

A desire for education was also strong among Westminster’s black population.  Upton Morgan, a hostler employed in the stable of a Westminster hotel, and his wife, whose occupation was “wash woman” in the 1880 census, were both illiterate but sent three of their children to the city’s West End “African” School.

By the 1880s, black children living near the growing number of schools were receiving the basic education often denied to their parents. 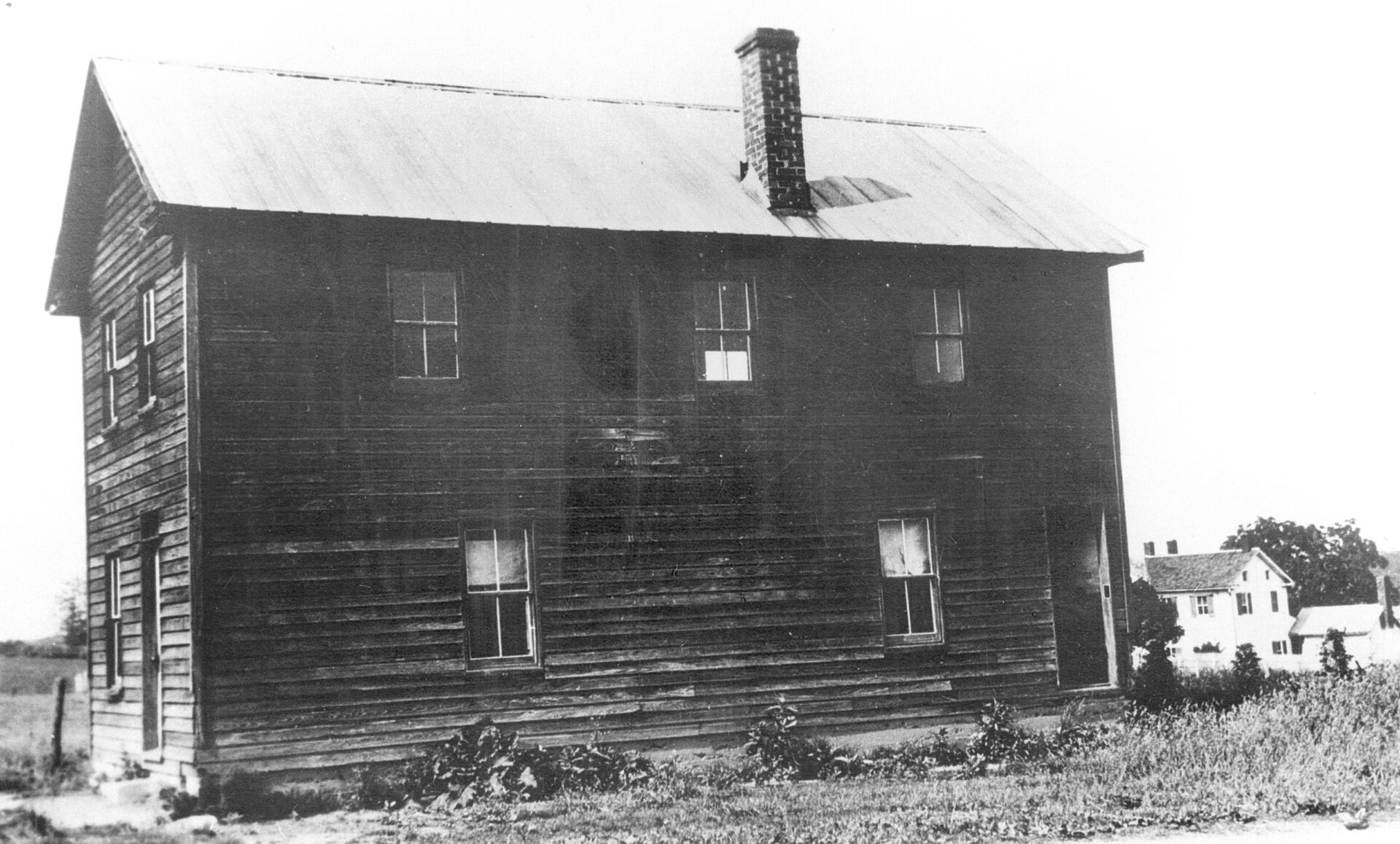 Photo caption:  This undated photograph shows the black school on White Rock Road which served students in that area about 2 miles west of Eldersburg.  Its opening date is unknown, but it was operating as early as the 1870s.