Fraternal organizations such as the Elks, Jaycees, Odd Fellows and Freemasons have attracted members from Carroll County over the years, but perhaps no group has a longer history in the county than the Door to Virtue Lodge of Freemasons which is celebrating its 200th anniversary in 2011.

Freemasonry goes back to at least the seventeenth century in Europe, and maybe a lot further.  The symbols associated with it (a compass and square) identify it with its founders – men in the building trades.  As the organization evolved, membership was not limited to masons, and the likes of Presidents George Washington, Franklin Roosevelt and Gerald Ford joined it.

The springhouse on the property of William Slaymaker near Union Bridge was the site of the first Door to Virtue Lodge meeting in 1811.  Names such as Farquhar and Crapster, prominent in the early history of Union Bridge and Taneytown, were associated with its founding.

By 1813, lodge meetings had been moved to Uniontown and it appears a Masonic Hall may have been under construction there.   An 1815 Uniontown newspaper reported an elaborate lottery scheme had been proposed “to raise a sum of money for finishing the Masonic Hall in Uniontown, Md. and establishing a Free School.”  Lottery tickets were $3.00 each and winners would receive substantial cash, but a portion of the money would go for the projects.  At that time, lotteries were often held to raise money to build churches and establish town fire departments, so this fundraising plan was not out of the ordinary; whether it ever succeeded, however, is unknown.  By 1821, Door to Virtue Lodge members decided to relocate in Westminster “and desist from the practice of using spirituous liquors as their refreshments in and about the Lodge.”

Once in Westminster, lodge meetings were held in rented space in one or more private homes.  Then followed a number of years when the group was apparently inactive.  At the beginning of 1866, their original lodge charter was restored and the group began meeting at the Odd Fellows Hall (best known today as the Opera House on East Main Street).

By the early 1890s, a member of the Wantz family, which owned a substantial building housing its cigar store, had added a third story to the building specifically to provide meeting space for the Lodge, and the members voted to paper the room “at a cost of $121.39.”  This space served the group for many years and they slowly acquired items to decorate it and use in their ceremonies, but they also started a building fund.

For nearly twenty years, beginning in 1953, Door to Virtue Lodge #46 met in the Westminster Fire Hall before finally reaching their goal of finishing a building of their own in 1971.  The Lodge is located on Monroe Street in Westminster directly behind West Middle School.  In 1984, the group was saddened by the death of member Frank Thomas Butler who, at 107, had been the oldest Mason in the U.S.

On April 2, 2011, the Lodge will host an open house from 10-5 on Monroe Street for interested adults. 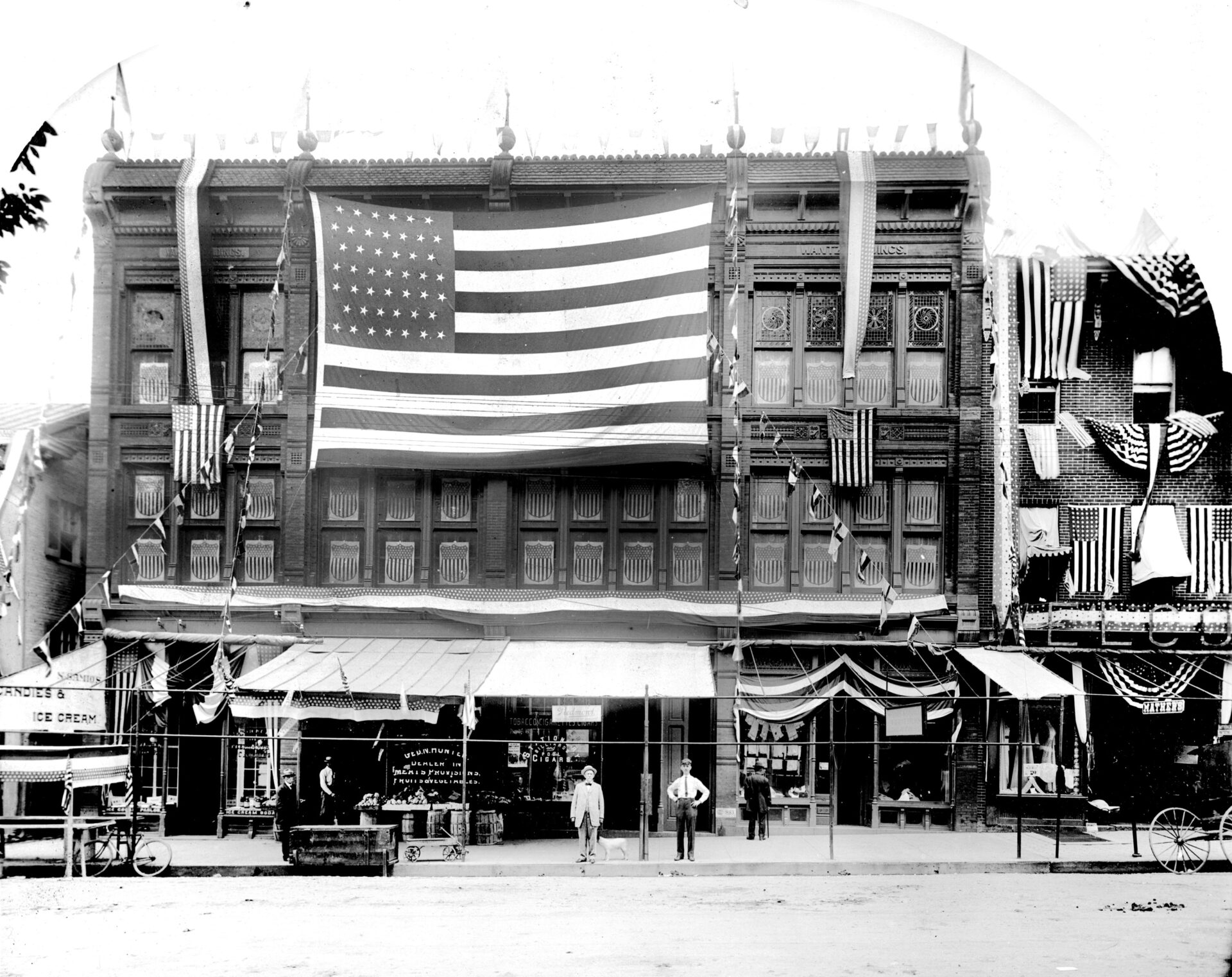 Photo caption:  The Wantz Building on East Main Street in Westminster appears in the center of this photograph elaborately decorated for a special event.  For many years, the third floor was the meeting place for the Door to Virtue Lodge #46 of Freemasons in Carroll County.