Carroll County has both a highway and a high school named after Francis Scott Key, but how much do we know about the man himself?  I wanted to know more and began reading Victor Weybright’s biography, “Spangled Banner: The Story of Francis Scott Key.”

Key was born in 1779/1780 at Terra Rubra, his father John Ross Key’s large plantation located in eastern Frederick County.  The wealthy Ross, Scott and Key families had acquired vast acreage in Frederick County in the middle of the eighteenth century when that area was considered the Maryland frontier.  John Ross Key lived the quiet life of a respected country squire, farming and serving as a Frederick County justice of the peace and circuit court judge, but he maintained connections with his relatives in Annapolis who were among the elite of Maryland society.  During the Revolution, John fought for the Americans unlike his younger brother, Philip Barton Key, an avowed Tory who served with the British.

The brothers were very opposite in nature and represent the conflicts which Francis Scott Key faced as he grew up.  John favored Thomas Jefferson’s democratic ideas and mingled comfortably with his unsophisticated neighbors who had been his comrades-in-arms during the Revolution and were his neighbors around Terra Rubra.  Philip returned to Maryland after the Revolution with great ambition for wealth and power which he rapidly achieved after being pardoned for his Loyalist activities.

Francis, called Frank by his family and friends, spent his first ten years in the “redlands” – the Piedmont area of Maryland where the soil is red from the abundant iron.  It was a happy, peaceful life with his sister and parents who had the luxury of slave labor on their farm.  Eventually he began to spend more time with his relatives in Annapolis and was exposed to a more sophisticated society.  He had been taught to read at home, but later went to school in Annapolis and enrolled at St. John’s College there when he was fourteen.   The matrons in the Scott, Ross and Key families were very fond of quiet, well-behaved young Frank, but his uncle Philip was anxious to turn the boy into a lawyer and politician like himself.

At seventeen Frank finished college and began contemplating what direction his life would take.  He was interested in religion and had already begun writing poetry, but Philip considered the law a more appropriate profession and study under an influential member of the Annapolis bar would be preferable to education in Frederick.

While still a law student, young Key fell in love with fourteen-year-old Mary Tayloe Lloyd, granddaughter of a former royal governor of Maryland and member of an aristocratic Annapolis family.  After finishing his legal studies in Annapolis, he moved back to Frederick where he practiced law for a short period.   In 1802, twenty-two-year-old Francis Scott Key married seventeen-year old Mary and took his sophisticated young bride to live in Georgetown where he joined his Uncle Philip in a law practice.  Now there was no turning back to the simple lifestyle of Terra Rubra.    To be continued August 28th. 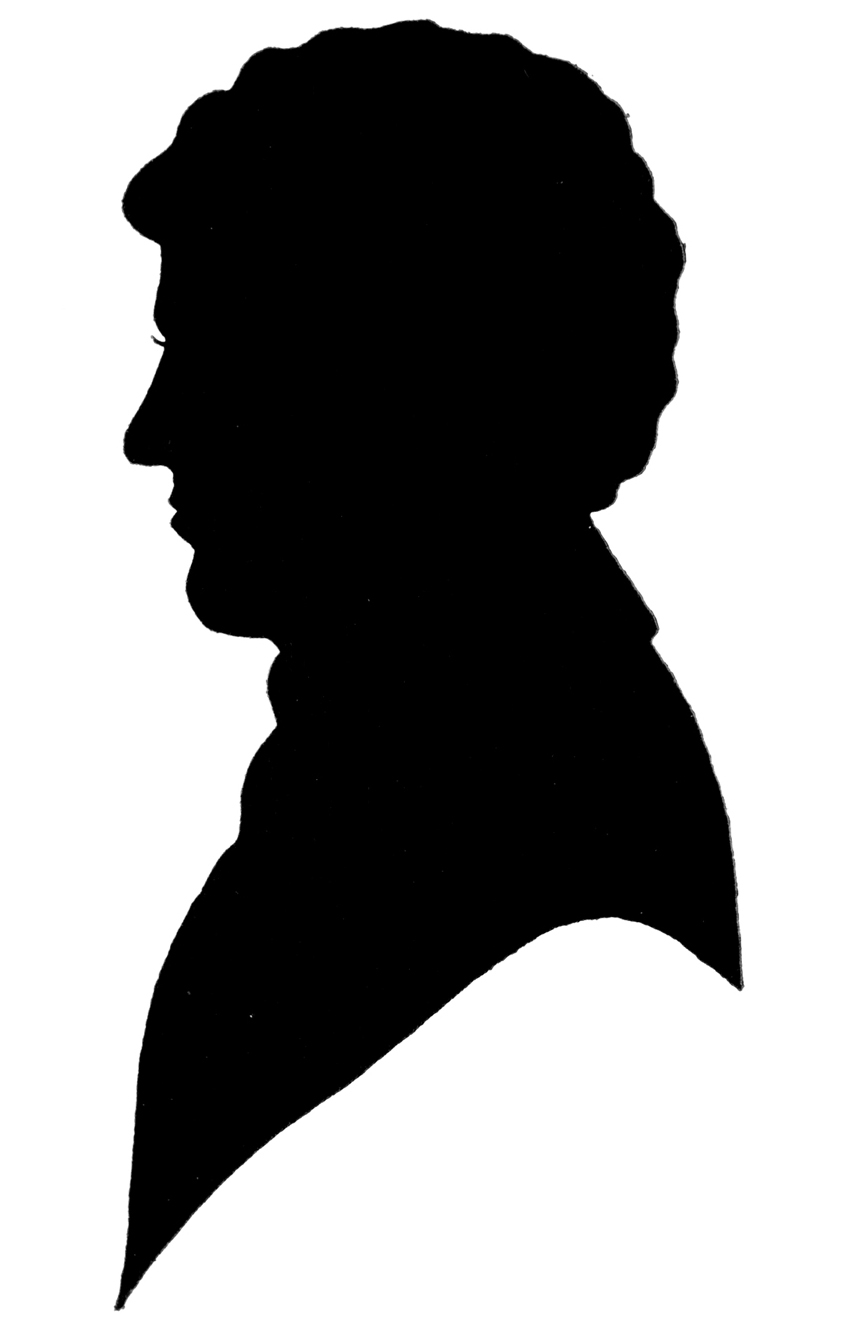 Photo caption: Portraits of Francis Scott Key and this silhouette, reputedly made by him, show him as a handsome young man.  He was about six feet tall with light brown, wavy hair.  His wife was considered pretty but rather aloof unlike her friendly husband.