The Watch on Christmas Eve

From The Democratic Advocate, December 23, 1882

The Watch on Christmas Eve

Close by the chimney, on Christmas Eve

The rafters creak, and the windows shriek

And the night is wild with storms.

‘Tis a lonely watch, for the spectre doubt

Has entered a childish breast,

And faith to-night must be lost in sight,

And the spirit laid at rest.

“Are you sure he’ll come?” says a tiny voice;

“Oh, say you are certain quite!

Oh, what could we do if it shouldn’t be true,

And nobody came to-night?”

But the sweeter tones of a childish trust

Break in on the other’s doubt:

When the midnight bells ring out.”

“Perhaps they have told us a story, though,

You see we’re such little boys;

I should feel so bad if I thought they had

That I’d hate the Christmas toys.

Do you think he’ll come for the wind and rain –

They say he’s getting old –

With that heavy pack on his poor hump back,

And the night is so very cold?”

“I tell you the reindeer brings him here,

And the load of toys is light;

His coat is warm, and he laughs at storms,

There never can be a doubt, I say,

Oh, never a cause to fear;

Our watch we’ll keep while the others sleep,

And we’re sure to see him here.”

But the minutes drag and the small heads drop,

When soft through the parlor door

For the bold night watch is o’er.

They cram the stockings with lots of toys,

And then, with stealthy tread,

They lift each form in its nightgown warm

And put the watchers to bed. 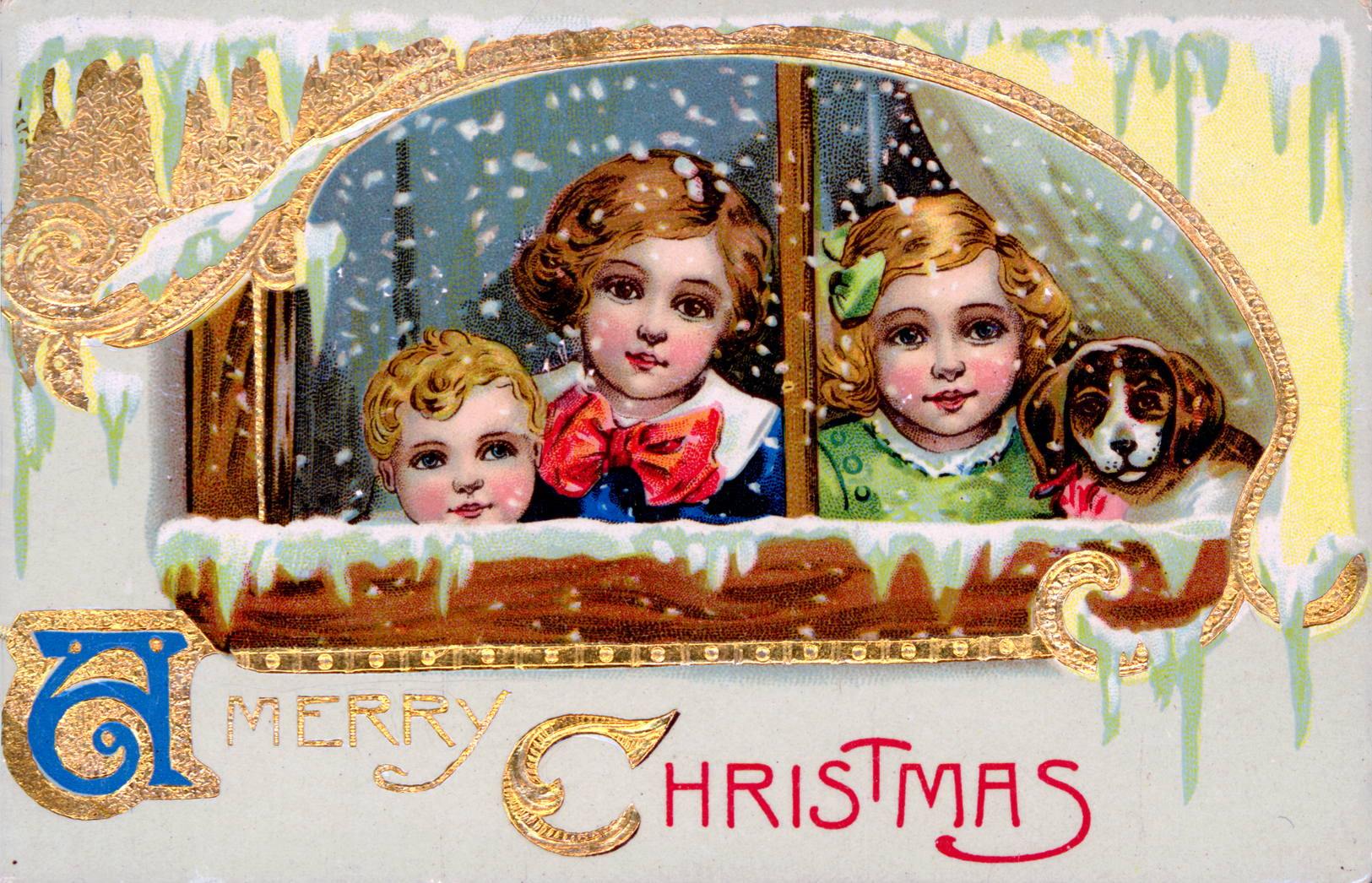 Image caption: This c.1900 postcard depicts the anticipation that children feel at Christmas.