It was the 1989 film “Glory” which introduced many of us to the role played by the United States Colored Troops during the Civil War.  Based on actual events, “Glory” depicted the experiences of a black regiment formed in Massachusetts early in 1863.  When the real 54th Massachusetts went into battle, it proved to skeptics that African Americans made good soldiers.  Soon black regiments were being organized in other northern states including Maryland.

The 4th Regiment, United States Colored Infantry, was the first of six black units raised in Maryland.   Many of Carroll County’s free African Americans jumped at the opportunity to participate in the war effort and earn wages, even if their pay was initially lower than the pay of white soldiers.  Recruiting was a bit tricky in Maryland, however.  Slavery was still legal here in the summer of 1863, although slaves could enlist with an owner’s permission.  In return, owners expected to receive compensation for the loss of their “property.”

In August 1863, an over-zealous white recruiting officer named Col. John P. Creager was jailed in Frederick City after being accused of illegally recruiting slaves in Carroll and Frederick counties.   From his cell, Creager wrote his superiors that enthusiasm for joining the army was very high and slaves were running away to enlist in Baltimore or Washington.  He thought an entire brigade could be raised in the state and he alone could add twenty-five recruits a day.

Free men and ex-slaves made their way to the recruiting office in Baltimore to sign up for three years of service.  Carroll men who didn’t join the 4th Regiment had other opportunities to enlist.  Quite a few joined the 30th Regiment when it was formed in early 1864 and some signed on with units elsewhere.

A published history of the 4th shows the men were immediately exposed to military life.  They were “thoroughly drilled and disciplined and utilized in building fortifications” near Yorktown, Virginia beginning in September 1863.  In early 1864, they experienced grueling marches through snow and sleet.  They spent a short time guarding Confederate prisoners at Point Lookout, Md. before joining the fighting near Petersburg, Virginia during the summer.  In December 1864 they were shipped around Cape Hatteras for an attack on Fort Fisher near Wilmington, North Carolina.  “The rough ocean experience on the U.S. Transport Montauk in mid-winter off Cape Fear River will ever be remembered by the survivors…”  As the war drew to a close in 1865, the 4th was fighting Confederate General Joseph Johnston around Goldsboro, N.C.  Those who lived to return home had experienced a great deal.

After the war ended, black veterans living in the New Windsor area formed the Thaddeus Stevens G.A.R. (Grand Army of the Republic) Post, naming it for Pennsylvania’s firebrand abolitionist in Congress.   White and black soldiers may have fought together for the Union, but segregation was still a fact of life in Maryland. 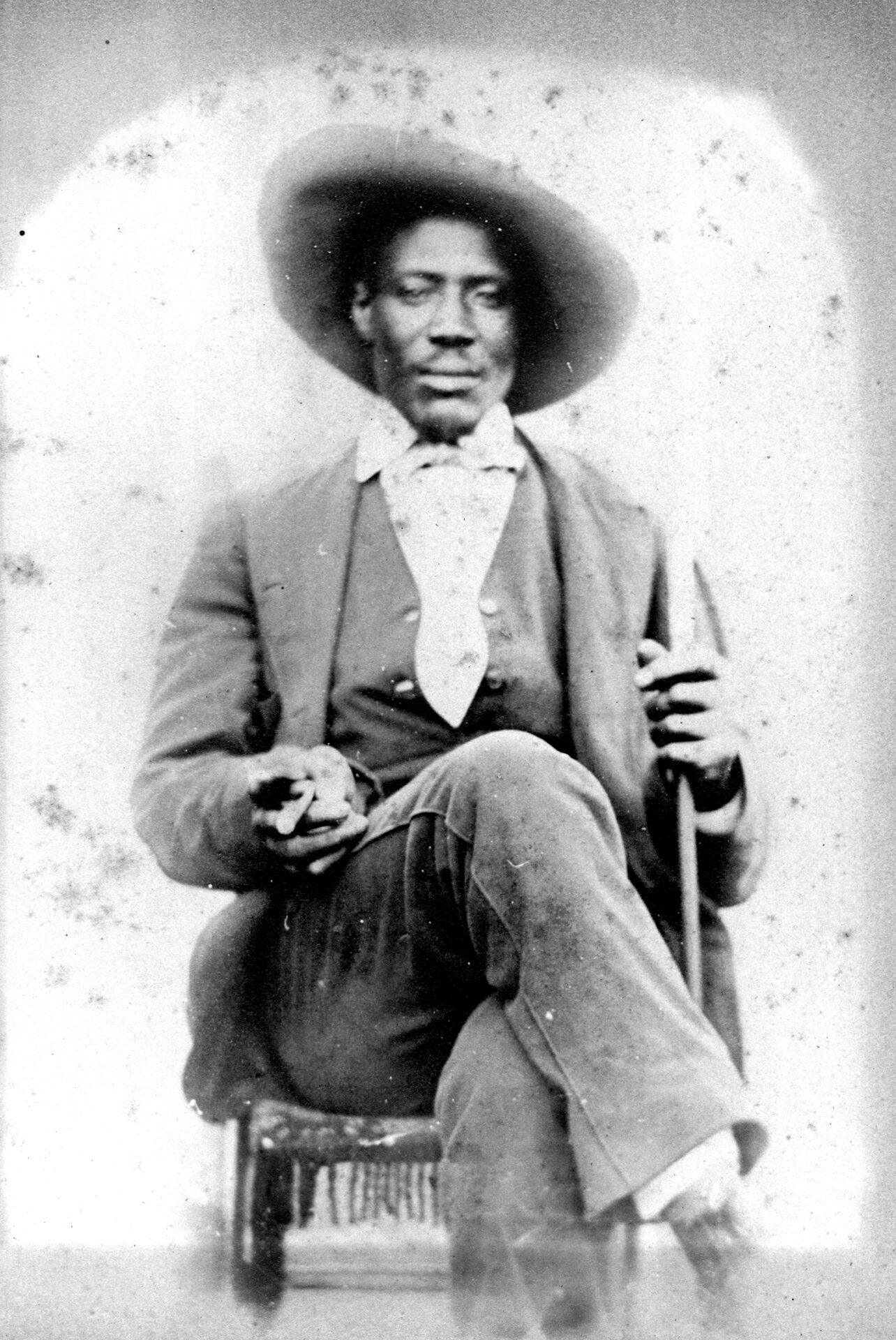 Photo caption: John Wesley Cole, a member of Company F, Fourth Regiment, United States Colored Infantry, joined the Union Army August 4, 1863 and was mustered out June 8, 1865.  Many black Carroll County men served in various companies of that and other regiments during the Civil War.