It was a dirty, smelly business, but someone had to do it and there were lots of people in Carroll County who practiced tanning in the nineteenth century.  We even had a small town named Tannery where a very large factory operated until about 1920.  You couldn’t make shoes, saddles, bridles, belts, straps and numerous other products without first tanning hides.

One of the best documented local tanneries is that of the Shrivers in Union Mills.  Very near the Homestead’s grist mill stood the bark sheds, the vats and a huge smokestack connected to a boiler which provided steam power for various tanning operations.  Chuck Ives, President of the Union Mills Homestead Foundation, is a fountain of knowledge about the industry as practiced by the Shrivers.   Theirs was a “vegetable tanning” process which focused on cowhides although they did tan other hides in smaller quantities.  The hides came chiefly from Chicago, Texas and Maryland’s Eastern Shore.   Calfskins were used for the upper portion of shoes and their treatment was somewhat different from the treatment of hides for sole leather.  The Shrivers specialized in producing the latter.

Oak bark from local forests was the source of tannin and guano (to dissolve hair on the hides) was imported from South America.  Water, needed for many aspects of the tanning process, was available from Big Pipe Creek which flowed past the Shrivers’ tannery.   One drawback to their business was the difficulty of transportation to and from Union Mills.   Local farmers could bring oak bark directly to the storage sheds, but hides and guano arrived by wagon.  Ives said one of the factors which drove local tanneries out of business in the late 1880s and 1890s was the loss of sources of bark because oaks were being felled faster than they could grow.

Transportation was not such a problem for the huge factory located outside Westminster along the Western Maryland Railway in Tannery.  It went by various names, but for many years was called the Schlosser Tannery.  A spur led off the WMRR tracks into the center of the factory so finished products as well as raw materials could move in and out easily.  This may explain why that operation continued after smaller ones in other parts of the county went out of business.

Tanneries were undoubtedly smelled long before they were seen.  Hides were first washed and soaked to clean and soften them.  Next the hair was loosened by immersion in vats filled with water, lime and/or guano and the hides were scraped clean of hair and flesh.  The amount of plant mechanization probably depended upon the size of the factory.  Actual tanning involved soaking the clean hides in solutions of ground bark which gradually got stronger and stronger.   Weeks, even months, went by before the hides were finally ready for shipping.  Meanwhile, noxious odors were constantly released from multiple vats.   One can only imagine the stench of the operation during the warm summer months!

“The Household Cyclopedia of General Information,” published in 1881 but available on the internet, discusses the history of tanning in much greater detail. 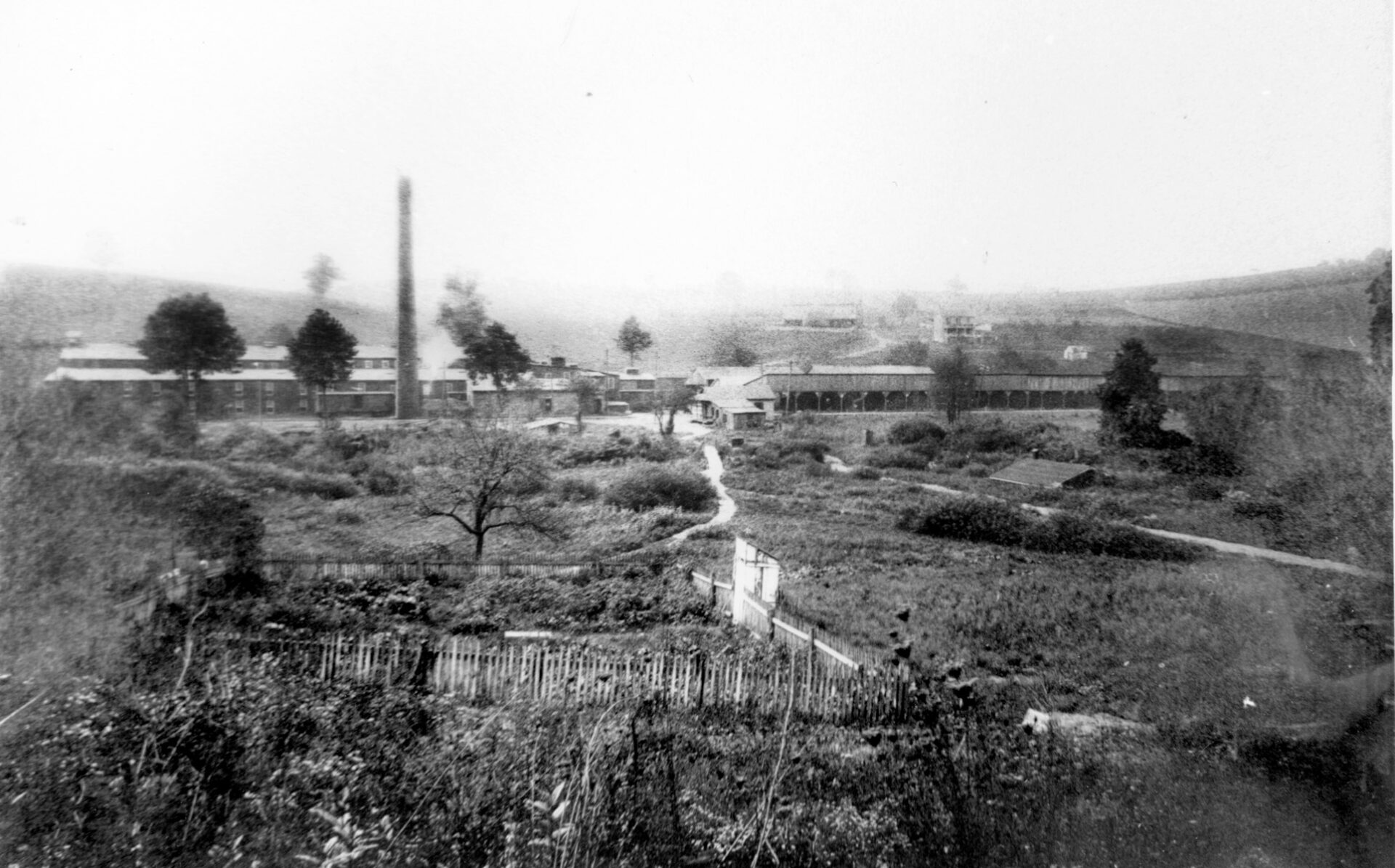 Photo caption:  This early twentieth century photo of the large tanning factory at Tannery shows extensive sheds on the right to hold oak bark and buildings on the left which held the vats as well as equipment for drying and rolling the hides.