If you haven’t taken one of the history walks sponsored by the Gate House Museum in Sykesville, you have missed a great opportunity to learn history the fun way.  This spring, the cemetery associated with Springfield Presbyterian Church in Sykesville and its “inhabitants” were featured on one such walk.

Ground for that old cemetery was set aside when the church was constructed in 1836 under the leadership of wealthy George Patterson and other prominent men from the area.  Patterson donated a few acres from the western part of his vast “Springfield” estate which he had inherited from his shipbuilding father.  Between 1824 and his death in 1869, the reticent gentleman farmer took more than two thousand unpromising acres he had inherited and slowly turned them into one of the premier farms in Maryland, home of top-quality horses, cattle, hogs and chickens.  Upon his death, he was laid to rest in Springfield Presbyterian Cemetery.

Although obviously a church supporter in 1836, by 1844 George may have been a bit disillusioned with organized worship.  When approached for a contribution toward the building of Ascension Episcopal Church in Westminster, he refused any donation, “saying that he would have nothing more to do with the building of Churches, as he looked upon them as causes of contention in the neighborhood.”

Burial lots at Springfield originally cost $4.00 and hand-digging a grave cost $2.50.  Over the years, the cemetery increased in size until it now occupies about eight acres and operates as a non-profit corporation independent of the church.

Springfield Cemetery became the burial place for many of the most influential people living in southeastern Carroll County.  Huge marble obelisks mark the graves of George Patterson, Stephen T. C. Brown, father of Maryland Governor Frank Brown, as well as various other Browns, Pattersons and members of the Beasman and Bennett families.  The centrally-located Brown/Patterson plot immediately attracts attention because of its monuments and lovely iron fence.   Frank Brown’s family chose to bury him in Baltimore’s Greenmount Cemetery, a prestigious location chosen by many prominent Marylanders, even though he was born in Carroll County.

It isn’t surprising that some affluent young men of military age from southern Carroll County decided that their loyalty lay with the South at the time of the Civil War.  Captain John William Bennett, a member of the first class to graduate from the Naval Academy, was serving in the U. S. Navy in 1861, but left for the Confederate Navy.  When he was buried at Springfield in 1902, his family had no qualms about engraving his Southern sympathies on his monument.   Lt. Col. Thorndyke Brooks also “went South,” and his service in a Tennessee infantry regiment appears on his gravestone.   These two men are atypical.  Most local men who spent the last years of their lives in Carroll County did not record their Confederate military service on their gravestones.

During a walk through this fascinating old cemetery you will recognize South Carroll names like Warfield, Arrington, Forsyth, Flohr, the Jones sisters and many others who have made significant contributions to business, agriculture, education and the arts in the area. 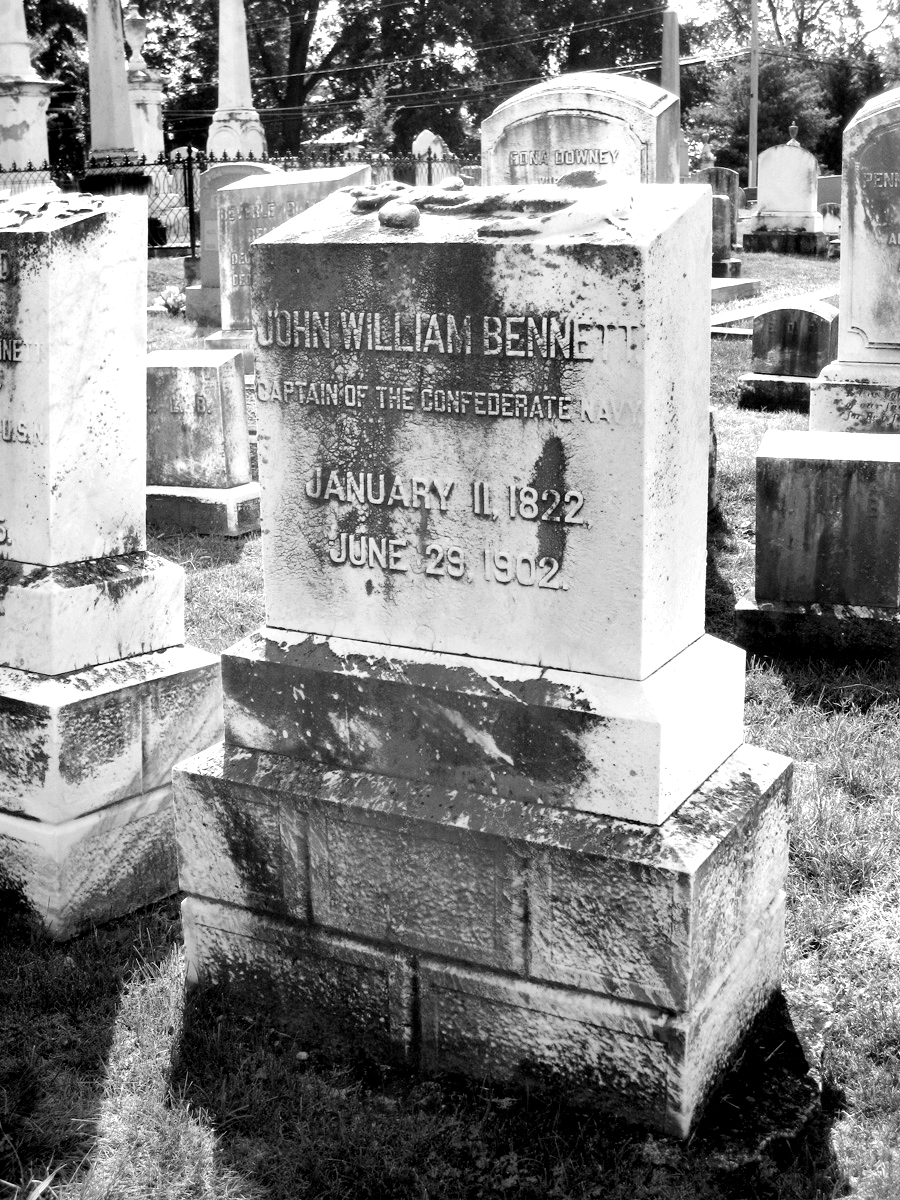 Photo caption:  Captain John William Bennett, member of a prominent South Carroll family, left his career with the United States Navy in 1861 to serve in the Confederate Navy.  His large gravestone at Springfield Cemetery in Sykesville is decorated with an anchor.