It was not Ocean City, Maryland, but Cape May, New Jersey, which attracted affluent Carroll County vacationers during the 1870s.  Ocean City was just beginning to establish itself as a resort with the opening of a small inn in 1869 followed by the large Atlantic Hotel in 1875, but Cape May’s reputation was well established and local families could take a series of trains to get there – Westminster to Baltimore, then on to Philadelphia, across the Delaware River on a steam ferry and finally another train ride through southern New Jersey to the lovely seaside destination at the tip of the state.

A letter to the American Sentinel from a vacationer in July 1875 detailed transportation problems which are rather similar to ones we might experience today.  The travelers purchased through tickets to Cape May at the train station in Baltimore, but were later told their luggage would be off-loaded in Philadelphia and they would have to see to the transfer themselves.  “All this entirely useless trouble to passengers was for the purpose of gouging them out of forty cents, which we would have cheerfully paid if they would have relieved us of the annoyance of making the transfer.  I would advise passengers to demand that their baggage be checked through, before buying their tickets, as the Company advertises a through train.”

Once ensconced in their hotel in Cape May, the vacationers explored the town, especially the huge Congress Hall Hotel which was decked out for a reception and ball in honor of a visit by President and Mrs. Ulysses Grant.  “The lawn in front from the flagstaff to the hotel, the grand dining hall and even the hotel vestibule were profusely decorated with flags of all nations and with countless banners of every imaginable device.”  In front of the hotel, which faced the ocean, was a recently-erected large building “in which Ladies and Gentlemen may at all hours indulge in the luxury of hot and cold salt water baths, etc.”

Strung out about a quarter of a mile offshore were “over a dozen of the most beautiful and costly yachts, I suppose, in the world.”  If the wind and weather permitted, a regatta was planned.  Another source of entertainment for visitors was the long pier, no longer in existence, which stretched far out into the ocean.  “Timid souls, who would be afraid to venture in a boat, can thus familiarize themselves with old ocean though not quite stroke his mane.  Admission is 10 cts.”

Such a luxurious holiday was beyond the means of most ordinary Carroll County families, but the same newspaper reported more affordable local entertainment which required absolutely no tickets:

Performing Bear – On Saturday last two Italians made their appearance on the streets of [Westminster] with a large performing bear of the brown or Pyrrennean species, which was remarkably well trained and performed a number of very clever and amusing tricks.  Large crowds gathered wherever the bear went through with his antics, and the juveniles were especially delighted with the fun afforded by the curious and uncouth creature. 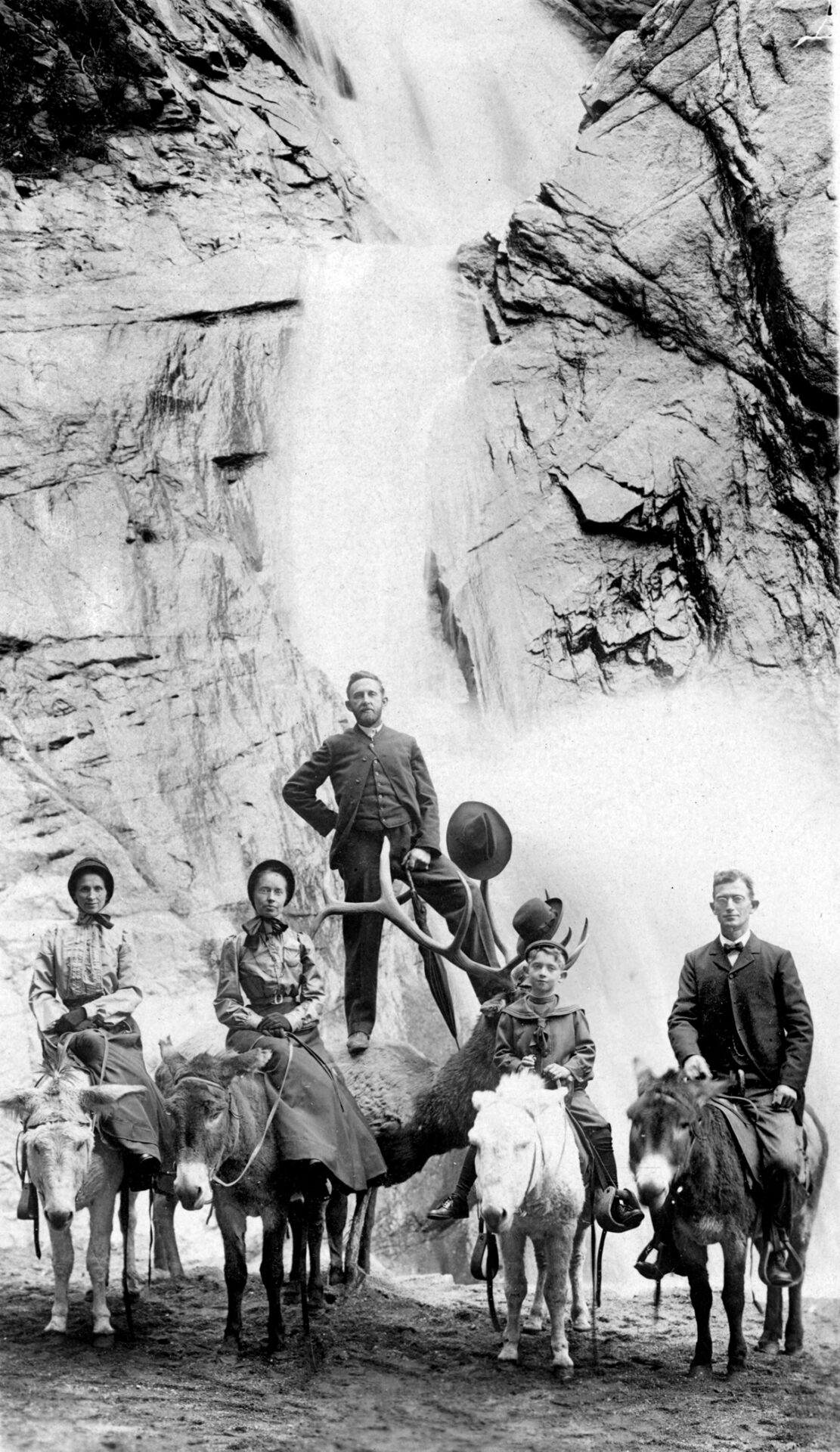 Photo caption: By the late 19th century, Carroll County families were vacationing in many places across the country.  This c.1890 photograph shows the Royer family in Colorado Springs.