Paper Give Look at ‘War Christmas’

Carroll County – Christmas 1917.  Local newspapers offer a wonderful glimpse into this period of history when there were advertisements like John E. Eckenrode’s.  He was still making horse-drawn buggies and sleighs yet also mentions, “Automobile tops made at our factory.”

Columnists reported seasonal news items.   From the Union Bridge Pilot – “At this writing we are experiencing real winter weather.  The ground is covered with snow to a depth of about twelve inches, many roads are badly drifted, the sleighing is good and the merry jingle of the sleigh bells can be heard in every direction.  Some ice houses have been filled with a fine quality of ice about six inches in thickness.  On Saturday morning the thermometer was 12 degrees below zero.”

The hog butchering season was in full swing.  From Millers came the report, “A number of our people have butchered and others are getting ready.”  From Johnsville in Frederick County – “Mertlin Spurrier butchered some very fine porkers this week.”

Another columnist wrote, “Paul Markel, of Port Arthur, Texas, presented John N. Weaver, with a box containing 30 pounds of pecan nuts…”  Lots of visiting went on among family members and these visits were duly noted:  “Mr. John G. Lantz and wife, of Baltimore, spent Christmas here with their people.”

Schools closed for the holidays after celebrating with special programs and churches had their own elaborate services.  But lurking in almost every columnist’s report was news which went like this – “Among the soldier boys who spent Christmas at their homes in this vicinity: Lieut. Fred. Lambert, Raymond Brown, Ralph Bonsack and Wilbur Hull” or “On December 19, at the Salem Lutheran parsonage, Private Roy C. Leister, of the 325 Infantry, Camp Gordon, Ga., and Miss Amanda E. Green, of Westminster, were married by Rev. Stephen Traver.”

This was America’s first Christmas in World War I.  “Don’t forget that one of the best Christmas presents can be found in the new war savings scheme put out by the government – a gift from 25 c. to $80.40 – a gift that increases in value every day it is held.”  “Simply buy one or more 25 cent savings stamps with the loose change in your pocket and put it on Uncle Sam’s thrift card.”

During December the American Red Cross was in the midst of a huge campaign to attract ten million new members and local newspapers reminded readers that this would be “a war Christmas.”  The county did its share by enrolling 6,185 new members during the drive and noted that nearly one person in four had joined.

Transparent Red Cross service flags were to be placed in house windows beginning on December 17th.  Emblems on the flags would denote the number of members in each home.  Christmas Eve was to be the climax of the campaign.  “Candles are to burn behind the flags in every window on the night before Christmas, and at intervals church bells will chime in every community, while groups of Red Cross workers will parade the streets singing carols.”  It seems that Carroll County had caught the true spirit of the season. 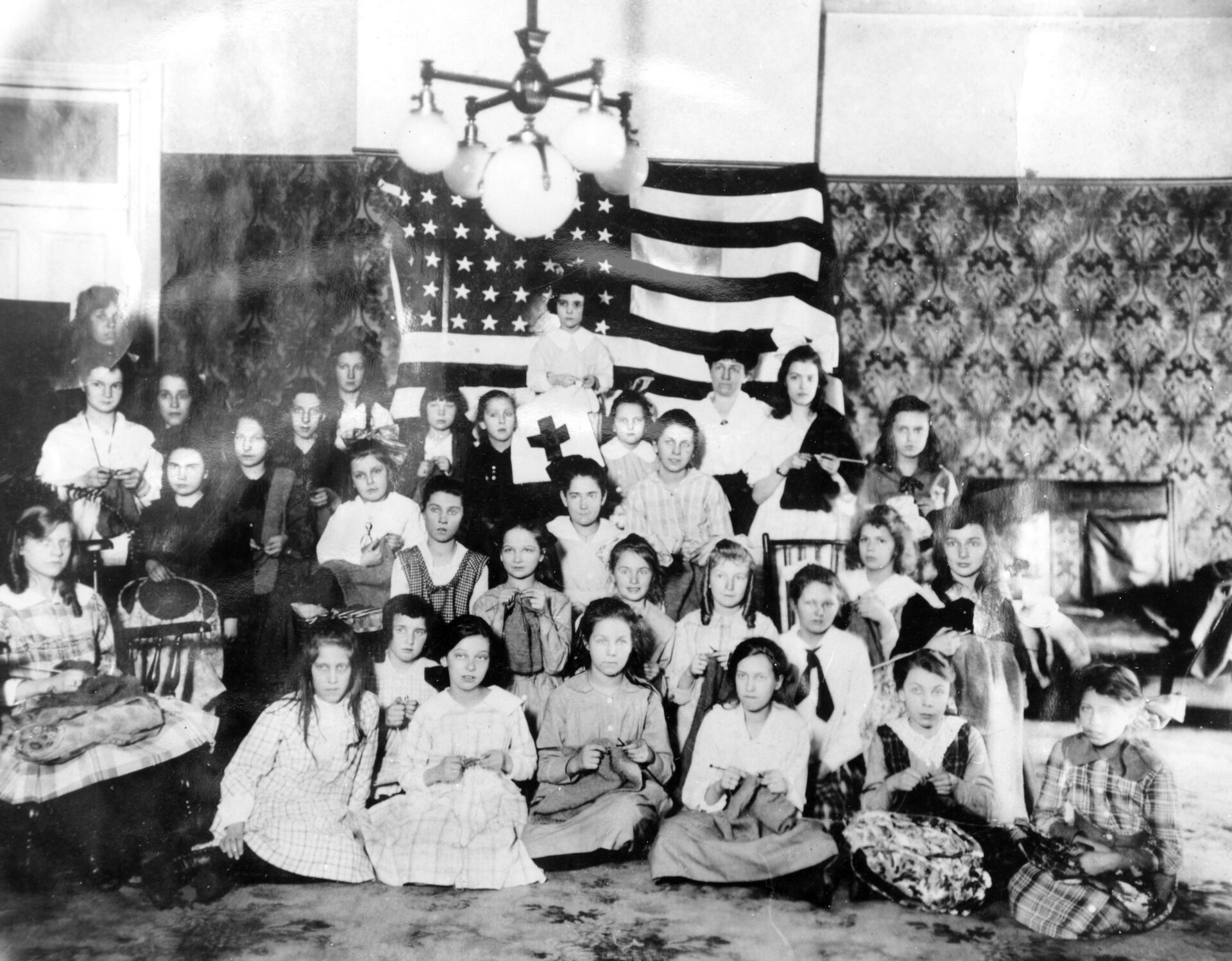