Over the last twenty-eight years, the Carroll County Genealogical Society has published a variety of material relating to county history and genealogy – cemetery inscriptions, marriages, census records, Orphans’ Court minutes, indentures, an index to wills and administrations, and a research guide.  Members of the society have devoted untold hours to extracting information from various sources to make it readily available to researchers.

Publishing Carroll County marriages between 1900 and 1915 is a current project.  There were over 4,000 applications for marriage licenses during those years, and the records tell us a lot about ourselves and probably about other agricultural regions across the United States.

Brides and grooms listed their residences on the application forms.  The names of many tiny communities appear – names which are almost forgotten today except by old-timers or those who notice obscure road signs.  Have you driven through Gist, Melrose, Priestland, Sam’s Creek, Ebbvale, Twiggtown, Bloom, Louisville, Freedom, Dennings or Spring Mills?  Could you place them on a map?  Did you know that Gamber once went by the name of Mechanicsville?  Detour used to be called Double Pipe Creek and Oakland Mills is now under Liberty Reservoir!

In so many instances, people were still marrying the boy or girl next door.   A groom might list his address as Hood’s Mill and his bride’s as Sykesville, but in reality they were practically neighbors.  There are a few instances where someone married a resident of New York City or Denver or Nebraska, but most people found their spouses locally or just over the border in Baltimore County or in York or Adams County, PA.

If males were under 21 years of age and females under 18, they needed permission to marry from a parent or guardian.   It isn’t unusual to see people signing the application with an “X” because they couldn’t write their own name.  That’s quite astonishing when you realize this was only 100 years ago.  There are instances where the bride or groom is quite young, but generally speaking, the age for a first marriage was in the 18-25 year-old range, with occasional weddings of people much older.  Divorces were becoming more common, so the applicant’s “status” might appear as bachelor, maid, widow, widower or divorced.

Of course you see a wonderful collection of common Carroll County surnames like Nusbaum, Hammond, Leatherwood, Bennett, Baumgartner, Carr, Englar, Fleagle, McQuay, Lippy, and Gosnell which reflect the predominantly German, English and Scotch-Irish heritage of this area.  Given names run the gamut from John and Mary to Ulysses, Horatio, Minnie and Pansy.   Correct spelling may be hard to determine because of the handwriting of a clerk, minister or applicant.

Many weddings still took place in the home of the bride’s parents or another relative or in a parsonage.   After the marriage, the minister was supposed to sign the marriage certificate and return it to the courthouse, but this didn’t always happen, so the amount of information on file about the marriages varies.

Watch for publication of this new set of Carroll County marriages in 2010.  Licenses issued from 1837 through 1899 were published in the 1980s. 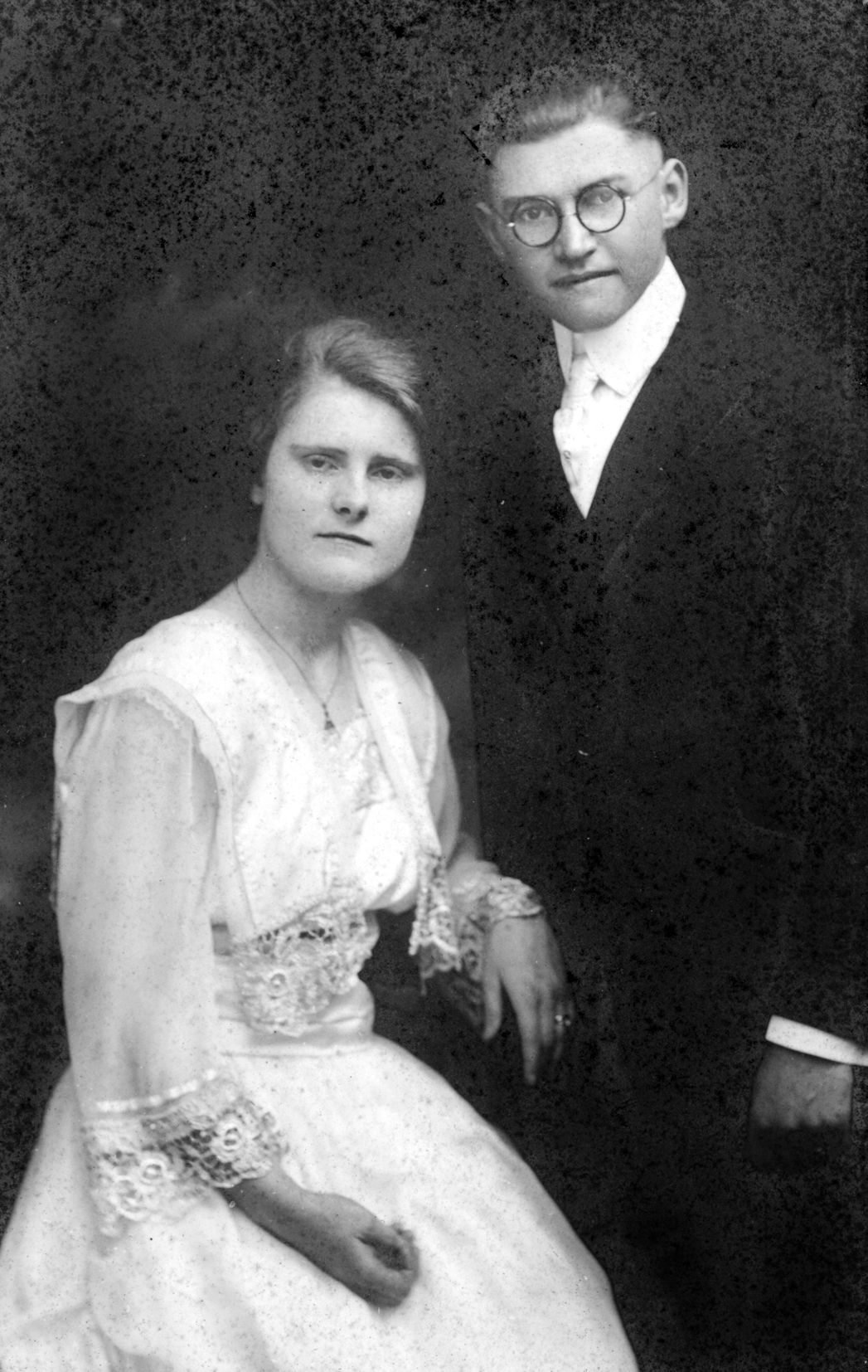 Photo caption: Wedding photo of Eureka Gregg Kiser and Ellen Josephine Valentine, who were married on January 1, 1920.  The wedding was held at the home of the bride’s parents on the Taneytown and Keysville Road.  The home was reported to be “tastefully decorated in ferns.”