Proprietress One of County’s Strongest Figures

The formidable-looking woman in the accompanying photograph was Emily Jane Wampler Grammer Rinehart Rippard, for over twenty years the “proprietress” of Westminster’s Republican paper, the American Sentinel.  She probably was a force to be reckoned with for family and associates.  Carroll County produced many strong women over the years, but perhaps no woman had more opportunity to influence the county than she did thanks to her control over a local newspaper.

Emily Jane Wampler was born about 1828 into one of Westminster’s prominent families.  In 1855, she married William H. Grammer, a widower with a three-year-old son.  Grammer was then the editor/publisher of the newly-established American Sentinel, local voice of the American Party which was also known during that period as the anti-immigrant “Know Nothing Party.”  William may have represented Emily’s initial exposure to the publishing industry and perhaps to national politics.  She couldn’t have married a newspaperman without absorbing a great deal of the information he brought home as well as his conservative views.

Grammer died in 1862 leaving everything he had to Emily including two printing presses and printers’ type.  He also entrusted his 10-year-old son, Samuel, to her.  In 1865 Emily Grammer married another widower, John Rinehart, who died within three years and was buried at Baust Church.  When the 1870 census was taken, Emily was residing in Westminster with 17-year-old Samuel Grammer who was employed as a printer.

Enter James Rippard, Emily’s last husband, another widower.  The date of their marriage is unknown, but it must have occurred in the early 1870s.  Emily bought the American Sentinel using her married name “Rippard” on Christmas Day, 1873, and James Rippard’s oldest son, Dr. William H. Rippard, became the editor that year.  When James Rippard died in 1878, he left “all my interest, right, title and claim in and to the American Sentinel newspaper” to William “to be held and used by him in the conduct and management of said newspaper and the business appertaining thereto, in connection with my wife Emily J. Rippard in the same manner, to the same extent, and on the same terms that I have held and used, and now hold and use the same.”  This business relationship was to continue so long as William and Emily could agree on how the paper should be managed.  Apparently they always did.  Once William Rippard died in 1883, Emily controlled the paper until her death in 1905 although she eventually sold a partial interest in it.  She never served as editor…only as “proprietress.”

Emily Rippard outlived her stepson by more than twenty years.  Samuel succumbed to emphysema at 28 in a Baltimore hospital, perhaps as a result of years spent around printing chemicals.  Emily never erected a headstone on his grave in St. John Cemetery.  His will suggests they were probably estranged.  Emily herself is buried beside Samuel’s father, William Grammer, in Krider’s Cemetery outside Westminster – her initials intertwined with his on a footstone.  Did Westminster photographer John W. Baldwin capture her personality, or might she have had a softer side we cannot see?  She was, after all, married three times. 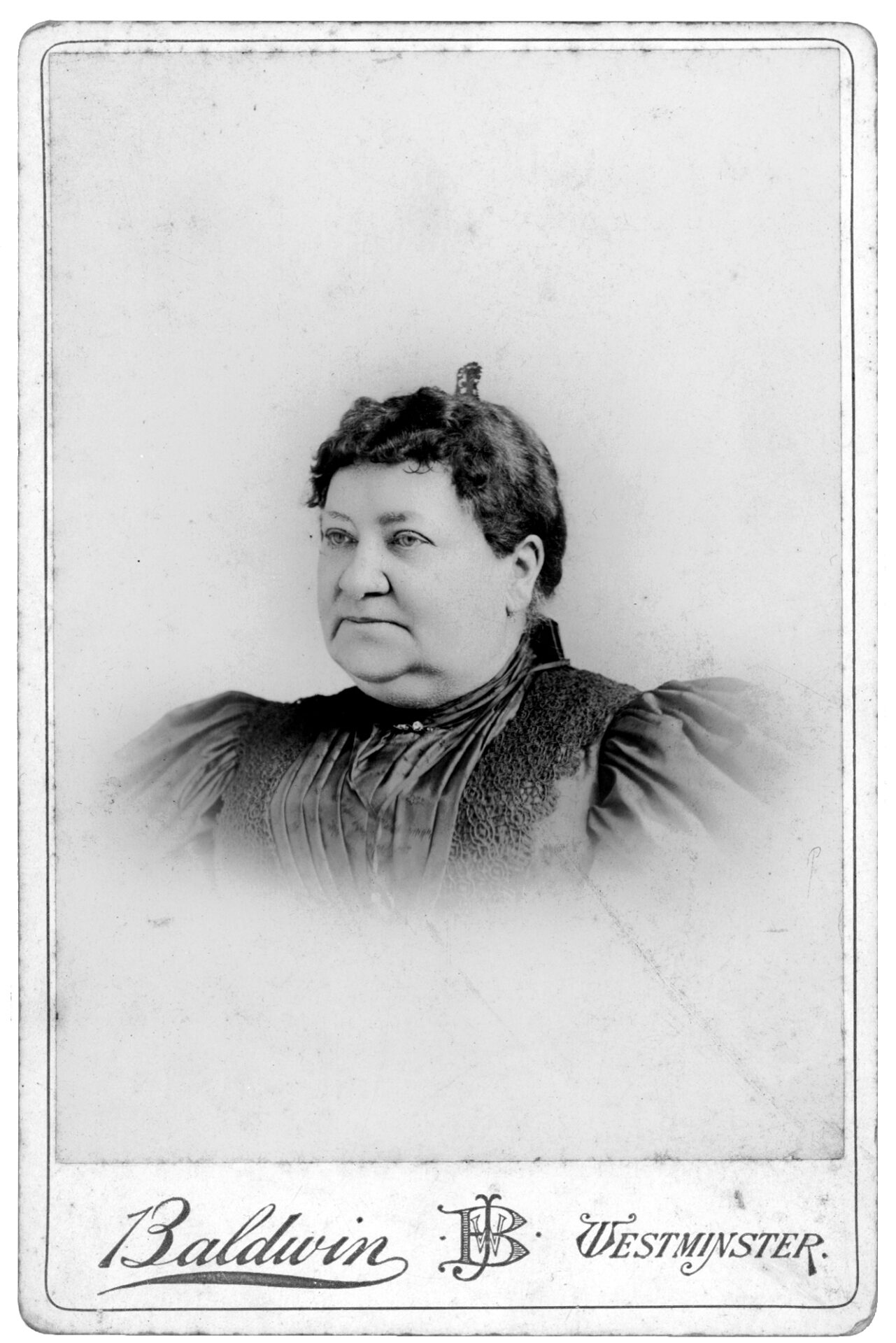 Photo caption:  Emily Jane Rippard (ca. 1828-1905) owned the American Sentinel, one of Westminster’s two major newspapers, for many years.  This c.1890 image was made by local photographer John W. Baldwin.