Photo Collection is a Local Gem

Small museums sometimes hold big surprises.  Such is the case of Leister’s Store: Pleasant Valley Memories Museum in Carroll County.  It recently acquired a wonderful collection of photographs made by Hollie Herbert Helwig, an accomplished local photographer who worked during the first several decades of the twentieth century.

Barbara Jenkins, a granddaughter of Helwig, donated the collection which includes portraits of individuals who lived in the area plus family, group and building photographs.  In short, Helwig’s negatives and positives capture the Pleasant Valley community roughly one hundred years ago.  A few pictures in the collection may have been taken by another local photographer, Theo J. Myers, who married Hollie’s sister, Laura.

Joseph and Catherine Rachel (Zepp) Helwig lived in Uniontown when their son Hollie was born in 1880.  As an adult, Hollie settled in Pleasant Valley and pursued a variety of occupations including house building, paper hanging, and photography.  The stamps he put on the back of his cardboard-mounted photographs usually said “Hollie H. Helwig, Artist, Pleasant Valley, Md.,” but some of them also mentioned his other trades.  His alliterative name must have made it easy for customers to remember him.

Based on the clothing in most of the photographs, Helwig probably took his pictures between 1900 and 1920 at a studio located in his home on Main Street very close to the old fire hall, or in his customers’ homes.  Bob Porterfield’s comprehensive book on Carroll County photography and photographers says that Helwig’s photographs were “Gelatin Silver, salon mounted, with a rubber stamp backmark.”

Hollie married Emma Koontz and had two sons, Edmund, who became a minister, and Leroy, the father of Barbara Jenkins.  When he registered for the draft during World War I, Hollie was living in Wilmington, Delaware, and he was still there with his family and working as a house carpenter in 1920, but he spent the majority of his life near where he was born.  When he died in 1961, he was buried in the Pleasant Valley Cemetery.

Shirley Brown, a local history enthusiast, learned about the Helwig collection in Barbara Jenkins’ possession and helped the museum acquire it.  Subsequently, she has been on a mission to identify as many of the people in the photographs as possible.  Melvin Starner, a dedicated museum volunteer, scanned hundreds of Helwig’s fragile, but well-preserved, glass plate negatives and made them into prints which are currently housed in a large notebook.  Thanks to Shirley Brown and Melvin Starner, this glimpse of the inhabitants of Pleasant Valley at the turn of the twentieth century is preserved for future generations.  The Leister’s Store Museum in downtown Pleasant Valley is open Sundays from noon until 3 p.m., or by appointment.

As more and more families move and down-size, or children inherit family items which have no meaning to them, it is very important that items such as Hollie Helwig’s photographs not end up at an auction or be discarded in a landfill.  Ask your family or friends to contact local museums before disposing of potentially valuable historic material so it can be saved for others to appreciate. 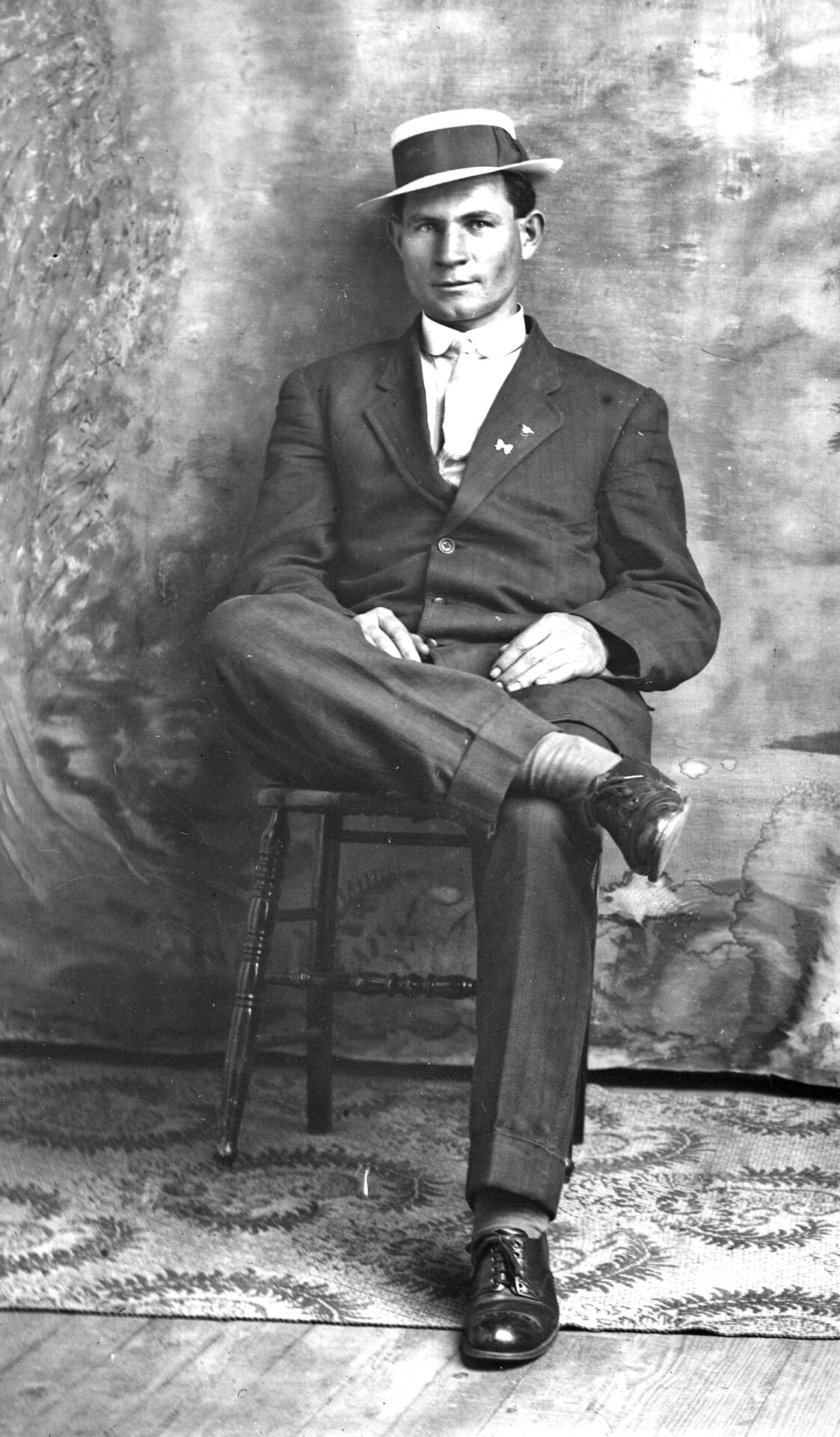 Photo caption: Photographs by Hollie Herbert Helwig captured the inhabitants of Pleasant Valley at the beginning of the twentieth century.  This dapper-looking gentleman may be Helwig’s brother-in-law, John Erb (1880-1919).