In our effort to commemorate the 150th anniversary of the Civil War, we sometimes overlook the war’s effects on the men themselves.  Surely that, like other wars, led to post-traumatic stress for some, and medically administered opiates caused addiction in others.  But for Captain Isaiah Lightner of Union Bridge, who served nearly three years with the 7th Maryland Volunteer Infantry, I believe the war had profound effects of a more positive kind.

We don’t know what sort of fellow Isaiah was when he enlisted at age 20.  He was working as a store clerk and possibly was Brethren because his father is buried at Pipe Creek Church of the Brethren.  He must have proved a responsible soldier or he wouldn’t have risen to the rank of captain late in the war.   Company F, his unit, consisted of his neighbors in western Carroll and eastern Frederick counties.

Just eight days before the war ended, he received a nasty wound which narrowly missed severing his spinal cord.  He suffered from it for the remainder of his life as medical records in his pension graphically illustrate.  He was hospitalized, then mustered out in late May 1865, and returned home.

In 1870, the now-married Lightner sought membership in the Quaker faith, a decidedly pacifist religion.  By 1876, members of the Pipe Creek Meeting felt “our Friend Isaiah Lightner has received a gift in the ministry” and they recommended him as a “minister.”  Quakers do not use “minister” in the same sense as many other faiths, but the recommendation surely acknowledged his leadership and compassion.

The following year, 1877, the Lightner family left Union Bridge for northeastern Nebraska where Isaiah had been appointed the Indian agent for the Santee Sioux Reservation.  He served with distinction for nine years.  Unlike many agents, he was honest and championed the Native Americans’ cause.  In one official report he wrote, “Designing men are now making a strong effort to drive the Santees from their present homes…They should have homes, and as they love their present ones they should not be taken from them, but should be allowed to hold them sacred and inviolable.”

Isaiah retired to farm life near present-day Columbus, NE in 1885.  Over subsequent years, he helped build a Quaker meeting, was a charter member of the local Women’s Christian Temperance Union (W.C.T.U.), supported women’s suffrage, and helped secure rural telephone service for his community.  He kept in touch with Union Bridge life through a subscription to the Pilot newspaper, sometimes sending back poignant letters lamenting the deaths of his Civil War comrades after the paper published them.

His 1923 obituary contained an important revelation. “Of his wonderful career as a soldier Mr. Lightner was very reticent, as its horrors were so repellent to him.”  The Columbus Daily Telegram continued, “It is impossible to sum up in a few words all the lovable traits of this kind, sympathetic man, who has so fittingly spoken the last words of comfort over the bier of so many of our departed loved ones; who was ever ready to lend a hand and be a true neighbor.” 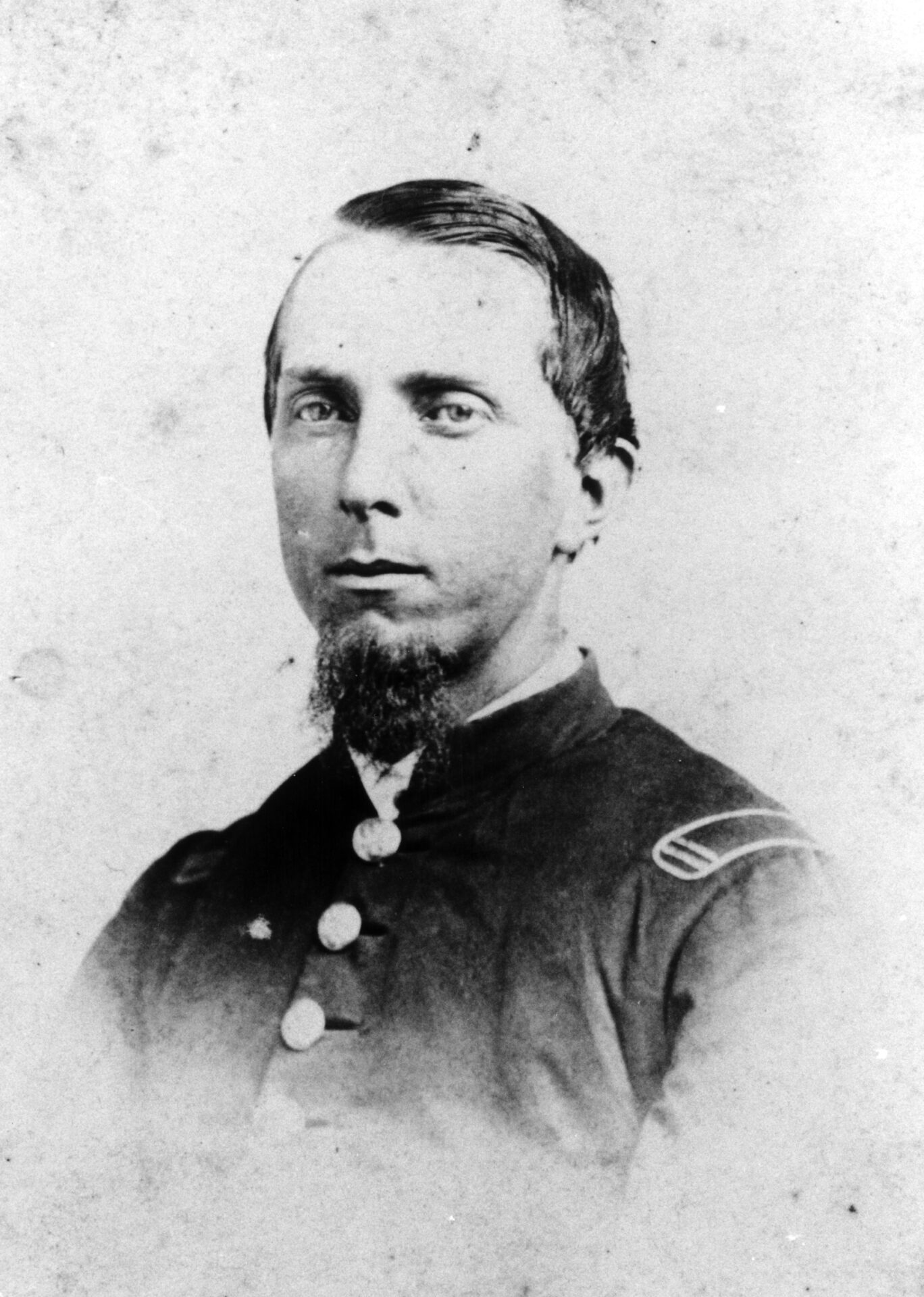 Photo caption:  Isaiah Lightner, seen here in his Civil War captain’s uniform, served from 1862 until 1865 in the 7th Maryland Volunteer Infantry.  He later served with distinction in private life in Union Bridge and the state of Nebraska.