Western New York has been the home of the Chautauqua Movement since 1874. Originally founded as a Sunday School training ground, today it offers a unique mix of performing and visual arts, lectures, concerts, interfaith worship, and educational programs each summer.

In 1904 traveling versions of the Chautauqua experience began to crop up in small and large towns across America. They brought celebrity speakers, statesmen, opera singers, bands, actors, dancers, and worship services to the young and old. For seven days during each summer or fall, entertainment and intellectual opportunities were held under large brown tents especially made for such presentations.

It was lucky for the people of Carroll County that Westminster was one of nearly 100 towns in seven states on the East Coast that played host to a Chautauqua circuit. Despite a tentative beginning in 1912 when town officials were unable to guarantee adequate commercial sponsors and prepaid ticket sales, the advance agent offered the event to the town “on faith.” Even with a colorful parade of carriages and automobiles from Center and Main to Pennsylvania Avenue, and shouts of welcome from the sidewalk audience, the first day opened with only a scattering of attendees. But by the following day, it was obvious the $2.00 ticket was well worth the expense for a week’s worth of entertainment and learning. By midweek of that first Chautauqua visit curiosity seekers filled the tent. Here was a chance to enjoy high class entertainment and instructional lectures at an affordable price. Over the years the week-long entrance fee increased to $3.00 but with 22 to 32 programs offered, the cost of an individual program only amounted to a few cents.

The presentations varied widely: musical recitals by renowned sopranos and tenors, great bands and orchestras. The 1923 instructive lectures featured appropriate topics such as “The Stranger within our Gates” about the “foreign born that each year are coming to our shores by the thousands and the need for protective immigration regulations and laws.” There were travelogues presented for adventure seekers, impersonators, ventriloquists, and magicians. Upon occasion plays directly from New York appeared on the brown-tented stage. Motion pictures were scheduled every evening. In July 1927, Committee Chair and town leader George Mather introduced a very unique lecture. With donations of furniture from local companies owned by F.A. Sharrer and Atlee Wampler, the well-known architect, writer, and home decorator Ross Crane gave an entertaining lecture on home appeal and decoration.

By the late 1920s support of the annual visits began to fall away and lack of interest by the younger generation sadly forced closure of the Chautauqua circuits, but not before our area received visits for 16 consecutive years. The attraction ending Westminster’s final season on June 29, 1928, was a group of Hopi Indians re-enacting one of their legends, shooting bows and arrows, and demonstrating Hopi sports as well as exhibiting their weaving, basketry, pottery and silverwork.

The original Chautauqua Institution still flourishes for nine weeks in the summer on the shores of Lake Chautauqua, New York, and continues to draw thousands of people every year. I’m one of them. 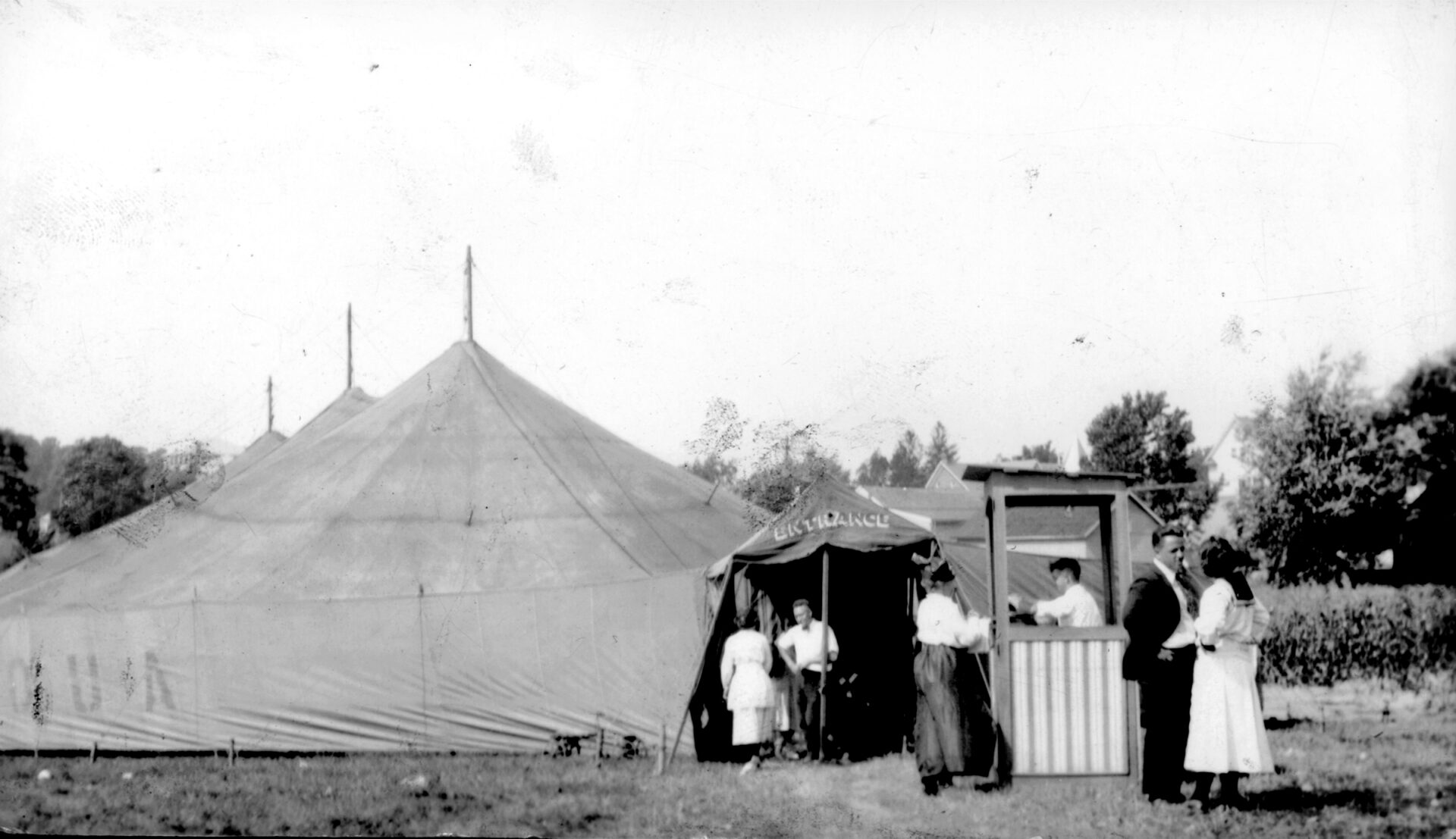 Image caption: The first Chautauqua came to Westminster from August 31 through September 6, 1912. The highlight that year was a presentation by LaSalle Corbell Pickett, widow of Confederate General George Pickett (of Pickett’s Charge at the Battle of Gettysburg). Over 300 season tickets were sold, admitting the buyer to all events for just $2.