A Memorial Day Tradition Rooted in the Civil War

A Memorial Day tradition observed in many local cemeteries is marking the graves of servicemen and women with small American flags.  If you visit the cemetery beside St. Luke’s (Winter’s) Church outside New Windsor, you will likely see one of those flags next to the grave of Winfield Scott Drach.

It was one hundred and fifty years ago this month that Drach and scores of other young men from across Carroll County experienced some of the worst fighting of the Civil War as they participated in ferocious battles in Virginia known as The Wilderness, Spotsylvania Court House, North Anna, and Cold Harbor.  Some were killed, some captured, and others, like Drach, were wounded but came home to live productive lives.  Drach’s headstone notes that he lost a leg on May 8 near the beginning of almost continuous fighting as Union General Ulysses Grant opened his 1864 Overland Campaign against Robert E. Lee’s Confederates.  It doesn’t explain that Drach was captured after being wounded and his leg amputated by a Confederate surgeon, or that he spent months in hospitals before he was exchanged.  He eventually received an artificial limb and returned to New Windsor where he later served as its postmaster and as a “burgess.”

Missing from any local cemetery is the grave of Jesse Barnes who, like Drach, was captured in May 1864.  Young Jesse became one of thousands of Union soldiers who died in Southern prisoner-of-war camps.  He was buried at Florence, South Carolina, about five months after his capture.  Likely he was sent first to the infamous Andersonville, but transferred to the Florence Stockade, a camp with a reputation just as ugly as Andersonville’s.

The Historical Society of Carroll County recently opened a new exhibit which covers local aspects of the Civil War during the year 1864.  It features photographs of area soldiers and of Westminster as it looked about that time.  There are reminders of Confederate raids which took place here that year.  There is a display of swords and guns, original military records relating to local men, a fascinating fuel-burning metal torch used in nighttime parades, plus other memorabilia assembled by Curator Cathy Baty from the Society’s collection or on loan from local collectors Tom Gordon, Dan Hartzler, and Jay Graybeal.

If you enjoy Civil War history, you’ll find much to interest you in this free exhibit which is open Tuesdays through Saturdays from 10 a.m. until 4 p.m. at Cockey’s, a 19th century building at 216 East Main Street, Westminster.

Why not observe this Memorial Day by gathering flowers from your garden, or buying a small bunch from a supermarket, and taking them to one of Carroll’s many cemeteries.  Decorate the grave of any serviceman or woman you choose.  After all, Memorial Day was originally known as Decoration Day.  Members of the Pipe Creek Civil War Round Table traditionally march in period dress in Westminster’s Memorial Day Parade and afterward decorate the graves of five Union soldiers buried in Westminster Cemetery.  It just seems like the right thing to do on a day set aside for remembering. 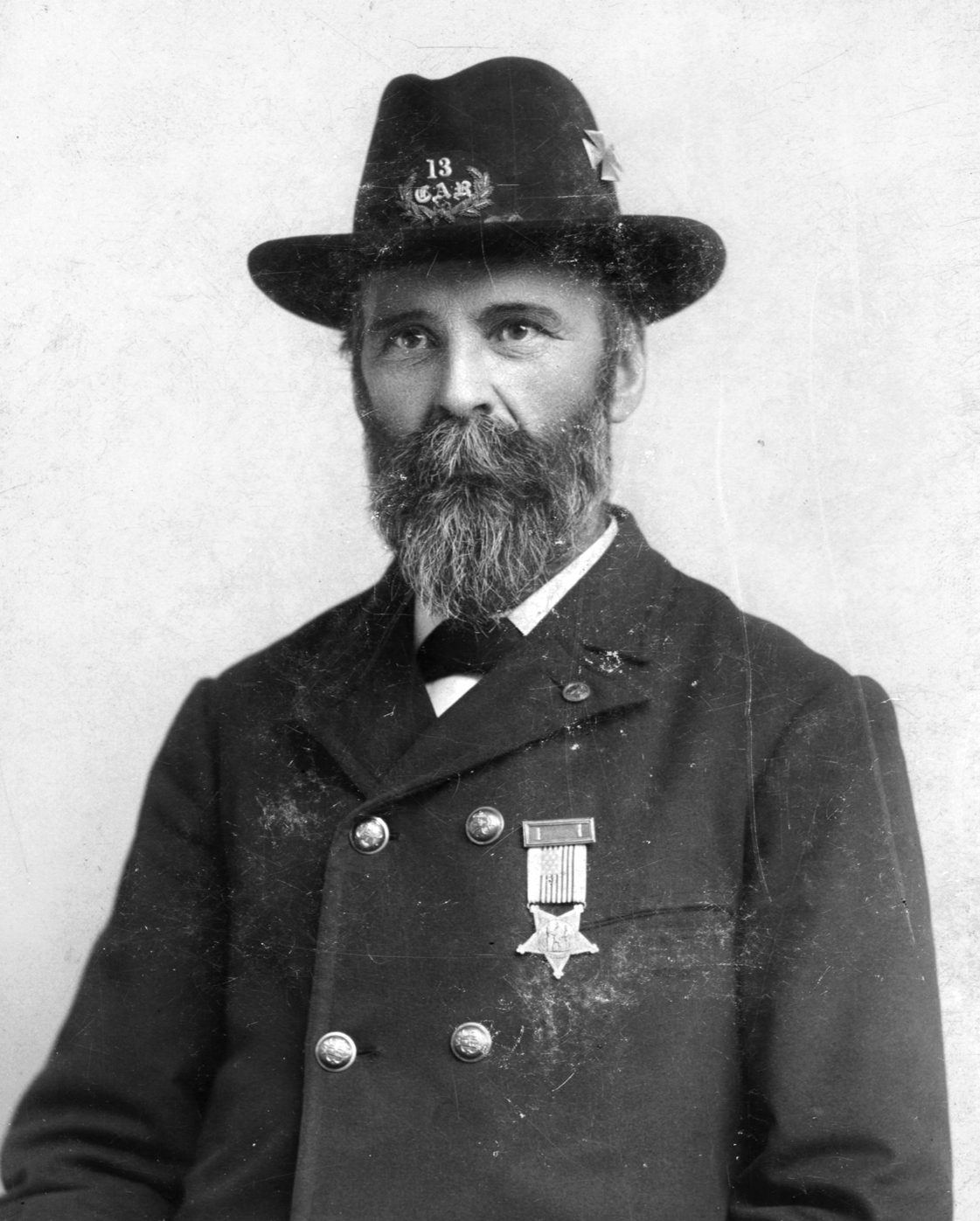 Photo caption: New Windsor native Winfield Scott Drach (1842-1913), seen here, was serving as a private in the 7th Maryland Volunteer Infantry when he was wounded during the Civil War.  Even after being captured and losing a leg, he lived almost fifty more years.