27 September 2015 – The History of the Public Library in Westminster

27 September 2015 – The History of the Public Library in Westminster

The History of the Public Library in Westminster

Education being a core value among the Founding Fathers, the establishment of public libraries in communities throughout the nation began in earnest in the 19th century. Efforts by community boosters and private philanthropists provided the seed capital to get many libraries started. Our community was fortunate to have exceptional leaders doing just that in Carroll County.

First among these were Rev. J.A. Monroe and Dr. Charles Billingslea who incorporated the first library in September 1863. The Westminster library was housed in Odd Fellows Hall, later known as the Opera House (at 140 East Main). It was open to the public on Friday afternoons and supported by membership dues ($1 per year) and fines. Rev. Monroe served as the librarian.  The Board stipulated that “for his service, he was given the use of the stove, chairs and books of the library.” The first library purchase was a bookcase from F.A. Sharrer for $12.00. Rev. Monroe noted in his report to the Board, “A large number of books were donated. Rent was cheap; $30 per year was spent on reading matter, and much of this was for periodicals. Starting as it did in the war years, it is surprising that the record books show a membership of 126.”

Next to play a key role in sustaining library service was the Mather family. When George K. Mather, founder of the Carroll County Times, built the Times Building on East Main Street in 1911, he offered the library use of its lobby. His wife was a member of the Woman’s Club of Westminster which donated $50 each year.

In 1925, the library moved to the second floor of the Wantz Building, but it was up a long flight of stairs and there was no sign at street-level to announce its presence. Nevertheless, library service improved. The room was open three evenings a week from 7 to 8 p.m. and every three months the Maryland Library Commission brought a new selection of books to supplement what was donated or purchased using the $1.00 yearly membership fee.

George Mather was elected president of the Westminster Public Library Association Board in 1934 (replacing Frank Mather) and continued in that role until 1949. In 1936 he welcomed the little library back to a room in the Times Building. He wrote a series of travel articles for the Times and gave lectures based on his world travels, donating the lecture proceeds and many books to the library. Evelyn Mather, a graduate of Western Maryland (now McDaniel) College, had the same deep interest in the library as her parents and served as an assistant librarian for 25 years.

Throughout the first half of the twentieth century, Carroll County saw few major social changes.  This certainly applied to library service. Even as late as 1941, its only public library consisted of one room in Westminster, a room stuffed with books on shelves and piled in boxes. Luckily, change was on the way and George Mather continued to play a significant role.

You’ll find more history of our public library system in this column on October 11th. 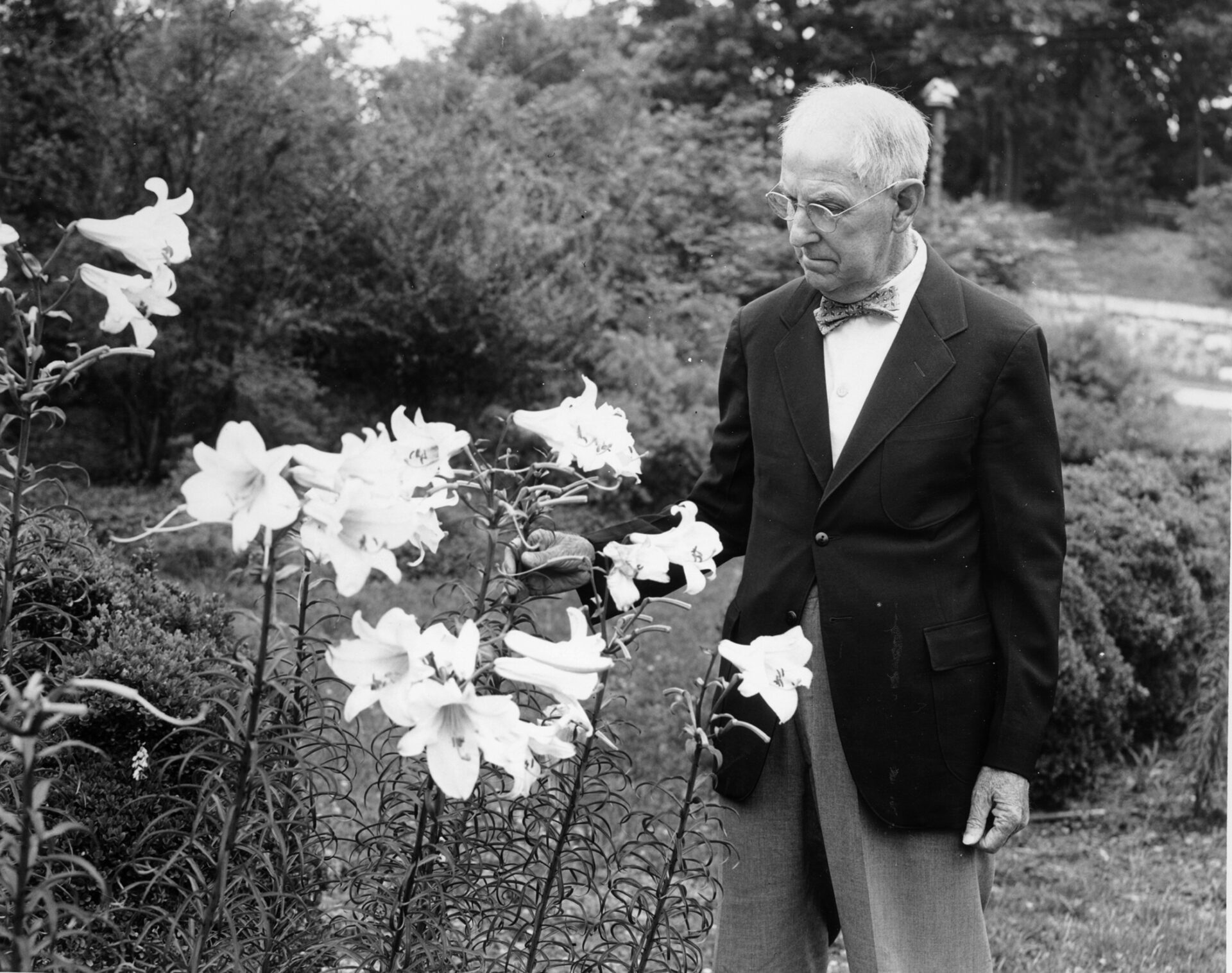 Photo caption: Local philanthropist George K. Mather (1873-1965), seen here in the garden he planted behind City Hall or at his home, was a significant supporter of the Westminster Public Library in the first half of the 20th century.