Don’t miss the last of the Civil War exhibits mounted by the Historical Society of Carroll County at Cockey’s Tavern, 216 E. Main Street, Westminster. It’s free and open Tuesday through Saturday from 10 until 4.

Over the past four years, central Maryland has commemorated the chiefly tragic events connected with the Civil War as they played out on our streets or countryside 150 years ago. The HSCC exhibit features articles associated with the war’s immediate aftermath as well as its impact for another 50 years.

Less than a week after Lee surrendered on April 9, 1865, Lincoln was assassinated, and souvenir manufacturers seized on the occasion to produce objects to honor his memory. They ranged from pendants, to black-bordered mourning cards, to jewelry bearing his likeness. Some of these are on display. After Kennedy’s assassination in 1963, Americans had television and colorful publications to satisfy our hunger for his image, so we never produced remarkable mementoes like these from 1865.

I didn’t realize that one member of the Shriver family of Union Mills who served in the Union Army had been imprisoned at both Libby and Andersonville! If David K. Shriver hadn’t survived both those notorious prisons, the little tintype image of him now in the exhibit might have been all the family had left.

It took until 1880 for a group of local Union veterans to establish the Burns G.A.R. [Grand Army of the Republic] Post #13 which met in Westminster for nearly 40 years. G.A.R. posts sprang up all over the North after the war and many existed into the twentieth century. he Burns Post register is on display with names of Carroll’s patriotic men who enjoyed the social contacts the Post offered.  Billy Burns died at the Battle of Fisher’s Hill, Virginia, in 1864 after he grabbed the regimental flag from a fallen comrade and carried it until he, too, was shot. Proud members of the Burns and Pickett posts had photographs taken in their G.A.R. uniforms, both as individuals and in groups. Unfortunately, we don’t have a group photo of the Thaddeus Stevens Post which met in New Windsor. Its members fought for the Union as soldiers in the United States Colored Troops.

What would a Civil War display be without a few interesting weapons. One I found fascinating was an 1818 Confederate musket that had been converted from a flintlock to percussion piece. It was left behind by a Confederate who passed through Carroll County and says something about how desperate the South was to arm its men during the war. Captain Thomas Ocker’s 1862 sword rests near the musket. Ocker died outside Petersburg, Virginia, just days before the war ended.

Tourists began arriving at Gettysburg within days of the battle’s end and they have been going ever since. The exhibit includes four wonderful photos of visitors from the 1890s and early 1900s who toured in horse-drawn carriages or cars – without audiotapes!

While you are in a Civil War mood, stop by the Corbit’s Charge event opposite 225 N. Center Street, Westminster, on June 27 and 28. 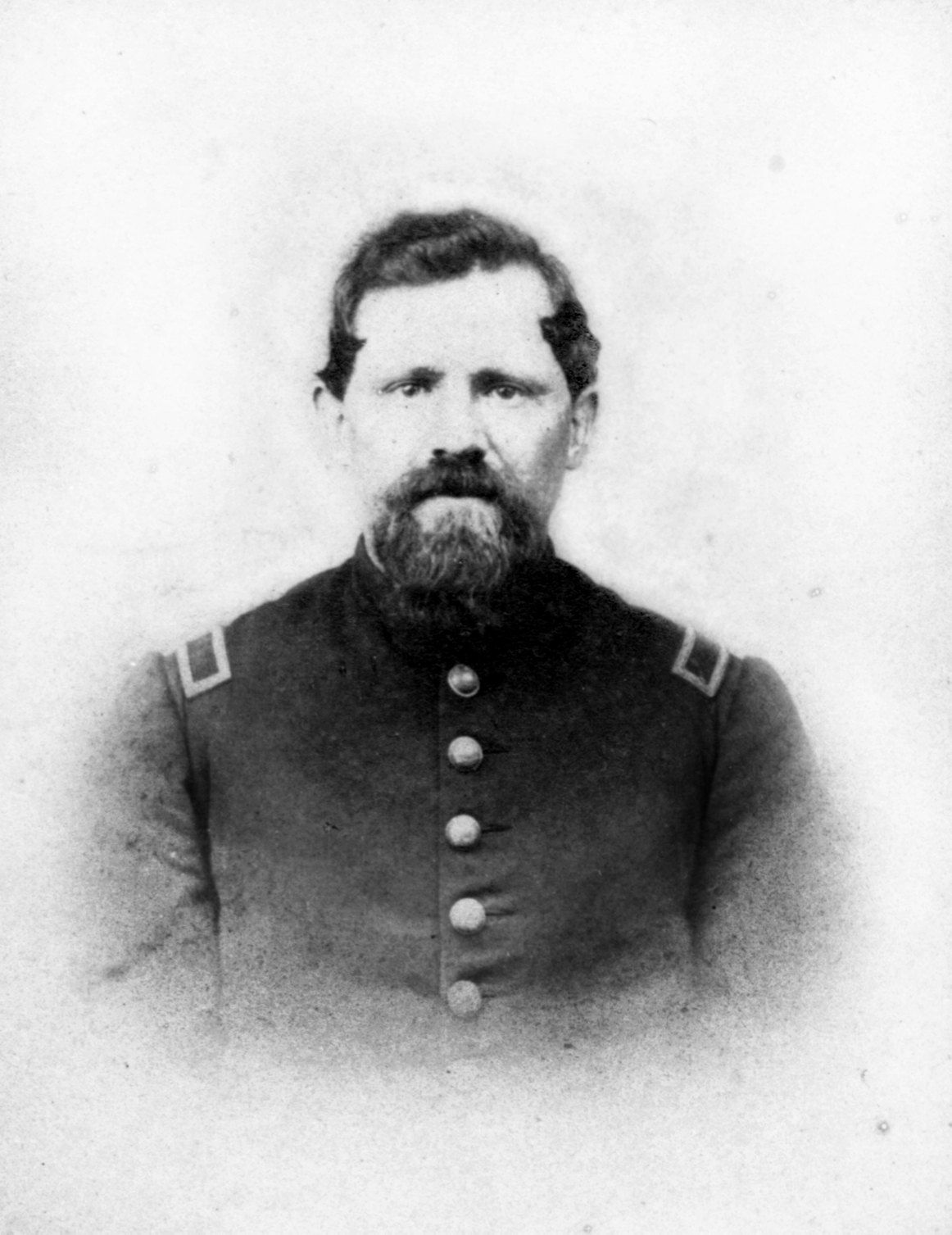 Photo caption: 2nd Lt. Wm. Burns, a Carroll County native, was killed September 22, 1864, at the Battle of Fisher’s Hill in Virginia’s Shenandoah Valley. Burns Post #13 of the Maryland Department, Grand Army of the Republic [G.A.R.] was named in his honor.