8 September 2013 – Along the Way to Somewhere Else

8 September 2013 – Along the Way to Somewhere Else

Along the Way to Somewhere Else

In “Towns and Villages of Carroll County,” Dean Minnich described Hampstead as a place which was “there mostly because it was on the way to somewhere else.”  The “somewhere else” was usually Hanover or Carlisle, PA, or Baltimore.  Since travelers in the early days couldn’t cover those distances without an overnight stop or two, Hampstead sprang up along a road which eventually became a turnpike complete with tollhouses.

Carlisle was an important military outpost by the mid-1700s, and Baltimore was the port from which settlers in Maryland and south-central Pennsylvania shipped their produce, so a road connecting them existed from an early date.  Peter Fowble built a tavern at the northern end of what became Hampstead in the 1790s to provide food and shelter for travelers.  Operating a tavern meant hard work, long hours, and putting up with guests of every description, but it could be a lucrative business.  It’s not surprising that other entrepreneurs followed suit in order to take advantage of the steady stream of traffic in wagons, carriages, and on horseback.  Passengers on a stagecoach route established about 1808 patronized Fowble’s Tavern which became known as White Hall Tavern and was owned by the stagecoach operator.  Travelers via stagecoach may have been a bit more genteel than the average driver of a Conestoga wagon or someone traveling on foot.

The 1862 Martenet map shows 4 hotels along Hampstead’s main (and only) street.   At the north end are two unnamed hotels, while near the center of town are two named the “Central” and “Hampstead.”  One of the unnamed hotels probably was the White Hall, although its name in 1862 is uncertain.  It was described as being surrounded by a large wall “in court yard manner” – fitting the image of England’s coaching inns.  It’s difficult to track hotel names without knowing a date and precise location because the names often changed along with the owners.  Unfortunately, the ancient Fowble’s/White Hall Tavern was a total ruin by the late twentieth century.

While the arrival of a railroad through town lessened Hampstead’s importance as a traveler’s rest, there were three hotels still operating in town in 1910.  The Spring Garden Hotel was “widely known for its high class service and comfortable accommodations,” according to a supplement to the Democratic Advocate that year.  If you spent a night there, the newspaper promised you would be “surrounded by the good things of the table and choice beverages of a well stocked bar adorned with some oil paintings by a local artist of much skill with the palette and brush.”  The hotel also accommodated guests who stayed longer to enjoy the “delightfully invigorating atmosphere of this high altitude.”

Charles H. Sapp was the proprietor of another hotel called the St. Charles or Sapp’s Tavern.  Sapp and his wife offered guests “a nice[ly] equipped pool parlor which has two of the best pool tables made, the Brunswick-Balke.”  They also operated a retail liquor store out of the hotel.  Given this information, it is hard to say whether guests at the St. Charles were very interested in Hampstead’s “delightfully invigorating atmosphere.” 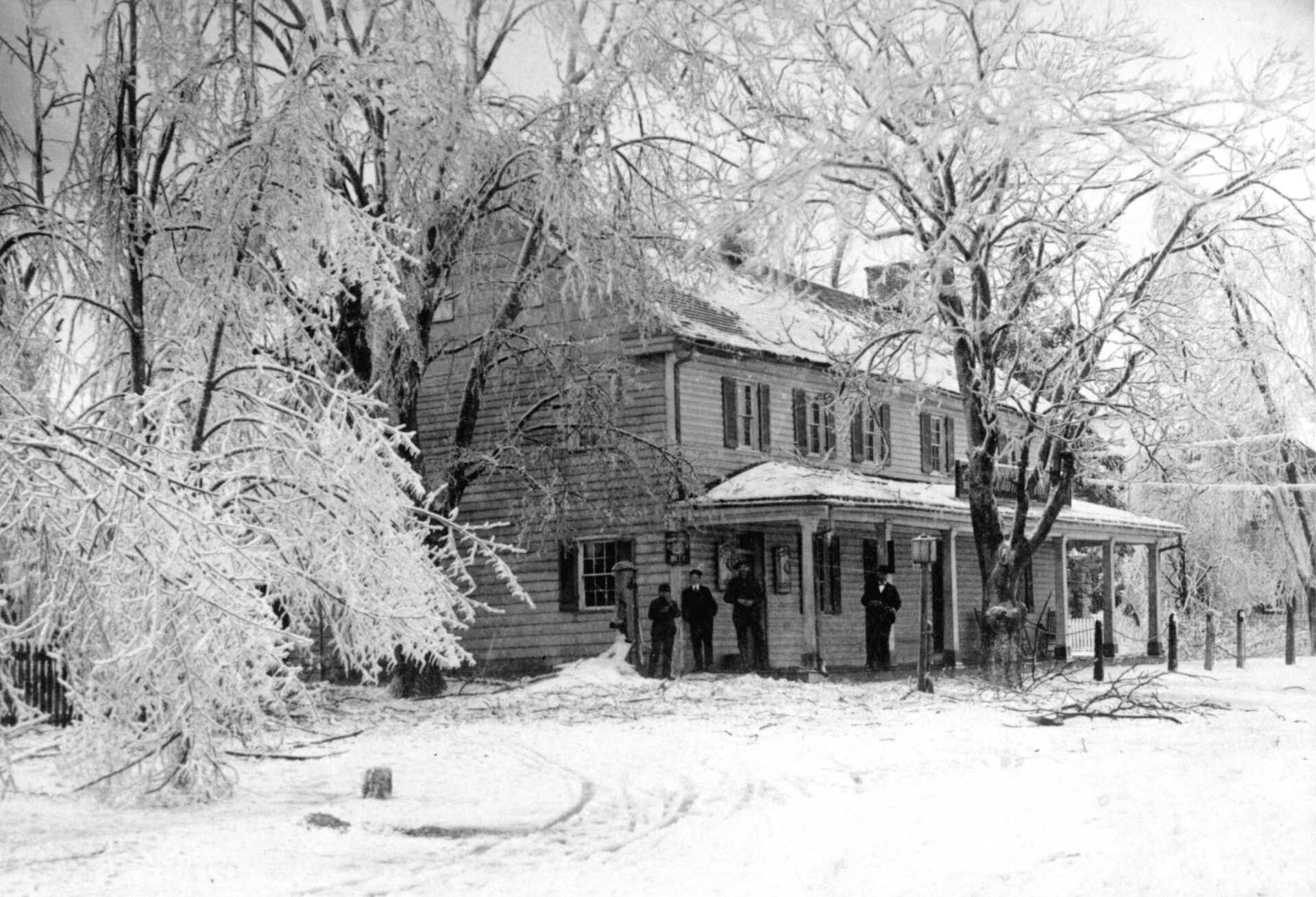 Photo caption:  This photograph of Sapp’s Tavern, also known as the St. Charles Hotel, on Main Street in Hampstead was taken about 1905.  In its early years, Hampstead was an important layover for travelers between southern Pennsylvania and Baltimore and boasted many taverns/hotels.