Carroll’s History of 1- and 2-room Schools

If you want to know the history of Carroll’s one and two-room schools, read Joan Prall’s fascinating 1990 book Schoolbells and Slates. Although now out-of-print, it can be found in the collections at the Carroll County Public Library, the Historical Society, the Genealogical Society, and likely in many homes.

During the late 1980s, Joan spent untold hours interviewing former teachers and students, and researching school histories. Her copious notes are in the Historical Society’s files accessible to anyone. While much of her research is in the book, there are wonderful stories which weren’t included yet give insight into school life before indoor plumbing, central heating, and cafeterias.

Would you believe that Carroll had 133 one or two-room schools in 1894 with nearly 7,000 students enrolled and 162 teachers on the payroll? In the previous ten years, the county had built forty-five new schools of brick, stone, or frame. Some replaced existing buildings, but new ones were needed in growing areas. If you contemplate the distance young children could walk, especially in nasty weather, you realize that rural schools had to be built relatively close together. Some older children arrived on horseback, but the little ones trudged along carrying lunch pails, probably accompanied by siblings or close neighbors. School buses were in use before the era of 1-room schools ended, but didn’t exist in 1894.

To get an idea of how close the schools were, look at old county maps. The schools may not be named, but if you find names of the school trustees from the school board minutes (usually three men who lived nearby), you can make the connection. The trustees kept an eye out for the school and teacher, made repairs, cut the grass, and probably helped new teachers who might be overwhelmed by the number of students suddenly put in their hands. Each county employed a school inspector who traveled from school to school every term reporting on students’ progress and offering advice about “such modes of teaching as may be specially adapted to the need of this class of children….”

Many schools bore the names of families that donated the land, built the schools, or somehow were connected to them—names like Humbert’s, Royer’s, Bish’s, Krideler’s, Black’s, and Wisner’s. Other names came from the tiny communities they served—Spring Mills, Mexico, Bark Hill, Priestland, and Haight. You’d be amazed at how many of the former schools still exist, but they are hardly recognizable when converted to residences with their additions, new siding, plus removal of the chimney and the belfry. Long gone are the detached privies (separate for girls and boys) and the sheds to hold coal for the potbelly stoves that were the source of heat. Lucky the children with desks near that stove on winter days.

Schools were occasionally shut down for a few years if the number of pupils dropped too low. When school consolidation began about 1917, those with less than twelve students were the first to go; Deep Run and Harney were the last in 1956.

Read more about schools in this column on August 23. 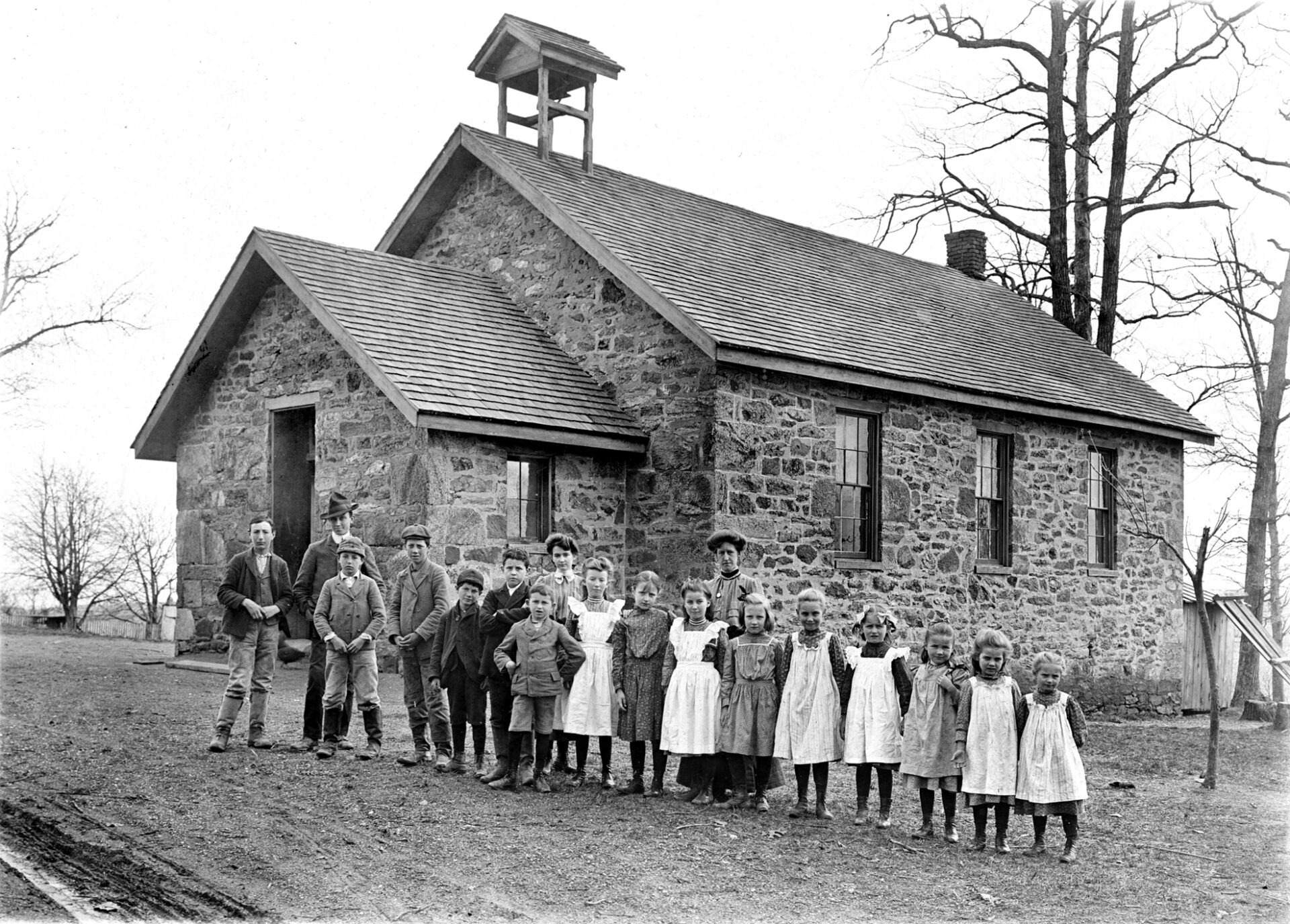 Photo caption: This photo of Friendship School, also known as Stonemarket School, was taken about 1900 and shows a very typical rural school. Friendship stood near the corner of Kate Wagner and Old Washington roads on the outskirts of Westminster. It is now a private dwelling