Burial Ground a Tribute to History

Tucked behind the Princess Shopping Center on Liberty Road in Eldersburg is a tiny burial ground – all that remains of Holy Trinity Episcopal Church founded as an Anglican church in 1771.  The cemetery serves not only as a resting place for some of South Carroll’s important early residents of English descent, but also as a tribute to the late Jim Purman’s interest in preserving local history.

English planters moving westward from the Tidewater areas of Maryland wanted the comfort of their faith near their homes.  This area was sparsely populated in the 1770s and the nearest Anglican church was located in Garrison Forest, so area residents built a “chapel of ease” called Holy Trinity on two acres of land in “Delaware Hundred,” the district which encompassed parts of present-day southeastern Carroll County and southwestern Baltimore County.  “Ease” apparently referred to the fact that the local chapel eased the journey to church from a long ride to a relatively short one.

Prejudices during and after the Revolution plus competition from other denominations, particularly Methodism, caused Holy Trinity to struggle as an Anglican house of worship soon after its construction.  Within forty years it was “used only by the Baptists and the Methodists ‘who were supposed to have swept away the [Anglican] church.’”  By 1820 it was a livestock shelter.

In truth, there was still enough local interest in the Episcopal faith to fully repair the little church in 1843 and a bishop consecrated “this ancient House of God as the Church of the Holy Trinity” on October 31st of that year.   For the remainder of the 19th century, things went well.  The cemetery, located beside the church, served as the resting place for Dorseys, Hollingsworths, Irelands, Warfields and other prominent neighborhood families.

As the twentieth century began, interest in Holy Trinity waned.  The last service was held in 1923 and St. Barnabas, on the south side of the Patapsco River in Howard County, became its successor.  About 1943 the church disappeared entirely, leaving only the cemetery as a reminder of its existence.  In 1964, the Episcopal diocese sold all the land except the cemetery.  Soon that quarter acre was filled with refuse, completely overgrown, and the gravestones barely visible.

It was Jim Purman, former rector at St. Barnabas, who rescued the abandoned cemetery beginning about 1990.  He cleared out the refuse, straightened the stones and lovingly planted flowers to beautify the area.  His enthusiasm for the project resulted in formation of The Friends of Holy Trinity, a group which continues his work.  Each spring since 1991 there has been a Clean-up Day.  On Visitation Day each fall, a “visitor from the past” makes his or her appearance to share bits of local history.  Jim’s memory is preserved in the cemetery in many ways, both physical and spiritual.

The Women of St. Barnabas provided a new iron fence around the Warfield plot in the cemetery.  A Rescue from Oblivion was published to chronicle Holy Trinity’s history as well as to share the story of Miss Susannah Warfield, a Sykesville native and one of the church’s most devoted members.

In addition to the original gravestones at Holy Trinity, several others markers have been included which came from long-lost cemeteries.  About 15 years ago, two small stones were discovered in a driveway in Strawbridge Estates, victims of bulldozers which obliterated the old Manro family graveyard nearby.

Local residents Ann Horvath and Jane Ward are completing a book that will feature biographies of those buried in the cemetery as well as recent activities of the “Friends” group.  It is very clear that although Holy Trinity Church did not survive, it left an indelible mark on the community of Eldersburg.  Despite many threats and narrow escapes, small pieces of history not only survive but also thrive in Carroll County today. 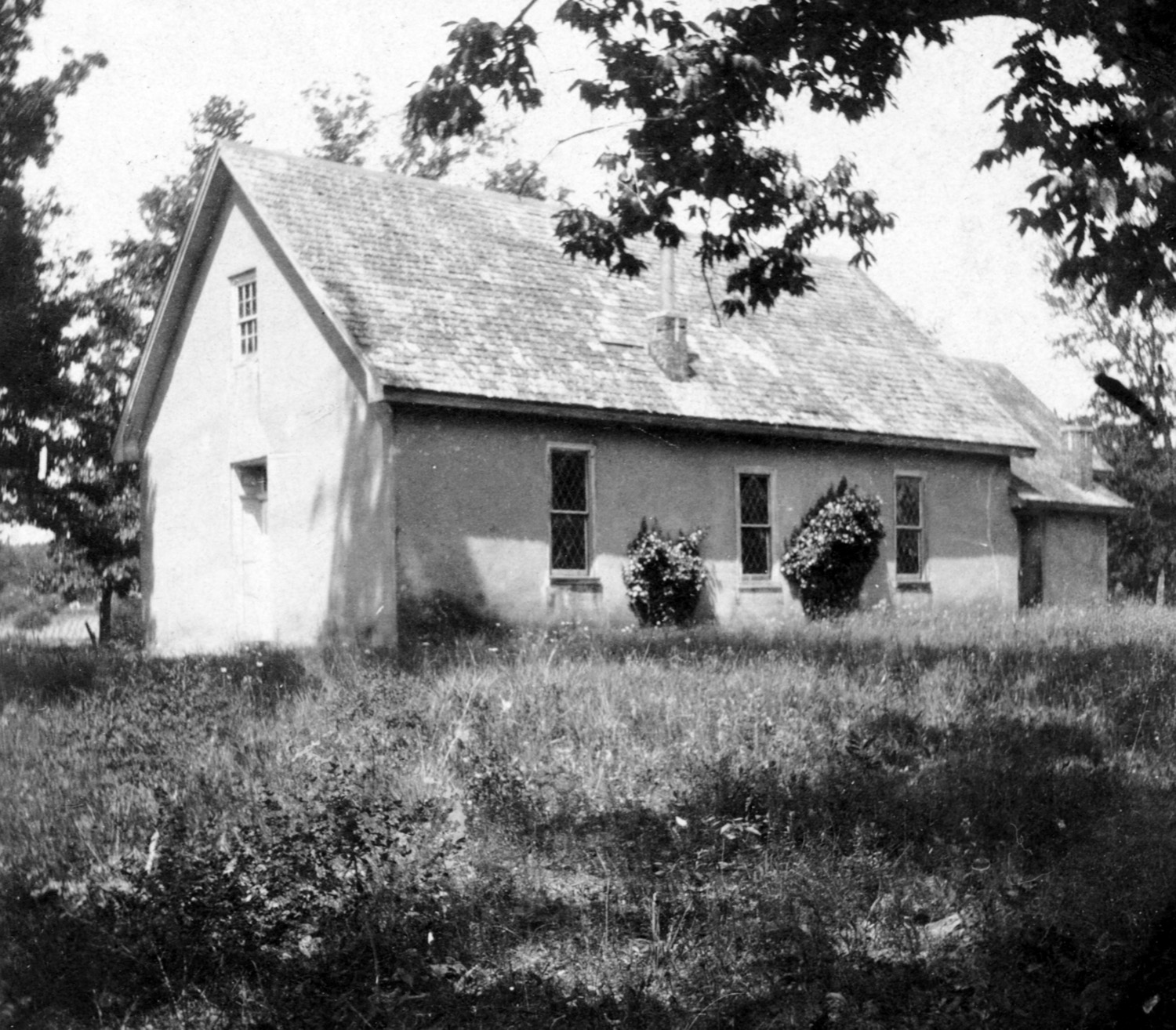 Photo caption:  This undated nineteenth century photograph shows Holy Trinity Episcopal Church in Eldersburg.  The 1771 structure disappeared by the 1940s, but its cemetery still exists. From the collection of the Historical Society of Carroll County.