In the coming months, the Historical Society of Carroll County will re-open the Sherman-Fisher-Shellman House at 206 East Main Street, Westminster, for tours.  Students will be the first visitors, but later in the year tours will be available for everyone.

To fully appreciate the beautiful Federal-style house, it is fun to know a little about its owners.  Mary Bostwick Shellman (1849-1938) was the last private owner and perhaps most memorable resident.  In February 1978, the Times published an article by Miriam Brickett that captures the remarkable Miss Shellman.

Miss Mary Shellman was a woman of great vitality and charm.  In any group of people she would be the one you would look at, even in a parade!

That’s how I remember her, a handsome old lady of 88, leading a group of boys and girls up Main Street.  It was 1937.  Carroll County was celebrating its Centennial.  Dorothy Elderdice had written a pageant to be given at Hoffa Field, and Miss Shellman had been invited to return from Texas to participate in activities in her beloved Westminster.

Head back, beaming at people on the sidelines, she marched to the music with the same enthusiasm she had shown in all her crusading years.  Here was the grand old lady, receiver of many medals for service to the Grand Army of the Republic.  She could reach back in her memories to the day in her childhood when J.E.B. Stuart took over the town on his way to Gettysburg, smiled at this little Union sympathizer, and to the envy of her Rebel friends, swung down from his horse, and kissed her.

She was early motivated politically…  Miss Mary grew up aware of needs or abuses in her town; she had convictions about them, and the courage and stubbornness to do something about them.  Because she had such a dynamic personality she could enlist others to help.

There was the fight to improve the conditions at the County Home for the Poor [Alms House], until Governor Ritchie held it up as a model for the state.  There was the victorious battle to close 21 saloons in the town.  Here she was assisted by 300 boys whom she had won over when she had helped to organize the Boy Scouts in Westminster.  When you can get 300 boys to shout,

“Vote dry for my sake, father,

Which do you value the highest –

Your boy? Or whiskey and beer.”

you’ve really accomplished something.  She did enjoy young people, particularly boys, and her work for the Scouts extended to being secretary-treasurer until it was discovered at headquarters that M.B. Shellman was a woman.

In her reply to her dismissal she wrote: “I can’t vote because I am still classed with idiots, criminals, and the insane.  But be honest, gentlemen, don’t you think that after fooling a lot of wise men a whole year into thinking I was a man, I am capable of handling the vote when I do get it?”

When Memorial Day was instituted nationally in 1869, but no one seemed to take the initiative to start it locally, Miss Mary turned to her boys, and together they planned the celebration and marched in the parade.  After that she said proudly, “In all our parades I have always been given the boys’ division.”

So there she stepped in the Centennial parade, with another generation of boys around her, past her home, our Historical House.  What recollections must she have had then!  The day in 1884, for instance, when the first residence telephone in this County was installed in the upstairs hall of the Shellman House.

Miss Shellman was to become manager and day operator of the telephone company, with an office in the Wantz Building.  Imagine her surprise when Alexander Graham Bell, in town to inspect the telephone system and due at the Shellman House for lunch, went instead to the office, where Miss Mary greeted him with her customary aplomb.  Later she cherished the little gold and jet telephone Mr. Bell sent her.  It now has a permanent home in the Historical Society.

There was another memento she cherished too: a pin given her by Clara Barton for her staunch work for the Red Cross….

Her dramatic ability was widely known.  If she was in a local play it was bound to be good.

She used all her talents for the causes she was dedicated to, and the one she pursued with great ardor was the Just Government League.  With verve and efficiency she organized young women to line up with her in the Votes for Women campaign, and then planned a great celebration when the 19th amendment was finally passed.

Even strangers in town for the Centennial parade, not knowing anything about Miss Mary Shellman, were drawn to her by the magnetism of her personality.  This lady, with her bright spirit, her compassion, and her determination, was the focal point of the parade.  I’m glad I can remember her that way. 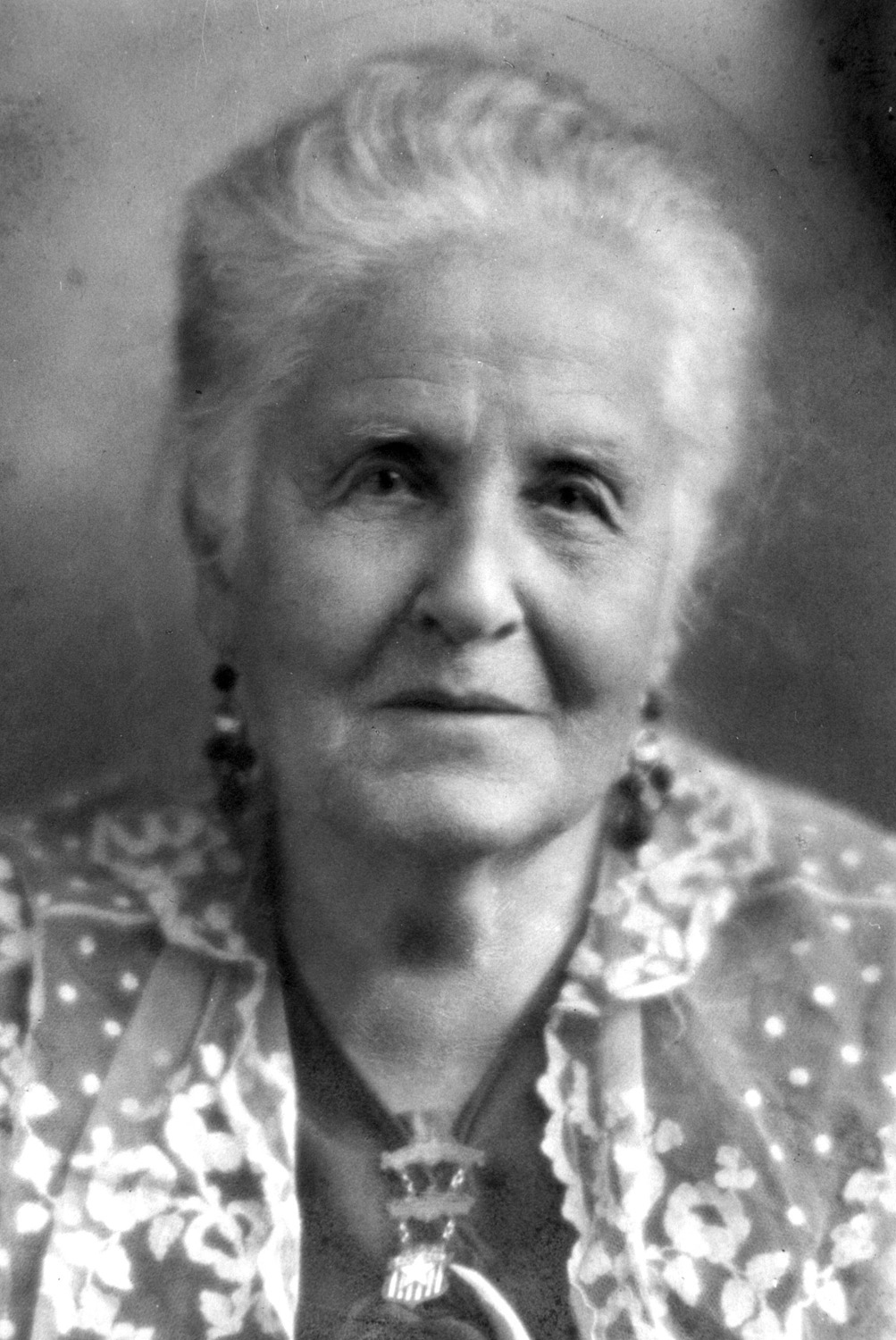 Mary Bostwick Shellman, the last private owner of the Sherman-Fisher-Shellman House, was a driving force for progress in Carroll County throughout her long life. From the collection of the Historical Society of Carroll County.