More than 250 years ago, German-speaking immigrants began settling in present-day Carroll County.  As farmers, millers, innkeepers, etc. they were important in establishing the character of the County.  Names such as Yingling, Hoff, Bowersox, and Shriver dotted 19th century maps and are part of 21st century telephone directories.  Dr. Ferdinand Dieffenbach was a different kind of immigrant.  He arrived after 1850, lived barely 10 more years, but had a profound influence on early education here.

The Dieffenbachs of central Germany had been ministers for a hundred years when young Ferdinand, an idealistic university graduate, became deeply involved in the German revolutionary movement of 1848.  His grandson described him as “a Democrat, a sincere and ardent lover of the plain people, not in the abstract merely, but in deep fellowship with actual neighbors and their simple lives…”  On April 8, 1848 he delivered what must have been a passionate speech in Schlitz, Hesse-Darmstadt entitled “The New Freedom” which rang with the issues of brotherhood, equality and independence.   The German states of 1848 weren’t ready for unification, nationalism and liberalism, however, and the revolutionary movement was soon crushed.  Proponents such as Ferdinand Dieffenbach found it in their best interests to emigrate as quickly as possible!

Twenty-seven year-old Ferdinand and his wife left Hesse-Darmstadt during the summer of 1848 with a babe in arms, settled for several years in Baltimore where he taught at the parochial school associated with Zion Church, and ended up in Manchester by 1853.  He began his own school with just two pupils and called it “ The Independent Academy.”  It was located opposite the Lutheran and Reformed Churches on York Street.  By 1856, an institution for girls known as “Manchester Female Academy” had been established under his wife’s direction with its dormitory on Main Street.  The same faculty apparently taught both sexes although the curriculum for girls was somewhat different.

Dieffenbach changed the name of his school for young men and boys to Irving College in 1858 in honor of the famous American author, Washington Irving.   The scholars came primarily from Pennsylvania, Maryland and across the South including Texas.   In addition to Greek, Latin, English grammar and foreign languages, the curriculum included mathematics and science plus quite a bit of military training.  Dieffenbach, the President, spoke 7 different languages.  By 1860 the two schools were large enough to require six instructors including one listed as a military inspector.  “A sound mind in a sound body” was the College motto.

During February 1859, the students celebrated George Washington’s birthday with elaborate festivities and donated the money they raised to help save Mount Vernon.  A newspaper that year declared the College was “in the most prosperous condition.”  An 1860 observer noted, “The President and Faculty form one family with the students, so that the Institution has all the comforts and social happiness of a home school.”

But those were the halcyon years of Irving College.  On the day Abraham Lincoln was inaugurated president in March 1861, Ferdinand Dieffenbach was buried in Manchester at just 40 years of age.  His wife and others struggled to keep the college afloat, but the Civil War and inexperienced administrators eventually took a toll on what had promised to be an outstanding educational institution in Carroll County.  It still existed as “Irving Institute” in the 1880s with D. Denlinger as the principal, but was ultimately offered at a public sale in 1898.

Ferdinand, his wife and two later generations are buried in the Lutheran/Reformed cemetery in Manchester.  Several researchers have contacted the Historical Society in recent years inquiring about Dieffenbach and Irving College on behalf of people living in Germany.  It would be interesting to learn more about the role he played in the 1848 revolutionary movement.  Carroll County can be grateful he ended up here and brought his considerable teaching and administrative skills to Manchester. 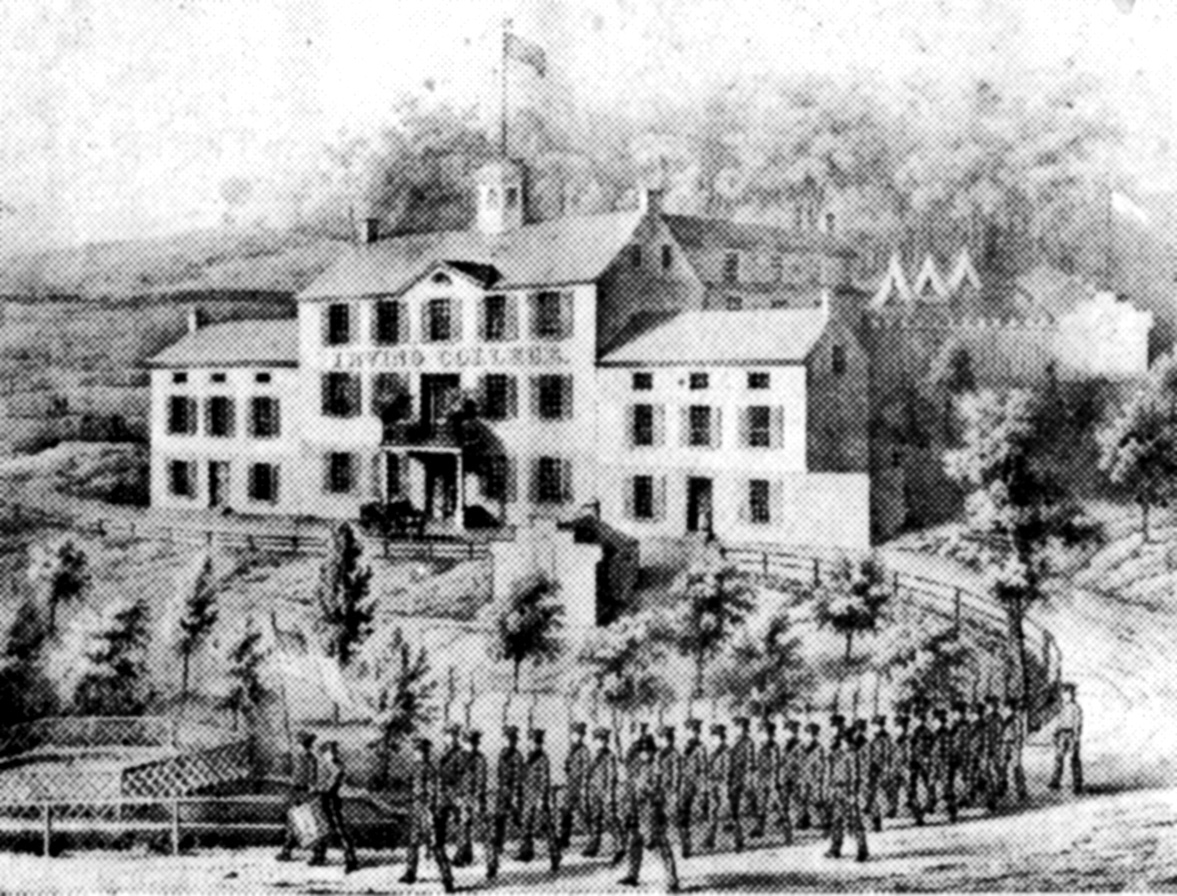