As a cultural tradition, Halloween has evolved over many centuries from pre-Christian rituals combined with religious celebrations. All Hallow’s Eve was the vigil of Hallowmas, celebrated by lighting bonfires to fend off ghosts and witches on the evening before the Feast of All Saints on November 1. Although much altered today, Halloween persists as a secular custom in our national and local folklore. As the Pennsylvania German culture became prominent in Carroll County, so did their stories of supernatural happenings. In his 1982 book, Ghosts and Legends of Carroll County, Jesse Glass presents examples of the spirited folklore surrounding many of the municipalities of the county. Two of the more infamous stories evolved around “Big” Tom Parkes and Legh Master. As the local lore goes, a complaint was filed against “Big” Tom Parkes that led to his arrest for disturbing the peace. Tom did not go peacefully, and it took the sheriff and two deputies to subdue him. This arrest was not the first for Tom who had already been arrested for blasphemy (showing contempt or lack of reverence for God), stealing hay, and hitting a woman. Stories vary, but sometime during his night in jail “Big” Tom cut his own throat with a clasp knife. Dr.
Zollickhoffer, famous in Carroll County for his scientific research, was called in by the sheriff to provide the coroner’s examination of “Big” Tom. Seeing the corpse with its unusually large head, Dr. Zollickhoffer requested its removal so he could do further investigation. The sheriff granted the removal and the rest of the body was buried in a local cemetery. Many people over the years have reported seeing Tom walking the streets of Westminster in the vicinity of the jail on Court Street searching for his head.

Legh Master was born in Stockport, Lancashire, England, and moved to the area now known as Furnace Hills on the western edge of Westminster in the mid-1700s. During his time, Master purchased much land to mine iron ore and provide wood to fuel the furnace. Legend has it that he became infatuated with a servant girl but grew angry when her sweetheart, Sam, garnered her attention. Master had Sam thrown into the iron furnace and then bricked up the girl in an oven while she was still alive. During renovations of his home, known as Avondale, in the 1930s, the
oven was opened, and a human skeleton found. Upon his death, Master’s spirit did not rest easy as his bones supposedly rose three times from the burial site on his plantation for no apparent reason. He was later interred in consecrated ground at Westminster’s Church of the Ascension under a large stone slab which quickly cracked. His ghost, riding a grey horse that spews fire from its nostrils, is sometimes accompanied by three glowing imps. It has also appeared riding a black horse or walking through the woods around Avondale.

David Buie is a Taneytown resident who has a passion for Carroll County and its place in
history. 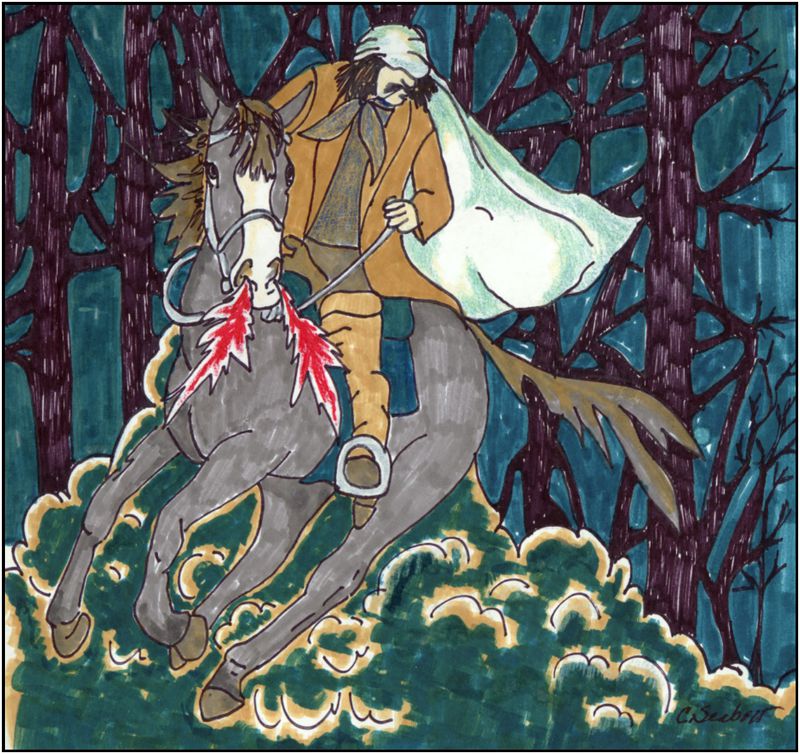 Photo credit: Submitted photo
Photo caption: Front cover of the book by George Donald Riley, Jr. “The Ghost of Legh
Furnace” which is available in the bookstore operated by the Historical Society of Carroll
County. The book provides a biography of Legh Master.