What a pity Isaac Van Bibber (1810-1847) didn’t leave behind more of his writing for us to enjoy!  The diary he kept in 1844 while traveling around central Maryland to raise money for the building of Westminster’s Ascension Episcopal Church is brimming with humorous anecdotes reminiscent of Charles Dickens.  This well-educated, well-traveled young man from a wealthy Carroll County family was, in fact, a contemporary of the famous author.  Take a few minutes to enjoy these amusing incidents extracted from his diary.

I was mounted upon Chew’s mare, and bound to Sykesville, with the intention of proceeding thence to Baltimore to obtain credentials from the Bishop.  Little occurred previous to my arrival at Sykesville worth mentioning, excepting that I fell in with two whirlwinds and Jacob Null.  I must give the former the credit of saying that during the short time they favoured me with their society, they exhibited far greater liveliness and vivacity than the latter.  Indeed, I am compelled to add that Mr. Null would have been much more appropriately designated if, instead of one name, he had followed the example of Lord Brougham and Vaux, and adopted the highly significant title of Null and Void.

As Mr. Garratt was not at home upon my arrival in Sykesville, and [as] most of the doors appeared to be locked, I enjoyed an opportunity not to be neglected of ascertaining by repeated measurement the number of paces in the hall and portico of the hotel.  At length Mrs. Garratt appeared, and as I was ravenously hungry, I requested dinner immediately.  She curtsied very politely, and requested to know whether I would have fish or beefstake (sic).  I was about to say both, and had some faint thoughts of suggesting the addition of a veal cutlet, but reflected that such a reply would hardly have been delicate under the circumstances, and moreover that I was upon an errand of the Church, and that this was the season of Lent.  I therefore uttered with sorrowful forbearance – fish.

Leaving Sykesville, I rode immediately to Mr. Patterson’s, whom I found at some distance from his house, sitting on a log reading a newspaper.  I asked him to read what I had written up on the first page of my subscription book, but instead of doing so, he asked me what it was all about.  I told him it related to the building of an Episcopal Church in Westminster, at which he shook his head, saying that he would have nothing more to do with the building of Churches, as he looked upon them as causes of contention in the neighborhood.  I then hazarded a few words of expostulation, and told him that I would most gratefully receive anything that was offered.  To this he made no reply, pretending to be deeply engrossed with an exquisite representation of some steam cars at the head of one of the columns of the newspaper.  Finding his thoughts in such a train, I bid him good morning, and receiving a very polite salutation in reply, rode away.  Thus vanished my golden dream of a handsome donation from the wealthy Mr. Patterson.

At length, I mounted my horse and went over to Mr. Jesse Hollingsworth’s, who lives in sight, about quarter of a mile distant.  Jesse was not at home when I arrived, but being sent for he soon made his appearance, and gave me a warm and hospitable reception.  He has residing with him as governess a young lady named Miss Badger, somewhat of the apple dumpling order of beauty, fat and healthy in the extreme.  This young lady, perhaps owing to her extreme rotundity, has revolved completely round in her religious notions, and from a Presbyterian has become a complete high churchwoman.

Isaac Van Bibber’s wit and appreciation of human nature must have made him a delightful addition to Carroll County society.  His diary, which appeared in the September 1944 issue of Maryland Historical Magazine, contains many other stories from his fund-raising tour.  A copy is in the collection of the Historical Society of Carroll County. 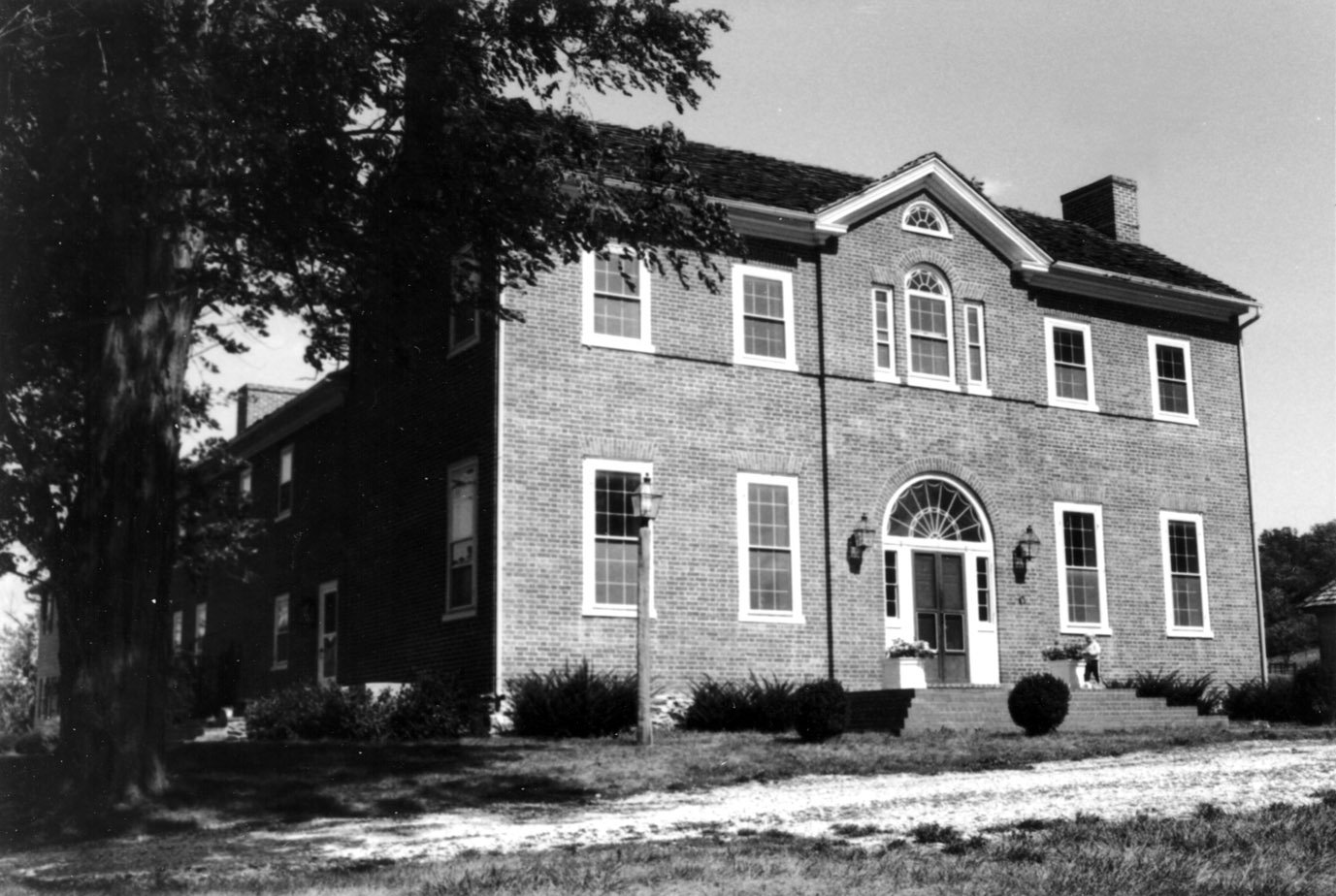 Caption for photograph:  Avondale, home of the Van Bibber family during part of the 19th century, is located between Westminster and New Windsor.  It was built about 1770 by Legh Master, owner of a nearby iron furnace.