When the St. John steeple came tumbling down

Late spring, summer and early fall are often marked by sudden violent storms seeming to appear out of nowhere.  Ominous black skies send people scurrying to harvest clothes off the line, bring in deck chairs and vacate busy baseball diamonds.  Such a storm wreaked havoc on much of Carroll County in June 1952 and brought the 90-foot steeple of old St. John Catholic Church in Westminster crashing to the ground.

Before the Westminster Branch of the Carroll County Public Library was built on East Main Street, a large, gothic-style brick church occupied the area in front of St. John Cemetery.  A rectory, convent and school were also part of the church complex near the railroad crossing.   The church with its tall, slender steeple dominated the downtown area from the 1860s.

The Times of June 26, 1952 described a “freak storm which hit the county last Thursday” with wind that “appeared to reach hurricane force.”

An eye-witness, Miss Catherine Stoner, secretary at Westminster Shoe Company, was walking on Green Street when the storm broke and she had to take shelter in the Welty doorway.  From there she was able to see, without obstruction, the falling of the steeple.

In the words of Miss Stoner [it] was a “terrible sight to see – gave a feeling of complete reality – just couldn’t happen – a terrific force making it lean over so slowly – must put out hand to try to stop it.”

According to this witness the steeple was intact after breaking off until it leveled off horizontally and then dropped through the rectory causing further damage.  The back upper wall of the rectory fell over in a delayed action after the original impact.

Other witnesses from the Main Street side felt that they saw the structure sway several times and then fall.

The pastor, the Rev. Father James A. Dwyer, was in Baltimore on sick calls and the assistant pastor the Rev. Stephen Melycher was not at home when the storm raged.  Miss Mary Dwyer, sister of the pastor, was engaged in house cleaning when the storm came up.  She called to her mother, Mrs. Mary Dwyer, who was sitting on the front side porch, which later was completely demolished, and asked her to close the windows quickly.  This hurried call to come inside probably saved her life.  Mrs. Dwyer and her daughter are the housekeepers of the rectory.  They were unharmed…

On Thursday afternoon, David Young, 20, New Windsor Road, and his sister, Dorothy Marie, aged 11, drove to the school grounds and parked their car between the church and the school.  Noticing dark clouds, David Young instructed his sister to remain in the car while he went on an errand across the street.  A few moments after he left, the storm broke.  Dorothy Marie described it as “waves of rain” washing against the car.  She heard a crash and two limbs fell upon the car in which she was sitting.  The girl’s first thought was “I’ll go into church – I can be safe there.”  She started from the car and ran to the front of the church.  There she saw a mass of brick, stone and wreckage covering the ground around the church and part of the rectory.  Dorothy Marie, thoroughly bewildered, proceeded to the store to find her brother.  She later made the statement, “That was the worst storm I’ve seen in all my eleven years.”

Carroll County was hit hardest by the windstorm.  Many trees fell along State Route 32 between Westminster and Taneytown, and at one time every auxiliary road in the county was blocked by uprooted trees.

The damage was widespread extending from Cranberry to Sykesville through to various sections of Baltimore City.

Falling trees put approximately 10% of all telephones in the area out of commission.  Some homes were without electrical current throughout the night.  Many farmers were forced to milk by hand because of the lack of power.

Who knows how today’s meteorologists would explain the storm.  St. John Church continued to serve as a house of worship until the 1968 when the building was condemned.   Both the old school and church were demolished in 1977, but the rectory, built after the 1952 storm, was incorporated as an extension of the public library and now houses its Outreach Services Department. 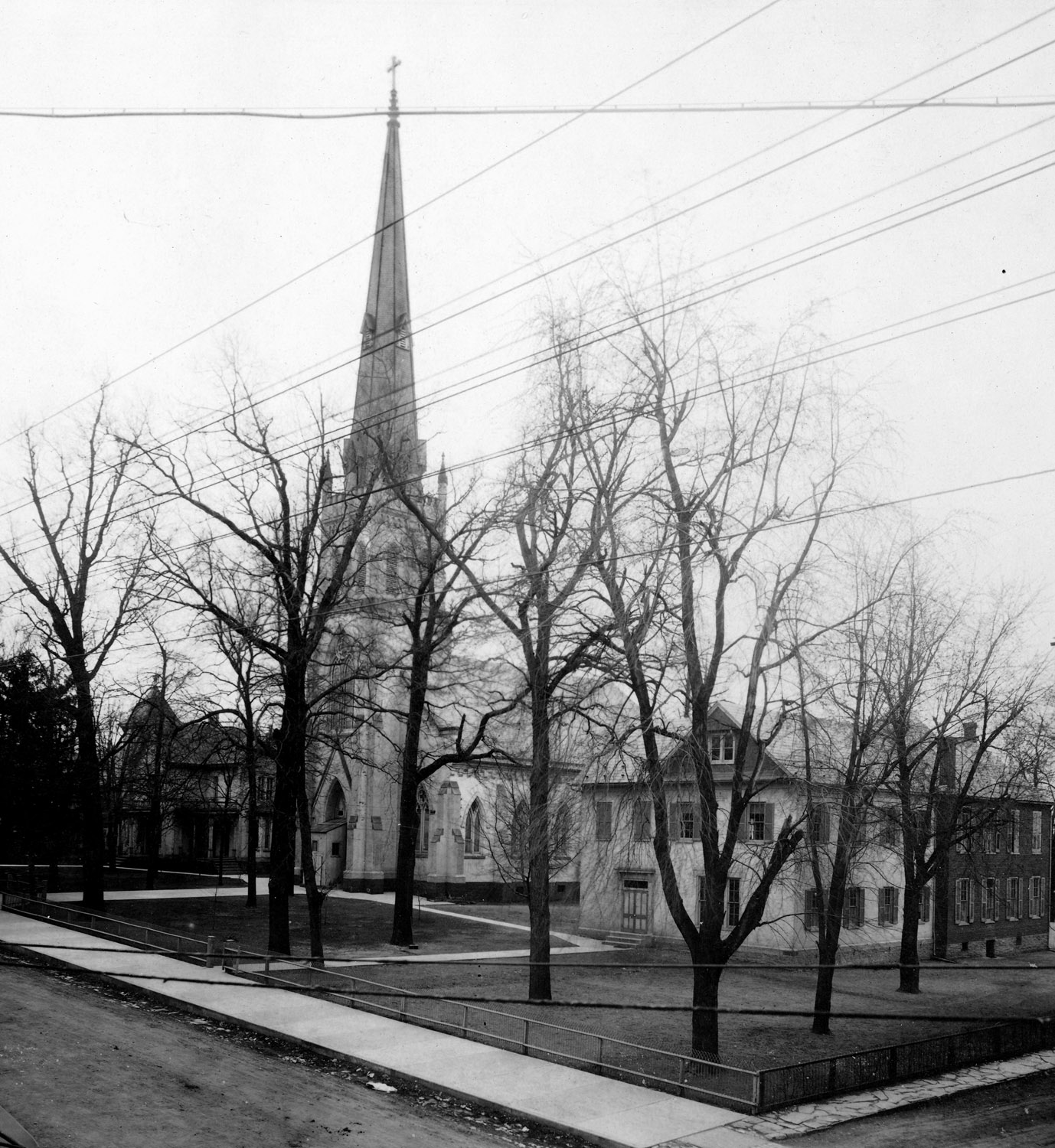 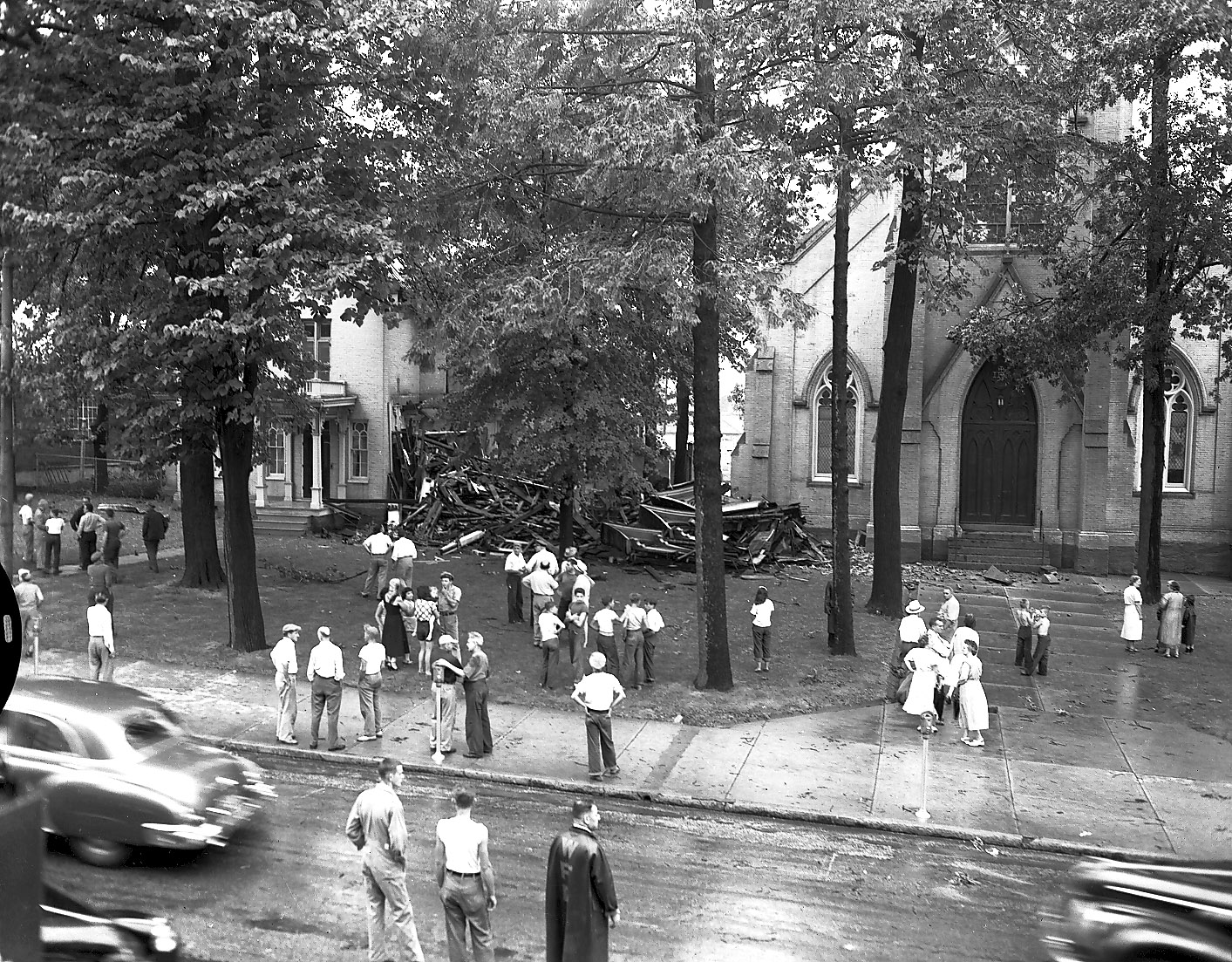 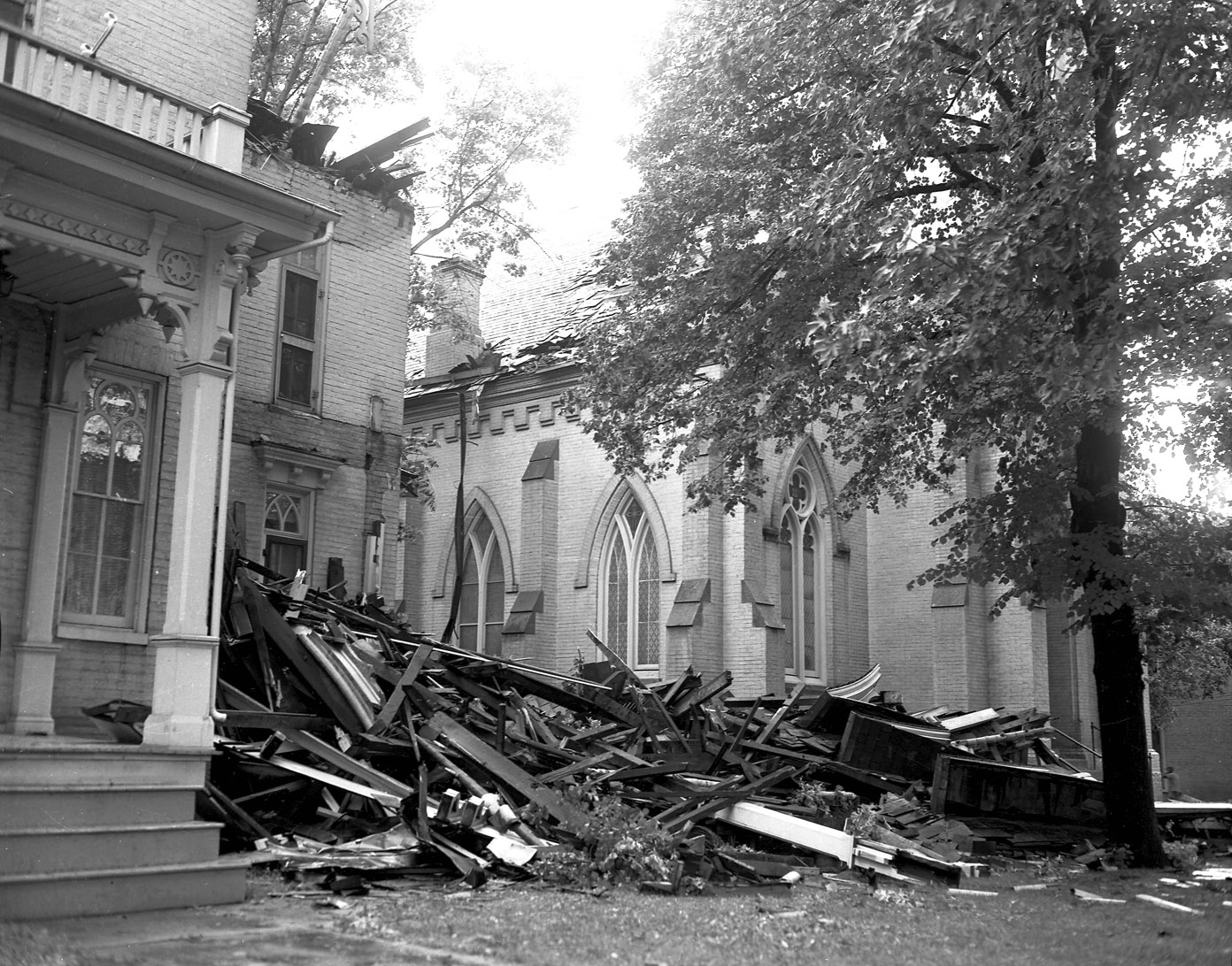 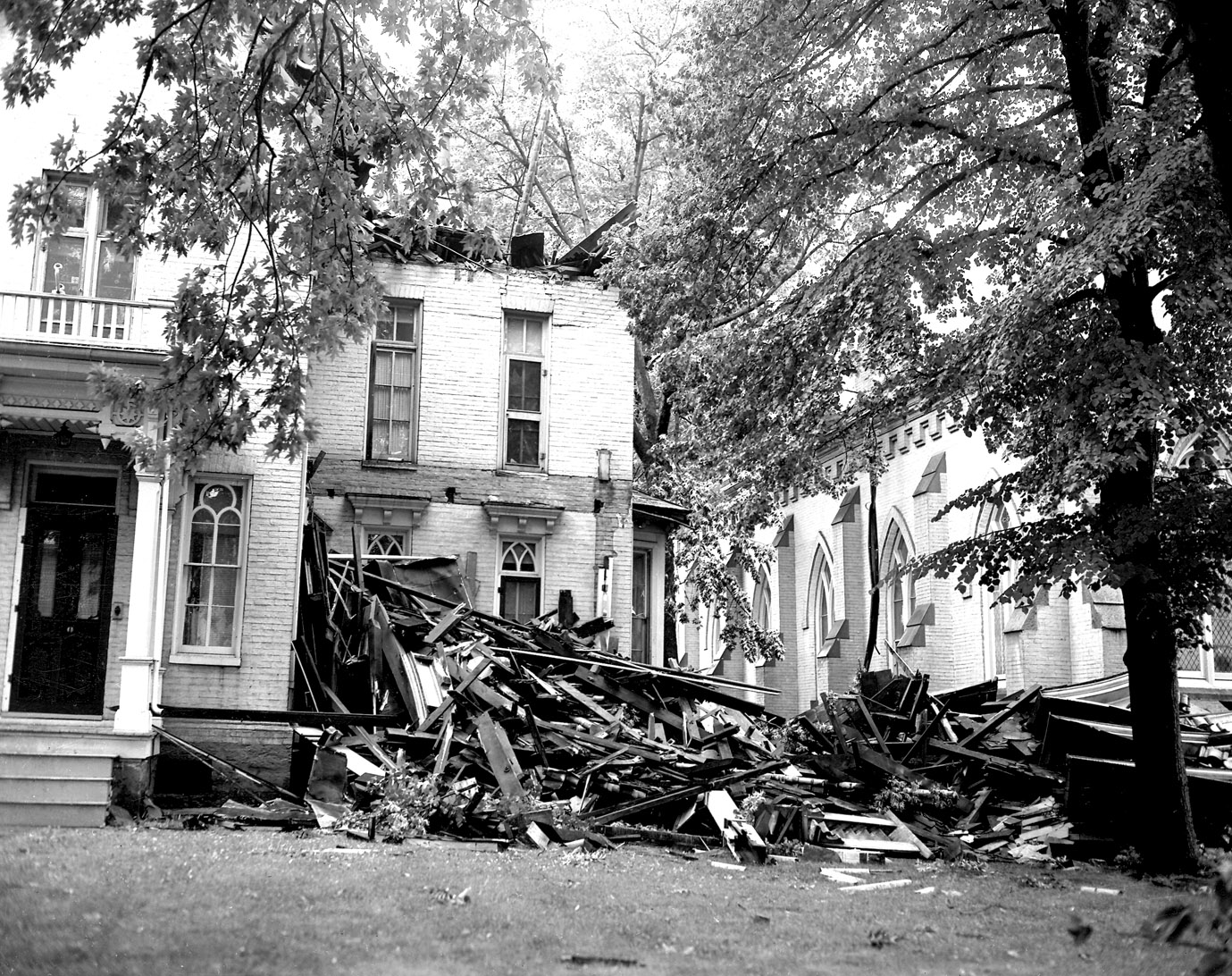