It is easy to forget that Confederate cavalry briefly occupied Westminster on three different occasions in the Civil War– not just during Corbit’s Charge of June 29, 1863. The final time occurred during the Johnson-Gilmor Raid of July 1864.

Civil War enthusiasts will recall the last major Confederate invasion of the North occurred in July 1864 when Robert E. Lee sent a huge infantry and cavalry force under Jubal Early to capture Washington and release Confederate prisoners held at Camp Lookout in St. Mary’s County. The effort failed, but Carroll County was affected when Confederate Colonel Harry Gilmor raided New Windsor, then charged into Westminster with a handful of his cavalry and controlled the town for a brief period. He cut the telegraph lines and demanded a ransom of 1,500 suits of men’s clothing, including boots and shoes, from Westminster’s mayor.

Gilmor left a day later (without collecting the ransom), and went on a rampage through Baltimore and Harford counties cutting more telegraph lines, capturing trains, and spreading fear throughout the region, but he never got closer to Baltimore than Towson. Having failed to reach Camp Lookout and free prisoners, Gilmor re-joined the Confederate troops that retreated back into Virginia in mid-July and never ventured north again.

You would be mistaken, however, if you thought Westminster was subsequently free of any troops. In 2011, the Historical Society received a copy of a letter from Private Josiah G. Hulett who served in a Delaware cavalry company sent to guard the town in August after Gilmor left.  Hulett’s company must have been formed in Wilmington in response to the Confederate invasion because he enlisted July 13th. The cavalrymen headed straight from Wilmington to Baltimore and then went on to Westminster, probably arriving about August 1st. Hulett wrote, “The Union people about here are very kind and liberal. They are the best people we have met with since we left home. They were very glad to see us because they have been plagued by the rebs several times since the rebellion began.”

The men in Hulett’s company thought they might have “some sharp work to do but we have not seen any rebs yet. We have captured several fellows supposed to be rebel spies. We picket several roads around here every day and night. Each set of pickets stays out twenty four hours.”  Hulett always served as a picket on the turnpike between Westminster and Gettysburg. When the company first arrived, they had to keep their horses saddled all night “so as to be ready to mount at any time.” Once there was an order to form a battle line in town and the men responded, but it was a false alarm.

Even though General Early and his troops were back in Virginia by mid-July, Maryland remained alert in case of another incursion. Ten to fifteen thousand Union troops under General Lew Wallace were still stationed in Baltimore in late July, and Wallace asked the Delaware men to serve another 70 days beyond their original 30-day enlistment. 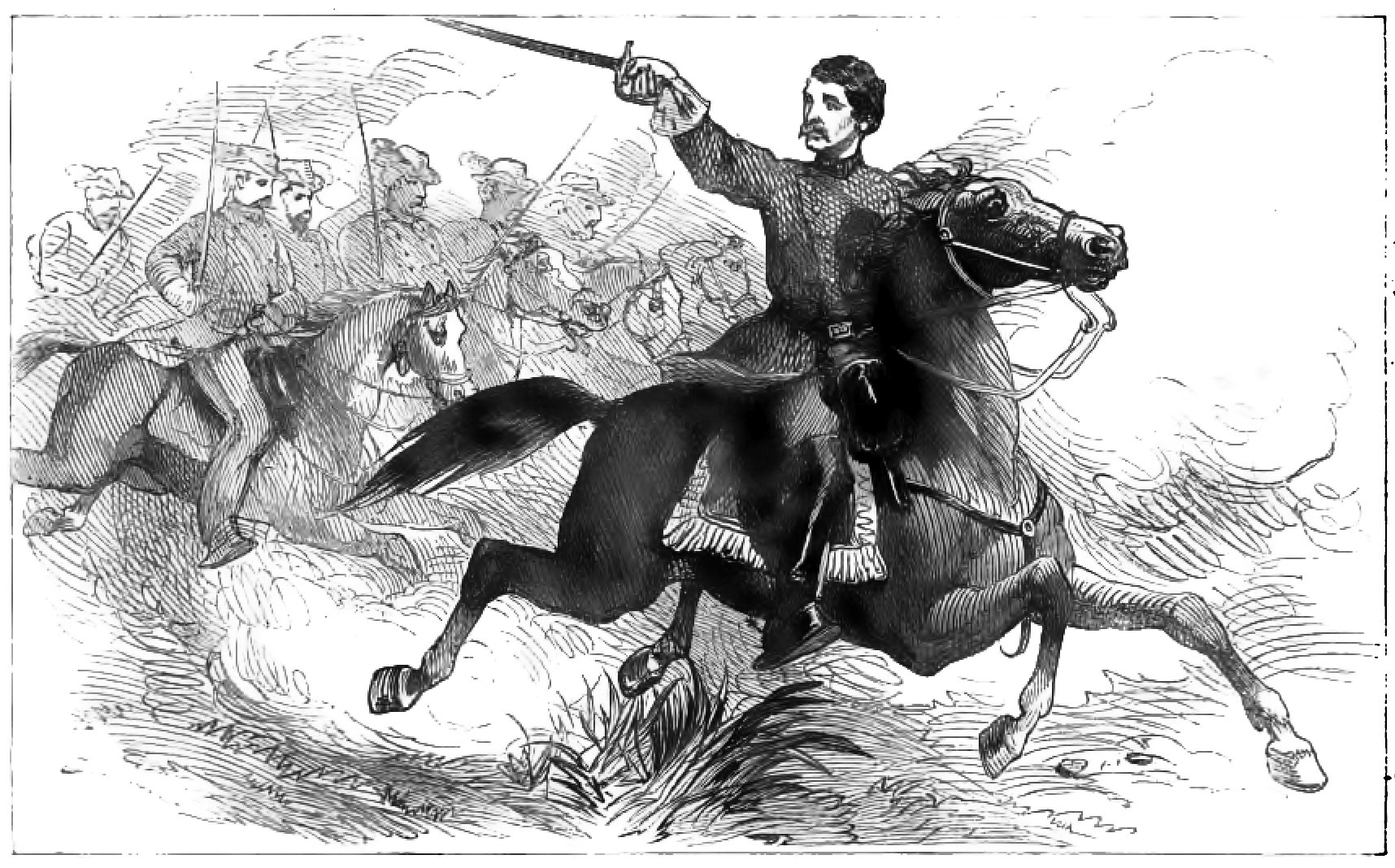 Image caption: Colonel Harry Gilmor, a Maryland native who served in the Confederate cavalry during the Civil War, spent a short time in Carroll County during the Johnson-Gilmor Raid of July 1864. In 1866, Gilmor published his war-time experiences under the title Four Years in the Saddle.