Carroll County celebrated its 170th birthday on January 19th with a reception and illustrated lecture at the Westminster Fire Hall.   It was a lovely affair enjoyed by a large crowd of history buffs.  But what occurred at the time the County was formed?

Among the Historical Society’s treasures is a letter postmarked January 17, 1837, sent by “Peggy” to her friend “Kate” living in Bangor, Maine.    Kate, daughter of Philip Jones, spent much of her childhood in a brick house on East Main Street in Westminster where her father was a merchant.  The Joneses were part of an old, well-connected Baltimore County family.  Philip moved his family to Bangor about 1835 for unknown reasons, but news-filled letters apparently kept everyone in touch with Westminster doings and doers.  Peggy’s fascinating letter describes her apprehension over passage of a bill to form Carroll County and the town’s celebration when good news arrived.

15th – John returned from Annapolis for one day, but the citizens of Westminster would not allow him to remain.  I am expecting him daily and shall keep this letter until he arrives, that I may give you the news respecting Carroll County.  I hope that it may be the weight of the County bill that retards his homeward steps.  The people here are very sanguine respecting the confirmation of the bill; so much so that they have had several flags painted, transparencies made, &c.  I fear there will be no occasion to unfurl them…

16th – Hussa for Carroll County, Kate, the bill has indeed passed by a majority of twenty-eight.  I know you will all feel as much rejoiced at the news as we are.  John and Mr. Reese came home this morning and rode through town in a carriage with a flag and a beautiful one floating in the breeze.  Mr. Yingling was flag bearer as he made it and it was fixed in the carriage before they came down town.  Mrs. Mathias and I hoisted our red merino shawls out of the second story and Miss Anne hung one of her silk gowns of ancient date on her tree.  Some of the gentlemen thought it was a yellow flannel petticoat!!  There is not any doubt of its passing the Senate on Tuesday, but the illumination ball, &c. has been deferred until then.  Hussa for Carroll County!

I refer you to this week’s “carde” for particulars.  I wish dear Kate that I could convey to your mind what is transpiring in old Westminster.  It is night and a strolling band has just passed the window shrieking rather than singing some merry tune – while Irish town [west end near Union Street] is quite illuminated with the burning tar barrels and musical with the voices of the multitude.  Oh that I could run over and talk to you and Liz!

I have just returned from the window from which I have been looking at a most brilliant scene, a pole of many feet high is planted nearly opposite your house and [an] immense bonfire on top of it, while from the appearance below I think all the villagers are present…

17th – Oh Kate, there comes a band of music, goodbye for the present.  Well, you will think this is a strange letter – but so it is.  I went to the door where the musicians halted and after wishing success to John K. Longwell and Francis Brengle, fired a salute which came so unexpected to me that I enacted over the scene which occurred one night here when I had been waltzing with you… [Last sentence not clear.]

I will now dear Kate bid you good night and fill up the corners tomorrow with a better pen.

Dr. Shriver wished to fill up the margins but I must monopolize the whole and then shall not thank my goose quill for it has not done me near the service that my tongue would have in talking to those I love far away.

Four years after the event above, Kate returned from Bangor to marry James M. Shellman, a distinguished lawyer 14 years her senior who was originally from Georgia.  He was Westminster’s first mayor, designed the County’s beautiful courthouse and played other prominent roles in local affairs until his death at 49 in 1851.  Katherine Jones Shellman raised their four children in homes on East Main Street where she died in 1898 at age 83.

Mary Ann Ashcraft is a volunteer in the Library of the Historical Society of Carroll County. 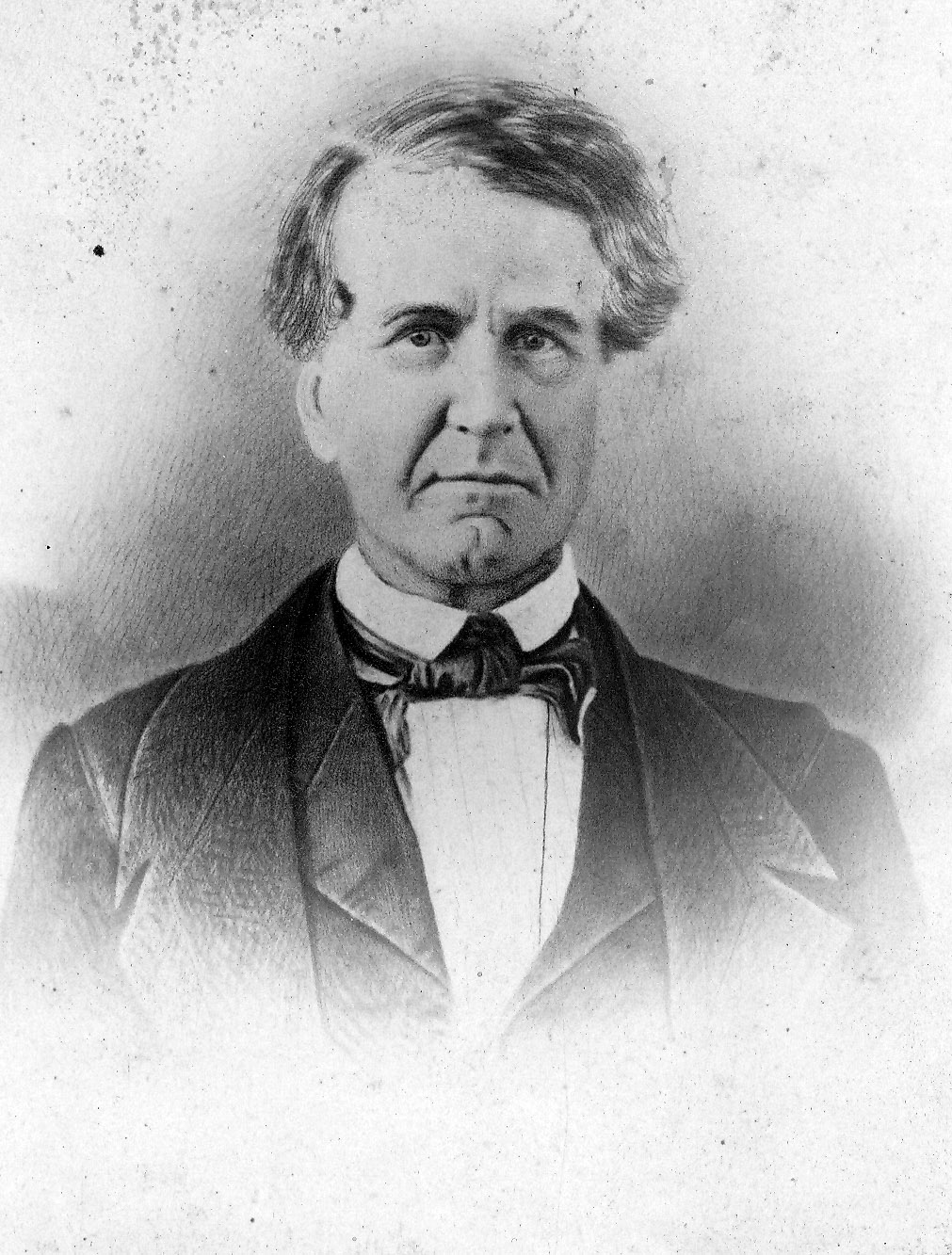 Photo Caption:  James Meriwether Shellman, known as the “Grey Eagle of the Alleghenies” designed the Carroll County Courthouse and was Westminster’s first mayor. Courtesy of Historical Society of Carroll County.