One of Carroll County’s intriguing residents was Arthur Tracey, born and raised in Hampstead.  Tracey’s interest in history began early.  As a boy he explored the old Native American trails near his home, collecting artifacts as he went.

Tracey graduated from the University of Maryland in 1910 and in 1912 he opened an optometry office and pharmacy in his hometown.  In 1914, shortly before the birth of their daughter Grace, Tracey and his wife Lulu vacationed in the American Southwest, visiting Native American sites.  His inheritance of a collection of surveyor’s notebooks aroused a new interest in surveying and land ownership.

Beginning in the 1930s, Tracey studied the land ownership records for the region of Baltimore, Carroll, Frederick and Washington Counties.  Countless hours were spent pouring over the original certificates of survey for almost 30,000 properties.  Tracey copied by hand the drawings of the properties and transcribed the metes and bounds description of the exact outline and measurements.  Eventually, Grace Tracey joined her father in his research.  Together, they organized the information onto cards that are indexed by property name and landowner.  Their work – done without the aid of computers and photocopiers – testifies to their dedication to history.

In Maryland, the landowner selected a name for the property to distinguish it from all the other properties.  Dr. Tracey examined the names of approximately 2,000 tracts in Carroll County and noticed several trends.

The names of 665 properties included the name of the owner, such as “George’s Lot.”  This could sometimes lead to confusion.  For example, ten tract names begin with “Peter’s.”  Thirty-five tracts were named for women, such as “Mollie’s Habitation.”

Seventy-three names referred to natural features.  Among these were “Limestone Hill,” Terra Rubra” and “Fertile Meadows.”  Not all the names had good connotations.  There was “Scarce of Timber” and ten tracts name began with “Stoney.”

Some landowners – 39 to be exact – chose inspiring names for their new homes.  These included “Brotherly Love,” “Fair Play,” “Neighbor’s Good Will” and “Peace and Good Will.” Twenty others chose less inspiring names such as “Swamp Miserable,” “Valley of Strife,” “Troublesome,” and “Hell Point.”

Thirteen properties received patriotic names.  Among those were “Bunker Hill Fortified,” “General Bonapart [sic] The Friend of Liberty,” and “Peace with England” (which was patented in 1776).

There were also properties whose names do not fit into any broad category but probably had a special meaning for the owner.  Among these tracts are “Silly Number,” “Scared from Home,” “A Cork to the Empty Bottle,” “Tumbling Down the Hill,” “Smith’s Mistake Rectified,” “Scheme” (and also “Scheaming [sic] Defeated”), “Keep Your Wife at Home,” “I Will and Hoffman Shall Not” and “Can’t You be Easy and Let Me Alone.”  And one that seems to sum them all up – “I Forgot the Name.”  If only we knew the full stories behind these properties.

Dr. Arthur Tracey died on March 31, 1960 but his work lives on at the Historical Society of Carroll County.  The Tracey collection was donated to the Society and it is one of the most used resources in the research library, valuable not only to those interested in land but also those tracing their family’s roots.

Author Catherine Baty is Curator of Collections at the Historical Society of Carroll County. 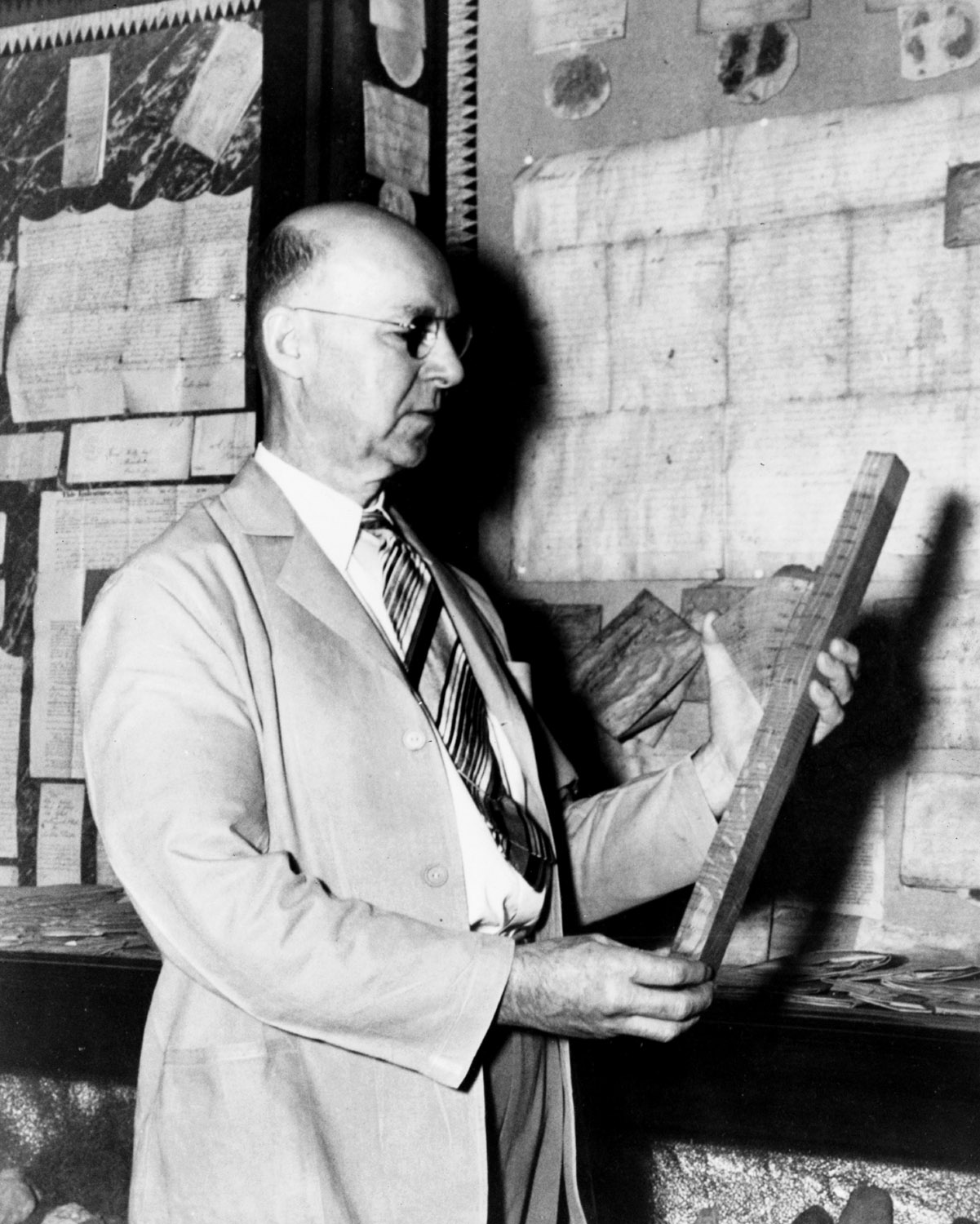 Photo Caption: Dr. Arthur Tracey of Hampstead was a pioneer in researching land ownership in Carroll County.  Photo courtesy of the Historical Society of Carroll County.