Snowden Detailed Life as a Slave After Buying His Freedom

Nineteenth-century American history only recognizes a few African Americans as outstanding role models—people like Harriet Tubman, Frederick Douglass, Booker T. Washington, and George Washington Carver. Carroll County’s John Baptist Snowden may not rank with those named above, but his struggles and achievements are definitely worth remembering during Black History Month.

Like Douglass, John Snowden was born a slave and left behind an autobiography detailing his early life. He had experienced five different owners in Anne Arundel County by the time he was a teenager. He described himself as “willing and obedient” during his youth, and it appears he was treated considerably better than Douglass. Both men became literate thanks to their strong desire for education. While Douglass escaped slavery by heading North, Snowden bought his freedom.

Maryland had plenty of examples of men and women who earned their freedom through years of hard work. In Snowden’s case, the money came from peddling baskets and hickory brooms he made, peppermint drops he distilled, and other small items he produced that were bought by his Anne Arundel neighbors. Sometime in the 1820s, he and his master reached an agreement on the price of his freedom and he apparently left the area.

In the meantime, religion became a vital part of his life, particularly Methodism as practiced in the African American community. He learned to read thanks, in large part, to having a Methodist hymnal and the New Testament. In 1823, he was licensed to preach at the age of 22 while still working for his fifth master. He continued as a minister for 62 more years. At first his ministry was limited to Anne Arundel County because he was a slave; once free, he preached on circuits throughout much of central Maryland—Harford, Baltimore, Carroll, and Frederick counties, even going into Gettysburg, Pennsylvania, and Leesburg, Virginia. Unlike many Methodist preachers who traveled their circuits every 3-4 weeks on horseback, Snowden walked from church to church, delivering two or three sermons each Sunday.

Carroll County can, I believe, claim John Baptist Snowden as its own because he arrived here about 1830 and married a free black woman in 1831 named Margaret Coone who once belonged to Regina Grandadam, a prominent Westminster Catholic. By marrying a free woman, he ensured that his children would also be free. The couple spent the rest of their lives around Westminster and raised 14 children. All their offspring except their oldest daughter learned to read and write. Margaret never became literate, but when she journeyed to Baltimore to sell the produce from their small farm and the goods of some neighbors, she was more than capable of handling the finances involved. They formed a hard-working team until Margaret’s death in 1870.

During the course of his life, Snowden was a member of both the Baltimore and Washington Methodist Episcopal conferences. Several sons became ministers or held responsible positions in business circles. His daughters married ministers and other respected citizens. He died in Westminster in 1885, and is buried alongside family members at historic Ellsworth Cemetery just off Route 140. 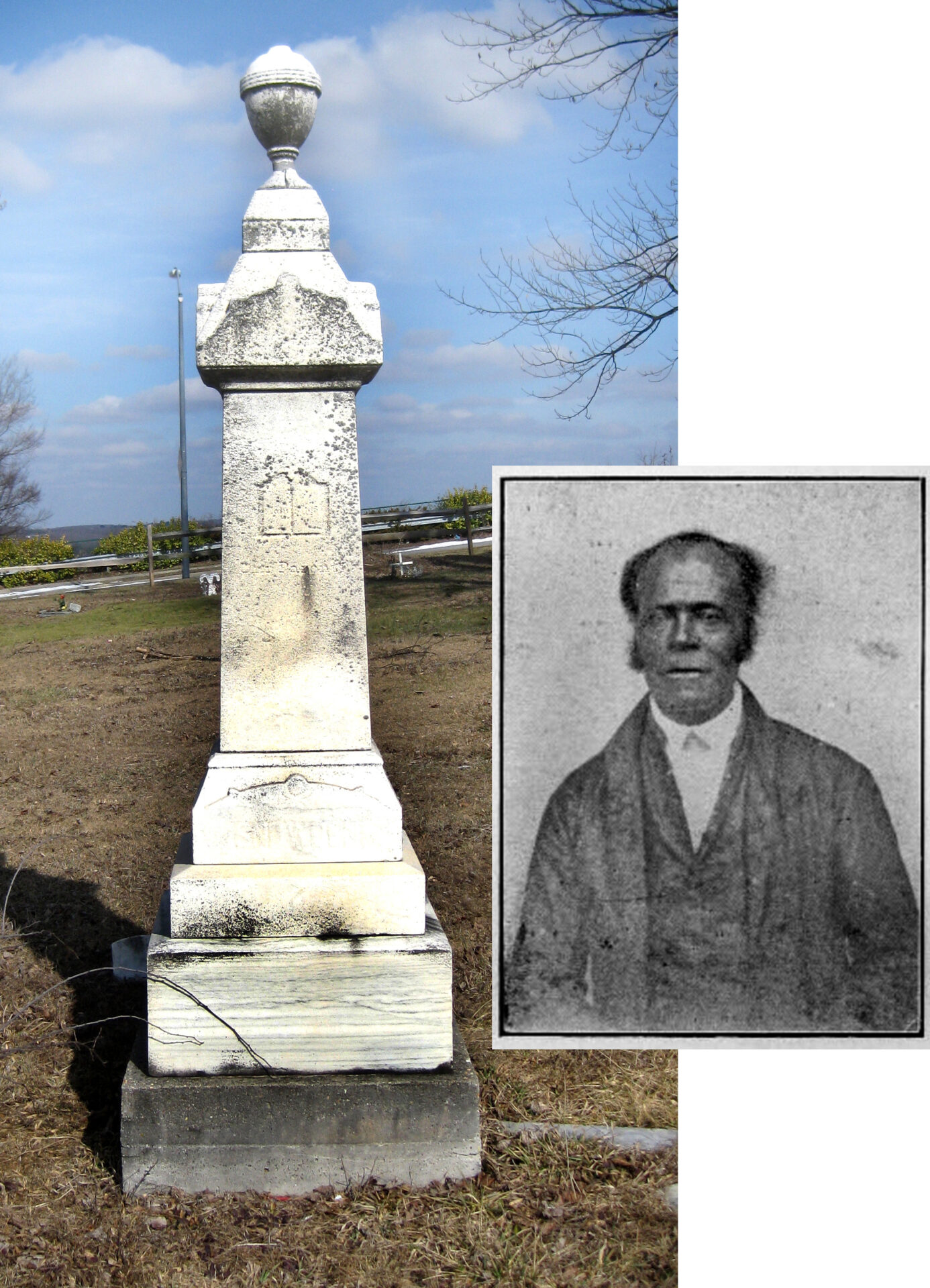 Photo caption: This is the only available image of The Reverend John Baptist Snowden. It appeared in his autobiography published posthumously by his son, Thomas Baptist Snowden. His gravestone is one of the more prominent ones at Ellsworth Cemetery.