In her own lifetime Nancy Saunders was a celebrated African American resident of the Sam’s Creek area when the nation was celebrating the centenary of its independence. Her reported age in 1881 of 114 years firmly tied her to those years of revolution. The first known official mention of Nancy occurred in 1830. She waived her right of dower for the sale of a parcel of land in eastern Frederick County by her husband, Timothy Saunders. This area, later to be known as the Hills, is located west of today’s Englar’s Mill in Frederick County along the New Windsor Road.
Timothy Saunders was born a slave. On November 26, 1819, a slave named “Tim” turned 32 and was freed by Jacob Landis. There is little doubt that this was Timothy. Just six years later he bought half an acre in the Hills, with another adjacent acre given to him in 1828 by the Landis family in recognition of “services rendered” to Jacob’s late father, Henry Landis. If the age at freedom is correct, this would mean that Timothy was born in 1787. In the 1850
census for Frederick County he was enumerated as 70 years old, thus born circa 1780. Nancy, listed as Anne, was 68 years old. Timothy was also listed that year in the Carroll County census in the household of Jacob Landis, where his age was 68. Apparently, he was still employed by the Landis family and divided his time between Jacob’s household and his home with Nancy The same year as that census, Timothy Saunders and six other trustees purchased one acre of land in the Hills “for the use of the colored people as a public burial ground and … to be erected or built thereon a house or place of worship …” It would be called Mt. Olive M.E. Church.

Saunders was the first listed on the deed, most likely a statement that demonstrated his commitment to provide a place for prayer and rest for free and enslaved African Americans along the Carroll/Frederick border. This church and cemetery solidified the Hills as a community for African Americans in the years before and the century after Emancipation. Timothy wrote his will in 1854. It was probated in 1857. Nancy was left the majority of his estate. However, each of his living children, Mary (Polly) Wappins, Mariah Thompson, Harriet Nelson, Alexander, George and Enoch, were remembered. Even the two daughters, Laura and Sarah Jane, of his deceased son, Timothy, were carefully included. Thomas Devilbiss, described as “my Friend,” was the sole executor. Following her husband’s death, Nancy lived with Enoch’s family in the Hills, where her age was apparently mistakenly recorded as 67 in the 1860 census. Ten years later she was listed as 90 years old, but now was living with George and his wife overlooking the old Landis mill, then called Englar’s Mill. In the final installment, the reason for Nancy’s settlement in Sam’s Creek is revealed.  Guest columnists W. Peter Pearre and Jeff Duvall enjoy researching the history of Carroll and
Frederick counties. 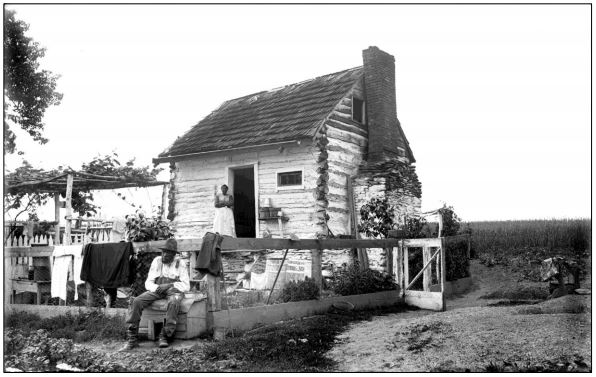