This Isn’t Just Any Old House in Westminster

Over the course of three evenings in July 1957, hundreds of people gathered in the yard behind the house at 206 East Main Street in Westminster. The reason? A pageant to celebrate the house’s 150th anniversary. Written by Dorothy Elderdice and featuring a cast of almost 100, the play depicted key events in the home’s history.

The house stands on the corner of East Main and Sycamore Streets, just to the west of the lots laid out by William Winchester in the original plat for the city of Westminster, filed in 1764. Jacob Sherman purchased the lot in May 1806 from William Winchester, Jr., and built an elegant home.

The design of the house is related to the traditional farmhouse style that was popular in Carroll County throughout the 19th century: L-shaped, 2½-stories, with a double-tiered porch on the rear. But, as is often the case, the difference is in the details. Sherman’s house has over-sized windows that provide light and air, and a decorative brick cornice on the front façade. Inside there are unique touches such as hinges that are cut on an angle so the doors close automatically and a drain made of stone in the kitchen floor. Grained and marbleized woodwork throughout the house is another touch that demonstrated the affluence and refined taste of the owner.

Its location at the heart of Westminster has made the house a witness to history. In the earliest years, Conestoga wagons rolled past the house along what was then described as “the main road to Baltimore.” Usually the lead horse in each team worn a set of bells to warn pedestrians and other wagons of their passage along the narrow roads. The tinkling of the bells combined with the creaking of the wagons and the sound of the horses’ footsteps to create a cacophony up and down the street.

In 1863, the Union men of the 1st Delaware Cavalry dashed past the house on the way to their fateful encounter at the Washington Road with the Confederate cavalry led by General J.E.B. Stuart. 14-year-old Mary Shellman recalled that “two men engaged in a hand to hand conflict, the Delaware man falling from his horse apparently mortally wounded . . .” directly in front of the house. On July 9, 1864, Confederate General Bradley T. Johnson and Colonel Harry Gilmor made their headquarters in the house for a few hours during their march through Maryland.

In 1885, Alexander Graham Bell stopped by the house to visit Mary Shellman and congratulate her on her work as the first telephone operator in Westminster.

Today, the house is known as the Sherman-Fisher-Shellman House and belongs to the Historical Society of Carroll County. The Society was established in 1939 to save the house from demolition. It has been carefully restored to its original appearance and furnished to depict the life of the Sherman family. This summer, guided tours of the house will be offered on the second and fourth Saturday mornings of June, July, and August. For more information about the tours, contact the Society at 410-848-6494. 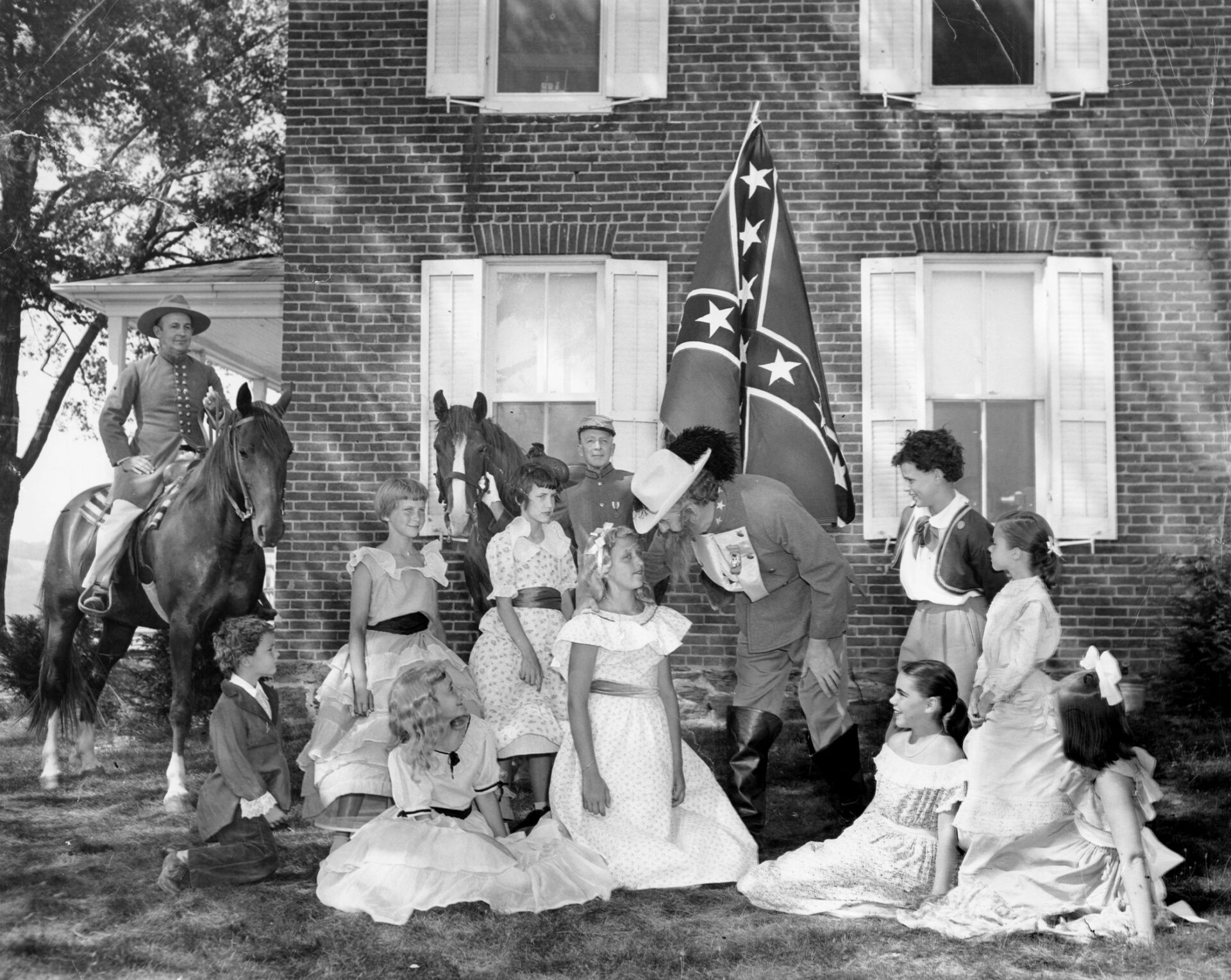