In 1918 at the age of ten, my mother contracted Spanish flu, collapsed at the home of neighbors, and was nursed back to health by her parents who practiced the Christian Science faith.  She lived another 87 years, fortunate to have survived one of the twentieth century’s worst epidemics.  Millions of other people were not so lucky.

The last year of World War I must have seemed cursed because it brought death from two sides – disease and war.  During the first nine months, Carroll newspapers occasionally carried the names of local men dying on battlefields in Europe, but in October the Spanish flu resurfaced in a much more deadly form than it had appeared that spring.

A headline in the October 11, 1918 Democratic Advocate read, “The Grip Epidemic: Disease Spreading, But No Occasion For Panic.”  The article mentioned the outbreak had begun about 10 days before and “drastic steps throughout the nation are called for” – a statement conflicting with the optimistic headline.   In addition, it disclosed the flu was “unchecked” in army camps where the country’s youth were being trained for the fight overseas.  Hospitals in Washington, D.C. were filled to capacity.

The disease was obviously spreading at an alarming rate, especially in areas where large numbers of people were assembled to support the war effort.  Everyone was urged to give complete cooperation to public authorities and “exercise unusual care as to health.”

Soon Carroll newspapers were not just publishing the obituaries of combatants but of dozens of local men and women dying in the prime of life.  In contrast to the typical U-shaped graph of deaths from most diseases which showed high mortality among infants and the elderly, a graph of deaths from Spanish flu was W-shaped.   People between 20 and 45 were especially hard-hit.  Children were orphaned or a parent left to raise them without the help of a spouse.

Frank Monroe Miller, the son of Noah and Lizzie Miller of Westminster, enlisted in the Navy as a musician at age eighteen along with two friends in the autumn of 1918.  He arrived at the sprawling naval base in Hampton Roads, Virginia, in mid-September and by October 5 was dead of the flu.  “Owing to the congestion of affairs at the Base Hospital caused by the rapid growth of the epidemic, his body was not prepared for shipment until Tuesday and reached this city Wednesday morning…”  His pallbearers were members of the Boy Scout troop to which he had belonged when the accompanying photograph was taken in 1916.  Frank’s lucky friends returned to successful lives in Westminster following their time in the service. 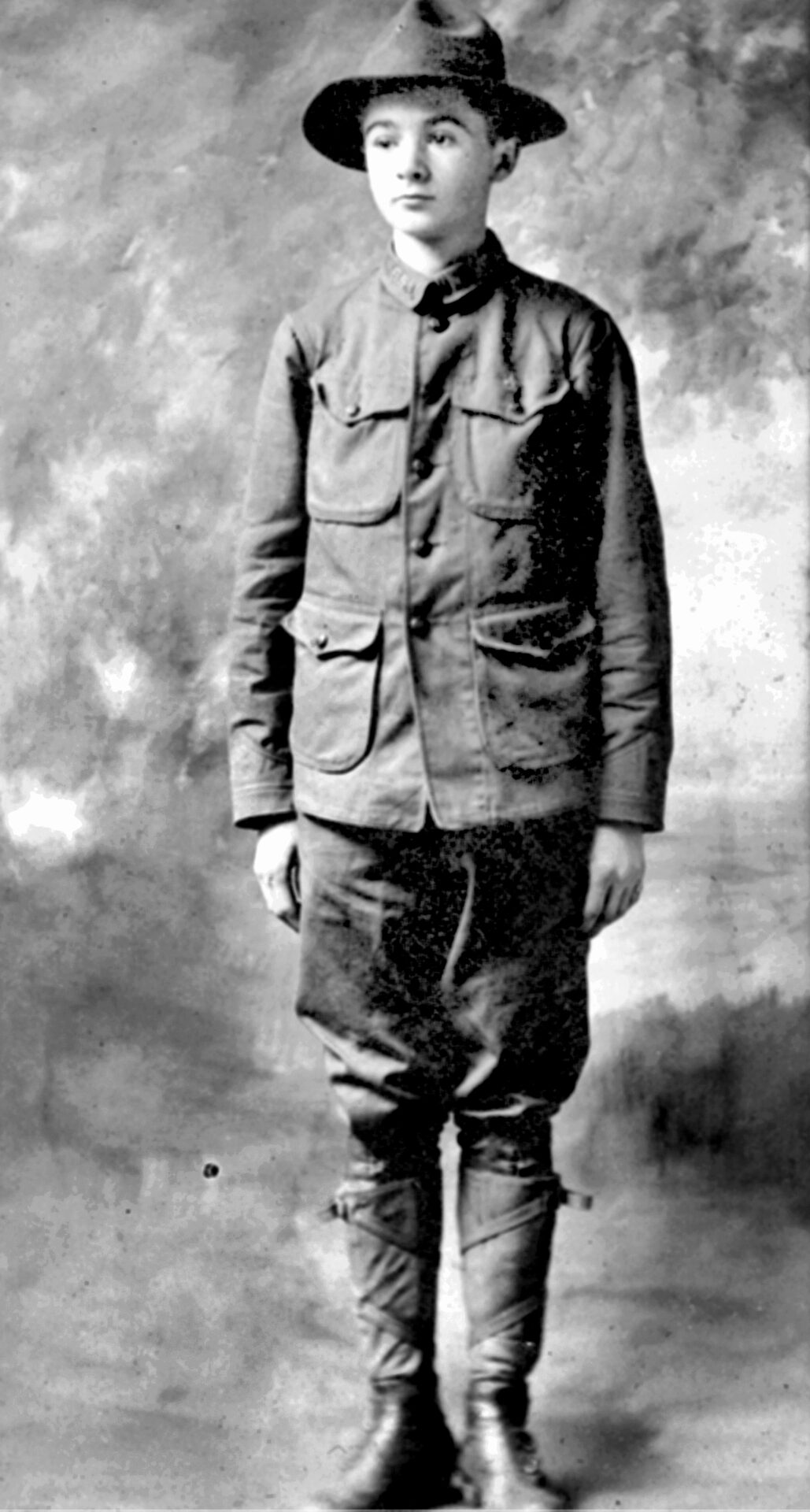 Photo caption:  Frank Monroe Miller, pictured here at age 16 in his Boy Scout uniform, was one of the early local victims of the Spanish flu epidemic while he was in military training at Hampton Roads, Virginia, during the fall of 1918.